For preborn children with disabilities, a prenatal diagnosis is often a death sentence, with parents choosing abortion simply because their child is different. Pro-lifers and disability rights advocates speak out against the practice, but their voices are often drowned out by those who insist that no parent should be forced to raise a child with a disability if they don’t want to. All that matters is what the parent wants, and a child’s life can be stripped away from them, solely due to disability. This is eugenics, plain and simple, but that reality is not something people often want to hear. And yet, the truth must be spoken boldly.

Pope Francis was giving a prepared speech for the Forum of Family Associations in Vatican City when he brought up the topic of abortion due to disability. “It is fashionable, or at least usual, that when in the first few months of a pregnancy doctors do studies to see if the child is healthy or has something, the first idea is: ‘Let’s send it away,’” he said. “We do the same as the Nazis to maintain the purity of the race, but with white gloves on.” 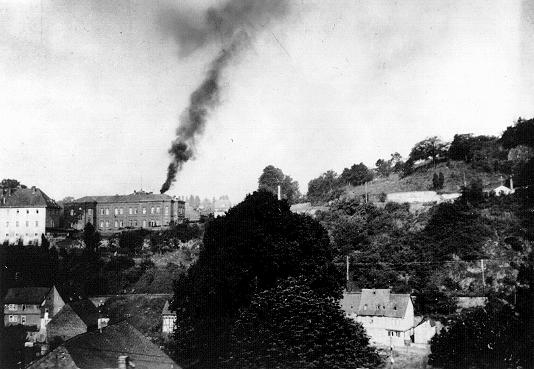 The pope’s condemnation of abortion due to disability comes at a time when preborn children with disabilities are under attack more than ever. Iceland, controversially, has practically eradicated Down syndrome, with virtually every single baby receiving a diagnosis becoming a victim of abortion. Denmark has what is called an “unofficial” government policy to eradicate Down syndrome through abortion by the year 2030. In Australia, prenatal tests were marketed as a way to “effectively end Down syndrome.” In the United Kingdom, abortion is illegal after 24 weeks of pregnancy — unless the preborn baby has a disability, even one as minor as a cleft lip. And then the baby can become a victim of abortion, even in the third trimester. In the Netherlands, women are told they have a “moral duty” to have an abortion if their preborn child has Down syndrome. And it’s not much better in the United States; if a woman gets a prenatal diagnosis of a disability, she is often pressured to abort as well.

Pope Francis’ comparison to Nazis will almost certainly rub abortion advocates the wrong way, but the comparison is apt. While the Nazis are most notorious for the killing of millions of innocent people, largely for being Jewish, the Nazis started first by targeting people with disabilities. In 1933, the Nazis passed a law mandating the forced sterilization of people with disabilities, and over 400,000 people were sterilized, possibly against their will. Conditions such as schizophrenia, epilepsy, and “imbecility” could cause someone to be forcibly sterilized, as well as alcoholism or other addictions.

But soon, the plan spread to outright killing; Hitler made the euthanasia of people with disabilities legal. As many as 300,000 people with disabilities were killed, including children. These innocent people were put onto buses and taken to the Nazi killing center on Tiergartenstraße 4, which is where the name “Aktion T4” came from. Doctors and midwives were required to report the birth of any newborn who appeared to have a disability, so the baby could be quickly killed, even if their parents did not consent.

Aktion T4 was horrifying — but the eugenics mindset persists and, chillingly, is flourishing across the world.

As Pope Francis said, what we are doing to preborn children with disabilities now is no different from what the Nazis were doing 80 years ago. People with disabilities have the right to live, too, and they don’t deserve to have their lives cruelly ripped away from them simply because they are different.