Earlier this month, Oklahoma Governor Kevin Stitt signed into law a bill that makes the majority of abortions a felony. Planned Parenthood is not pleased, slamming the bill as “cruel,” and has now launched a campaign in retaliation, aimed squarely at Stitt.

“We have been in the middle of a crisis for the last seven months — as Texans have been forced to leave their home states for care — and now Oklahomans may have to do the same,” she said. “It’s unconscionable. But know this: the law signed today is not yet in effect, and abortion remains legal in Oklahoma. We will fight back against these cruel bans in court because people shouldn’t have to cross state lines in secret to access care that should be available in their communities.”

Under the new Oklahoma law, the mother would receive no penalties for undergoing an abortion. The abortionist, however, would face a felony punishable by up to 10 years in prison and a $100,000 fine. “I promised Oklahomans that I would sign every pro-life bill that hits my desk and that’s what we’re doing today,” Stitt said at the signing ceremony. “As governor, I represent all 4 million Oklahomans, and they overwhelmingly support protecting life in the state of Oklahoma. We want Oklahoma to be the most pro-life state in the country. We want to outlaw abortion in the state of Oklahoma.”

Planned Parenthood has retaliated with an ad campaign directed toward Stitt, ostensibly spending “nearly six figures.” The ads will run on social media in Oklahoma, as well as some parts of Texas. In the meantime, the Planned Parenthood Great Plains website announced that it is still committing chemical and surgical abortions. 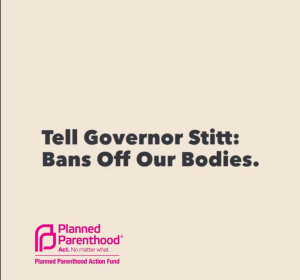 Oklahoma’s law is scheduled to take effect this summer, though Planned Parenthood and other abortion advocacy groups are already promising to file lawsuits to block it.

Additionally, the Supreme Court decision in Dobbs v. Jackson Women’s Health Organization is expected this summer, which could potentially overturn Roe v. Wade, making the legalization of abortion a decision made by state lawmakers, instead of a federal “right” imposed on the nation.