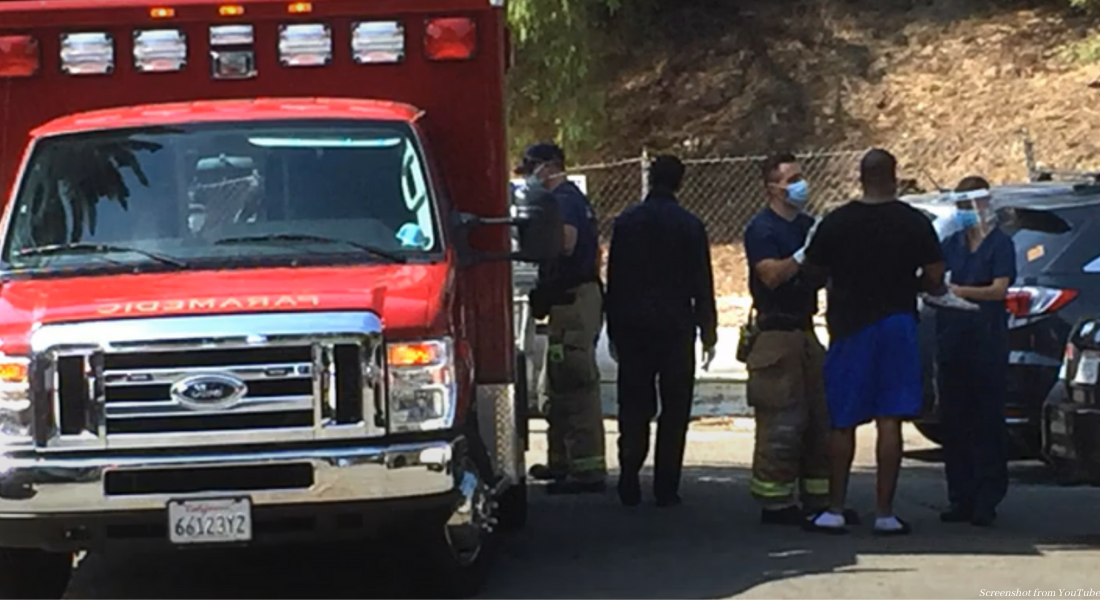 A 29-year-old woman was injured at a California Planned Parenthood facility after she had difficulties with the drugs administered to her during the abortion. Pro-life witnesses reported that she was covered by a tarp and taken by ambulance to Kaiser Permanente Hospital in Walnut Creek.

According to Operation Rescue, which obtained the Computer Aided Dispatch (CAD) printout and the 911 audio, the ambulance was dispatched Priority 1, meaning an emergency serious enough to require the use of lights and sirens. In the 911 call, the facility staffer explained the patient was given several drugs, was having difficulty breathing, and had not fully regained consciousness.

“We have a patient here who we were doing a procedure on,” the staffer said. “She was given fentanyl and midazolam, or Versed. She is having a slow response to the medication as far as coming out of it. “We gave Narcan, but she is still not… ” The 911 dispatcher asked if she was awake, to which the staffer said she was “in and out,” and that she was breathing, but that her oxygen saturation was not as high as it should be. The dispatcher further requested that a defibrillator be placed in the patient’s room in case emergency personnel needed it, but according to the CAD printout, the facility did not have one.

“It is completely irresponsible for Planned Parenthood to conduct surgical abortions under sedation without a defibrillator on hand in the event of a medical emergency like the one this woman experienced,” Operation Rescue President Troy Newman said in a statement. “By not having one available, Planned Parenthood placed this woman’s life in danger, along with every other woman who had an abortion there.”

This woman’s emergency is similar to that of Keisha Atkins, who died in 2017 after a late-term abortion. Atkins, who visited Southwestern Women’s Options in New Mexico, was repeatedly drugged with fentanyl and Versed. Like the woman in California, Atkins experienced breathing problems. Versed in particular is used to cause sleepiness, and to ensure that the patient will have no memory of the details of the procedure. One of the side effects it is known for is “serious or life-threatening breathing problems such as shallow, slowed, or temporarily stopped breathing that may lead to permanent brain injury or death.”

Fentanyl and Versed have a place when used by legitimate health care providers for surgical procedures. But as is routinely discovered, abortion facilities rarely have the emergency equipment available to handle any potential problems. Without proper training, knowledge, and tools, these facilities should not be dosing women with dangerous drugs that they cannot safely administer.