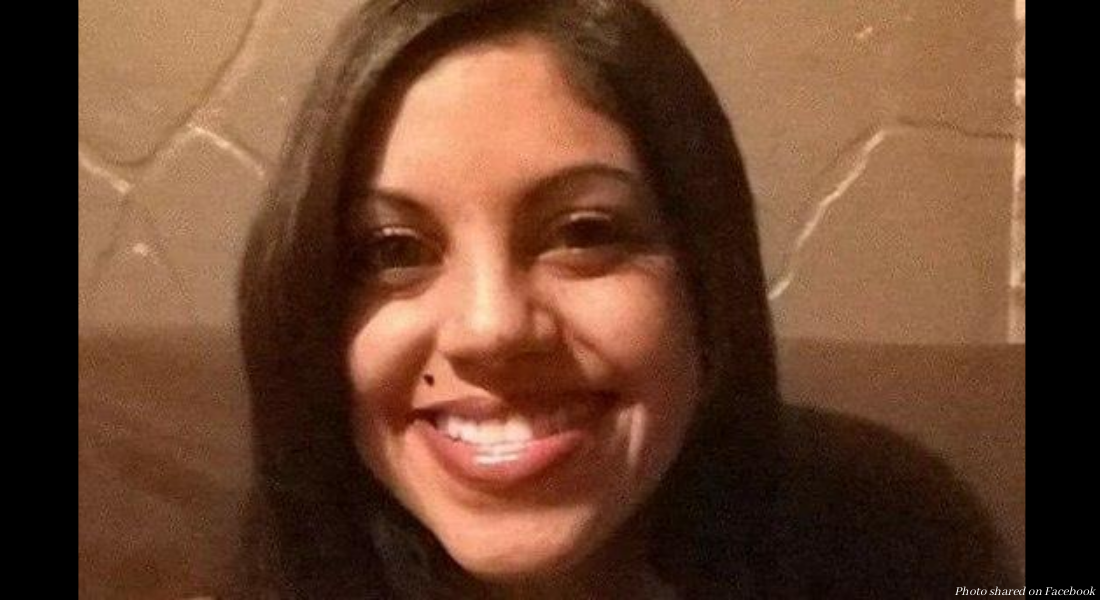 Atkins is believed to have been about six months pregnant when she visited Southwestern Women’s Options in New Mexico on January 31, 2017, to begin a late-term induction abortion procedure. On the first day of an induction abortion, the abortionist begins dilating the woman’s cervix and injects a feticide, such as digoxin, into the preborn baby’s heart to cause cardiac arrest. The woman then leaves the abortion facility to wait several days for cervical dilation to continue. After three to four days, she returns to the facility to deliver the body of her dead baby, although it is possible that she may give birth on her own at home or in her hotel room.

Other documents obtained by Abortion on Trial reveal that in the days between her initial appointment and her death, Atkins was continually given the dangerous medications fentanyl and Versed (midazolam) multiple times each day by abortion facility staff. 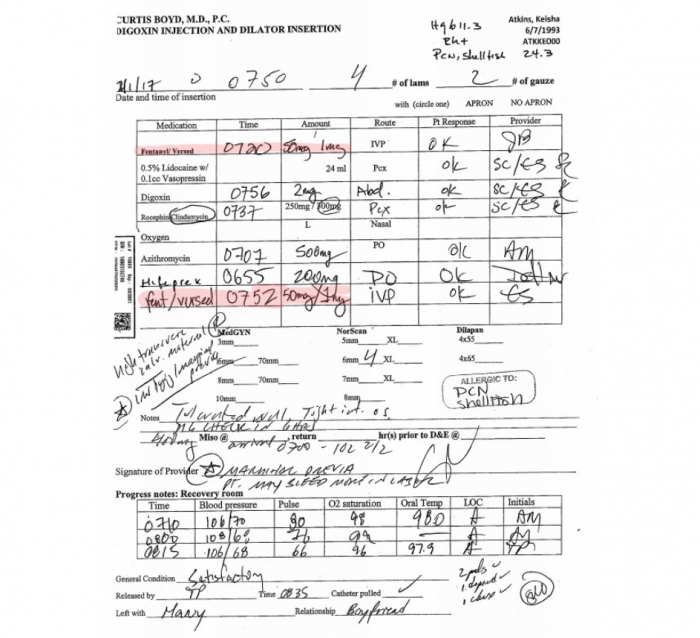 The CDC describes fentanyl as a pain reliever “approved for treating severe pain, typically advanced cancer pain,” and as 50-100 times stronger than Morphine. According to the DEA, side effects include “sedation, confusion, drowsiness, dizziness, nausea, vomiting,” and more. Medline explicitly states that fentanyl should only be used to treat cancer pain and that it can cause “serious breathing problems.”

Versed, or midazolam, is a medication used to cause sleepiness before surgery, and according to Medline, ensure the patient will not remember the details of the procedure. Medline also noted that Versed is known to cause “serious or life-threatening breathing problems such as shallow, slowed, or temporarily stopped breathing that may lead to permanent brain injury or death.” 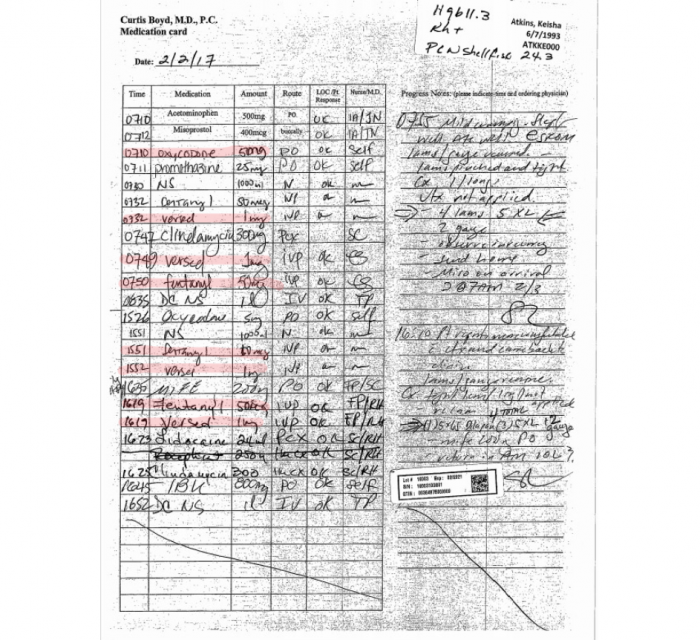 In addition to these two drugs, Atkins was also given oxycodone, another pain reliever that Medline states can cause “serious or life-threatening breathing problems.” It appears that Atkins also received at least two doses of Mifeprex (the abortion pill), as well as two different antibiotics – azithromycin and clindamycin.

After being given two doses of both fentanyl and Versed on February 1, Atkins was taken to her hotel room. The next day, Atkins returned to the abortion facility, where she was given numerous doses of all three medications — fentanyl, Versed, and oxycodone — before being sent back to her hotel room, where she spent another night on her own, without any medical professionals monitoring her condition. On February 3, Atkins reported back to the facility once more, where she was again given fentanyl, Versed, and oxycodone, despite suffering from labored breathing. She was given Benadryl and Albuterol but began suffering from respiratory distress and was transferred to the hospital, where she died. 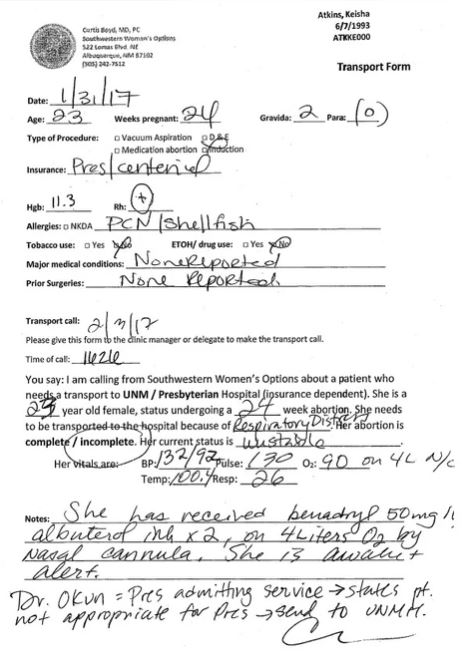 It’s not clear what role the medications may have played in Atkins’ death, but at the very least, it seems irresponsible to repeatedly administer the same medications to a patient which are known to cause trouble breathing when the patient is already struggling to breathe. This New Mexico facility has harmed many women, and Atkins lost her life there, as did her preborn baby.

Editor’s Note, 8/14: This post has been corrected from its original version and an operative report from UNM has been added.