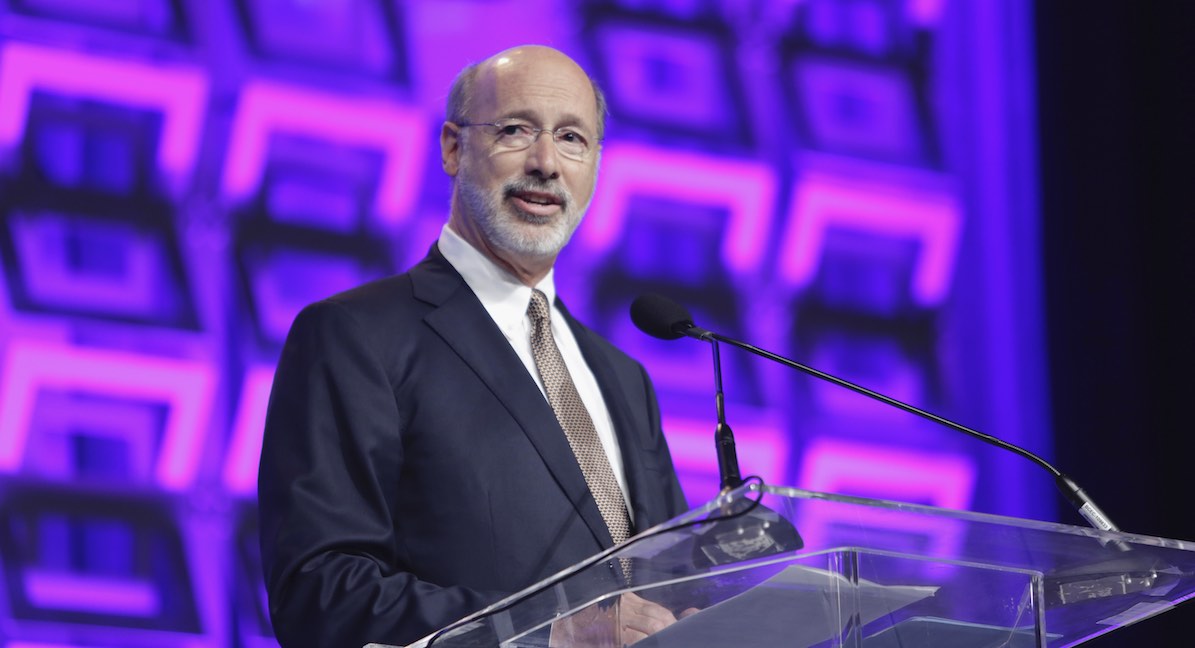 Pennsylvania Governor Tom Wolf is under fire from a host of pro-lifers after declaring that the Sept. 27 Pennsylvania March for Life in the state’s Harrisburg capital was actually an “anti-woman” event. The Democratic leader stood on his Twitter platform to make his criticism:

Today’s “March for Life” in Harrisburg is just an anti-woman rally by a different name.

They want to remove health care options during pregnancy — a time when so many already can't access life-saving care.

I've vetoed 3 anti-choice bills. I'll veto any others that come to me.

“Today’s ‘March for Life’ in Harrisburg is just an anti-woman rally by a different name,” Wolf wrote. “They want to remove health care options during pregnancy — a time when so many already can’t access life-saving care. I’ve vetoed 3 anti-choice bills. I’ll veto any others that come to me.”

Among those responding to the governor were the rally’s speakers, including The Radiance Foundation leader and March for Life emcee, Ryan Bomberger:

Thank God my birthmom rejected the violence of abortion. I was adopted and loved instead. Thank God my 9 adopted siblings' birthmoms chose to be stronger than abortion, too. Yet you want people like us to be aborted. I was the Emcee of today's very #ProWoman #PAMarchForLife. pic.twitter.com/WBRBwulKNR

“Thank God my birth mom rejected the violence of abortion. I was adopted and loved instead,” Bomberger said. “Thank God my 9 adopted siblings birthmoms chose to be stronger than abortion, too. Yet you want people like us to be aborted. I was the Emcee of very #ProWoman #PAMarchforLife.”

“Anti-woman rally” where the majority of attendee and speakers were women. Lol. You are a joke.

“Anti-woman rally” where the majority of attendee and speakers were women. Lol. You are a
joke.”

The Christian Post reported that there have been “tense encounters between pro-life activists and public officials” within the state, citing the 2019 incident in which Democratic State Rep. Brian Sims “sparked outrage after harassing an elderly pro-life protester stationed outside a Planned Parenthood in Philadelphia and offering $100 to anyone who identified a woman and her two
daughters praying outside the clinic.” He later apologized, but is now running for lieutenant governor, the Christian Post reported.

Additionally, the Christian Post reported that in 2017, pro-life teenagers demonstrating on a sidewalk outside a school were confronted by the assistant principal. He told the pro-life protesters to “go to Hell where they are too” and asserted preborn babies “are not children” but “cells.” The principal was placed on leave, then resigned.

The incidents are examples of tensions that have marked the state for years, however, Wolf’s remarks seem to have only added to them as the political divide was present. WGAL reported on the march and its pro-life participants, including those who spoke at the rally — two of whom were House Speaker Bryan Cutler (R-100) and Senate Majority Leader Kim Ward (R-39):

In addition to declaring he would continue to veto any restrictions on a woman’s right to choose, Wolf also added, according to WGAL, “Instead of rallying for policies that have detrimental impacts on commonwealth residents, we should all be focused on policies to support women, children and families.”

Penn Live also carried the story of thousands descending on the Capitol. Mike Kelemen of Lower Paxton Township in the state came with his two daughters, saying, “We believe that a baby is a baby from conception. If you follow the science, science says it’s a baby when it’s conceived….” Penn Live added:

Carrie Vogelsong of Mechanicsburg, a mother of three and grandmother of eight, said she came out to support the cause as someone who considered having an abortion years ago when she found herself pregnant at age 19 but decided against it. Today, she works with an organization called Embrace Grace that helps women with unplanned pregnancies.

“With all the advances at science, we know that’s a baby. We know that’s life inside a mother,” she said. “I’ve seen it from the side of a woman who was 19 years old and pregnant and I see it from the side, it’s life. It’s a child and we know how precious each life is.”