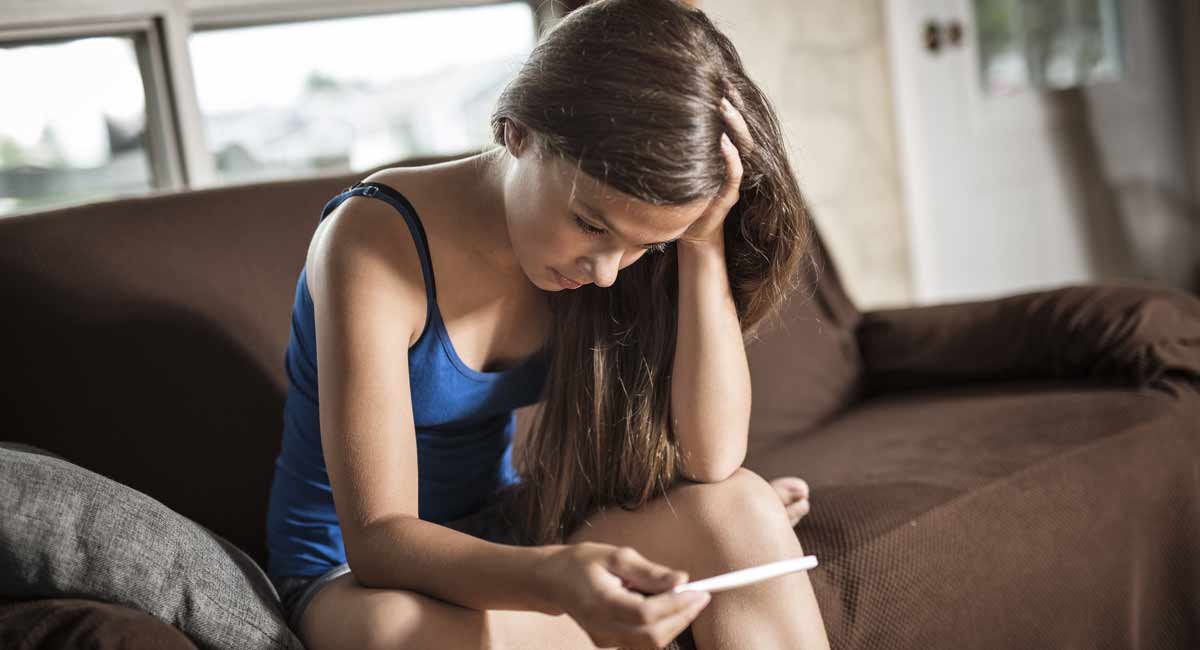 Abortion advocates are playing every emotionally charged card they can in the wake of the leaked Supreme Court decision indicating the court will overturn Roe v. Wade in the coming weeks. To convince society that the end of Roe would mean the end of equality for women, pro-abortion enthusiasts are now falsely proclaiming that criminalizing abortion will lead to more teen pregnancies.

Abortion has not decreased teen pregnancy

Though the article does admit that “Gen Z girls are… having less sex than their predecessors…” it also claims that Roe v. Wade helped to reduce teen pregnancy. Despite this claim, legalized abortion is not the cause of the decline in the teen pregnancy rate.

According to the pro-abortion Guttmacher Institute, the teen pregnancy rate peaked in 1990 at 117.6 pregnancies per 1,000 teenage girls aged 15 to 19. That was 17 years after abortion was legalized in the United States. Since then, the teen pregnancy rate has declined by an astounding 73%. In 2017, there were 14 pregnancies per 1,000 girls ages 15-17 (down from a peak of 75 in 1989), and 57 pregnancies per 1,000 girls aged 18-19 (down from a peak of 175 in 1991). While groups like Planned Parenthood jump to take credit for this decline because they sell birth control and abortions to teens, the truth is that other factors appear to be the cause — including an overall continued decline in teenage sexual activity.

Not only are fewer teens having sex, but if they do have sex and pregnancy occurs, fewer teens are having abortions.

USA Today writers interviewed teenage girls about their thoughts on the possible end of Roe and teen pregnancy. What they had to say gives a frightening glimpse into what American girls have been taught about themselves and their value as human beings.

One teen girl revealed that she knows the fastest route to her local Planned Parenthood, just in case.

Another told USA Today that she thinks without Roe the U.S. could “get to that extreme” of The Handmaid’s Tale.

A third girl told USA Today that she and her friends are “very active” sexually and that not being able to have an abortion would be “horrible.”

And a college student said if Roe is overturned she might move back to Canada where abortion is “publicly funded as a medical procedure.” She said, “I just feel that we’re foreshadowing something that’s truly sinister.”

These girls have been taught that being “very active” sexually is normal, but that getting pregnant and being a mother — a natural, biological part of sex — is not. Each of these girls has bought the lie that they can not achieve educational or career success or have a life of value if they do not hold the power to end the lives of their own children. Their value has been reduced to that of mere sexual beings — but pregnancy and motherhood are viewed as weaknesses.

But what’s worse is that they have taken on (and are celebrating) the role of oppressor, believing that dominating another human being because that human being is physically weaker makes them powerful. Legalized abortion has made women and girls believe they must be more like the worst of men in order to succeed.

Roe v. Wade failed the girls of America. It taught them they are worthless and incapable once they become mothers. And now they are actually afraid of a world in which they can’t wield the power to kill. But legalized abortion has not made women equal (because they already are), it has not saved women from poverty, and it has not — through any stretching of the statistics — reduced the teen pregnancy rate.