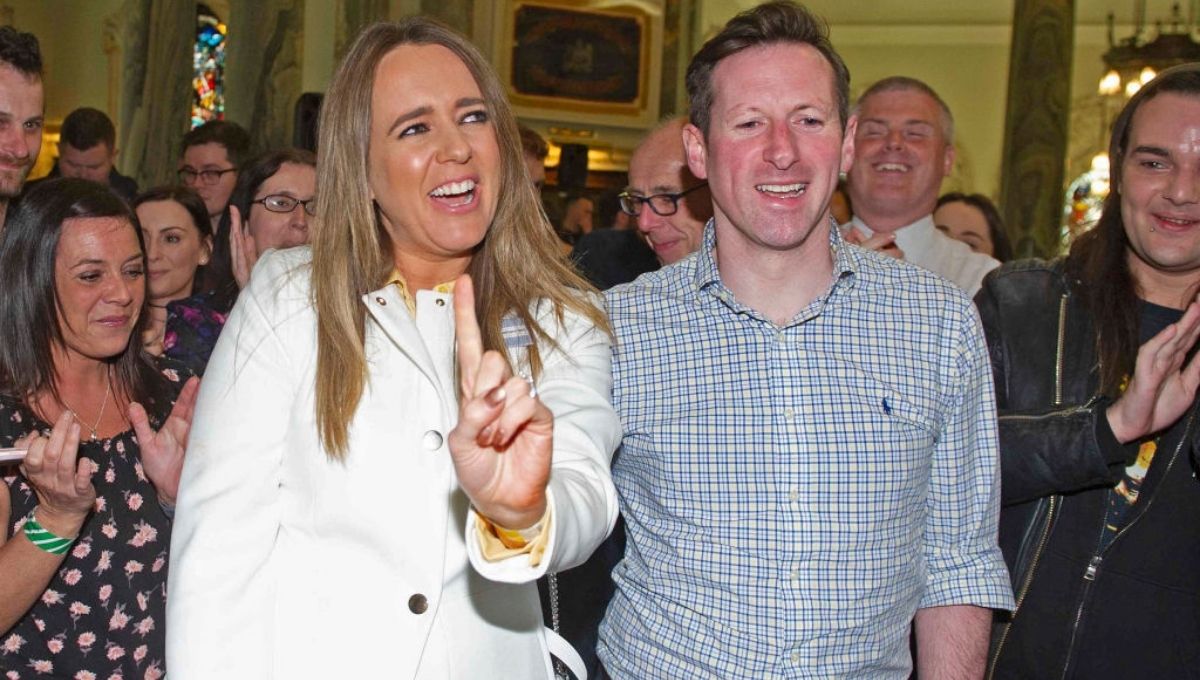 The Lord Mayor of Belfast, Kate Nicholl, is clapping back at anti-abortion advocates simply because they congratulated her on her pregnancy. Nicholl announced her pregnancy with her family while holding a copy of her ultrasound photos. The picture appeared in the Belfast Telegraph on November 15.

Following her announcement, Both Lives Matter offered its congratulations on Twitter, praising Nicholl for showing her ultrasound photos and pointing out that these photos are often labeled “graphic” in the UK and Ireland:

This is wonderful news! We congratulate the Lord Mayor of Belfast as she celebrates her second child due to be born in May. We are so pleased to see her publicly sharing the images of her preborn baby. These images remind us that ‘pregnancy’ is a journey of two lives, a woman and child, a mother and her baby.

These ultrasound images are an important reminder of the dignity and value of preborn life, something we all experienced ourselves as we were all once that preborn baby.

We applaud Kate Nicholl, Lord Mayor of Belfast for allowing the sharing of these images on the front of today’s Belfast Telegraph and we hope that in the future she will defend the use of images showing the development of the baby in the womb to be shown to the public. In other contexts images like these are deemed by some in Belfast City Council as offensive and graphic, and attempts are being made to ban their public display. The question has to be asked; what’s the difference?

While the group merely pointed out the hypocrisy that comes when ultrasound pictures are sometimes celebrated and other times labeled as offensive, Nicholls did not appreciate their comments. 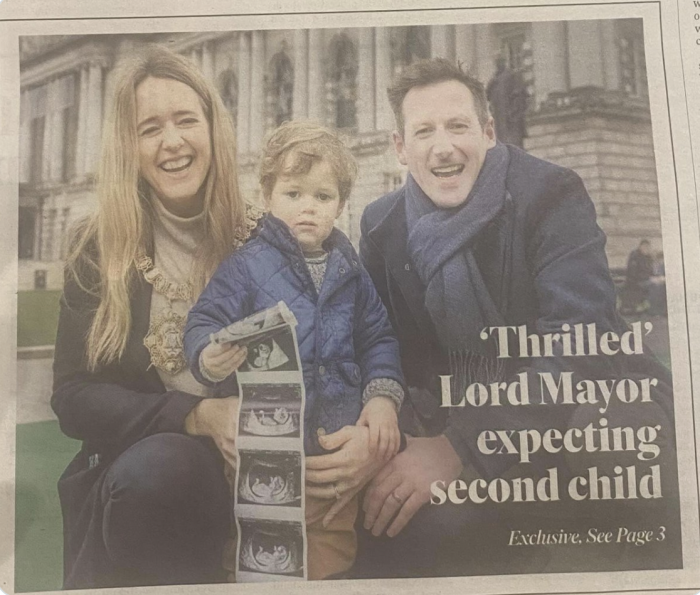 “I am so happy to be pregnant, however not everyone has my circumstances. While I respect differing views on the matter, I will always support a woman’s right to choose what is right for her,” she tweeted. “I deeply resent the insincere congratulations offered in this tweet.”

The Belfast Telegraph reports that earlier this year, the Belfast City Council was said to be drafting bylaws that would prohibit anti-abortion groups from displaying “graphic images” in parts of the city. “Graphic” isn’t explicitly defined in the news report, but there have been instances in Northern Ireland in the past where ultrasound photos and other images of children in the womb were labeled “vile imagery,” and “crap.”

The question is, do abortion advocates bristle at photos of life in the womb because they are offensive and graphic, or because they show the humanity of the preborn child? Once you see proof of life inside the womb, then you are faced with the fact that abortion is the killing of innocent human life.