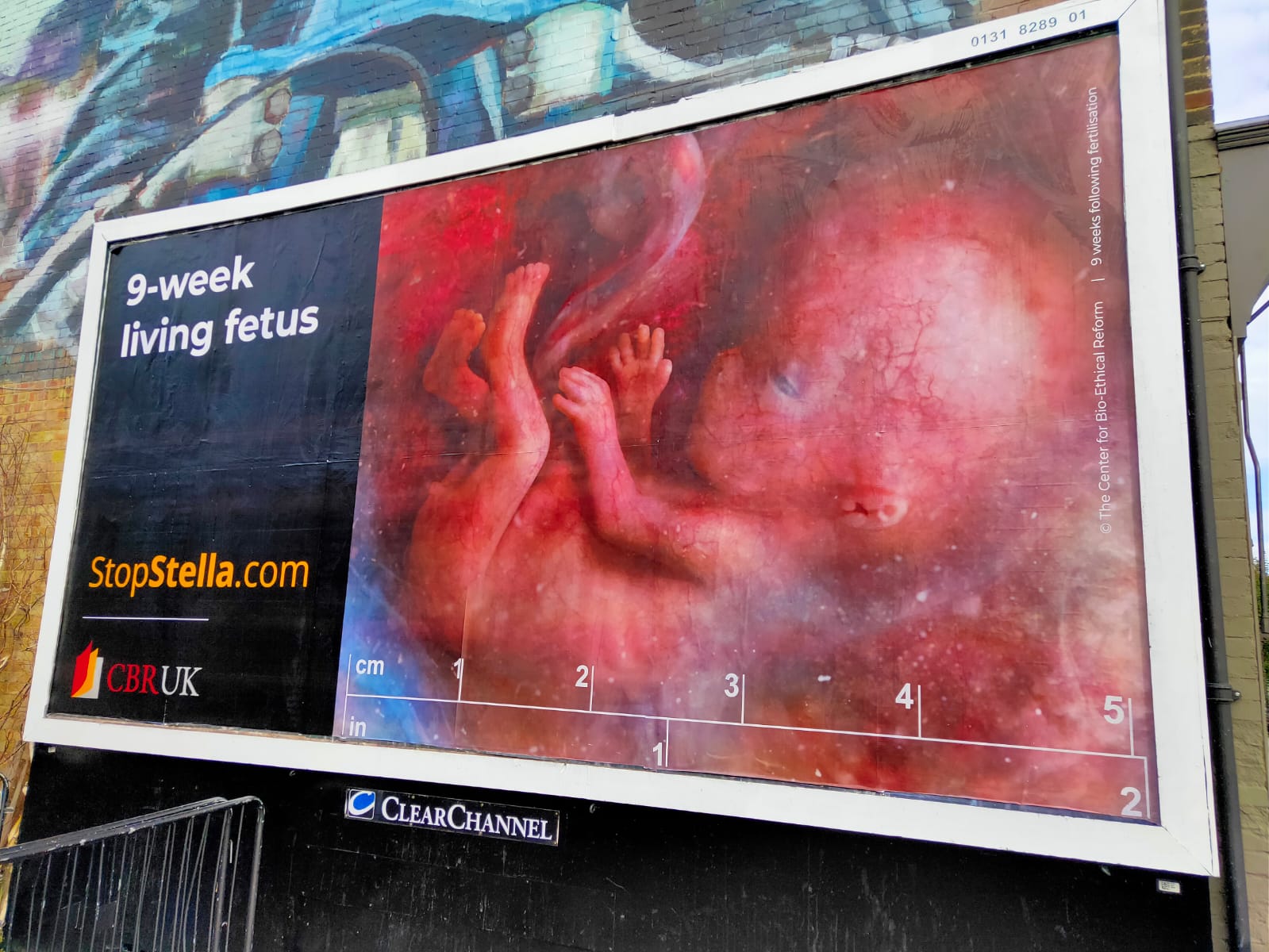 UK Parliament Member Stella Creasy has been at the center of the abortion storm in Northern Ireland as Westminster uses the absence of Northern Ireland’s government to force legalized abortion upon the country. Now a pro-life group has caused a media storm by working to stop Creasy’s abortion agenda. Pro-life group CBRUK created billboards featuring an image of a living preborn child at nine weeks gestation, along with the website StopStella.com. The reactions to the ad have been angry.

The Advertising Standards Authority spokesperson said, “Our rules state that ads must not contain anything that is likely to cause serious or widespread offence.” Is it the image of the living human being in the womb that is found to be offensive, or the name of the website? Creasy has referred to the billboards as “crap” and “harassment” and has demanded they be removed. 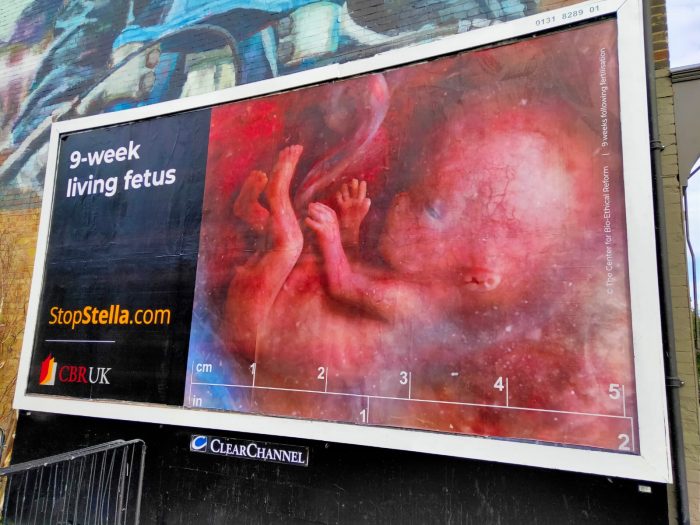 One of the billboards created by pro-life group CBRUK. via Twitter.

According to the Stop Stella site, the #StopStella campaign calls on Creasy “to stop promoting human rights abuses of children in the womb.” It states that Creasy wants to remove all legal protections for preborn children up to 28 weeks gestation — well beyond the point of viability — for any reason. StopStella.com claims the MP’s agenda includes mail-order abortions in the UK, abortion pills given in schools by school nurses, and abortions committed by non-doctors — all of which are dangerous for women. Creasy has voted against banning sex-selective abortion and in favor of decriminalizing abortion until birth in the UK.

In addition to the terms “crap” and “harassment,” Creasy, who is pregnant, called the image of a living preborn human “graphic.”

Twitter-can you get me the CEO of @CCUK_Direct advertising? how much did you get for this crap? @metpoliceuk still think this is just 'free speech' and not harassment of women in walthamstow? Am sorry for the graphic images and @patel4witham am reaching out to you for help now. pic.twitter.com/rOG7Gc3App

Since Creasy is pregnant, this means she must find images of her own child “graphic” — which is, at the very least, shocking. The image of a preborn child shares the truth of life inside the womb, and this truth has been known to cause individuals to become pro-life. But Creasy — who has been accused of “hypocrisy” for using the word baby “when a child is wanted” and changing course for more abortion-friendly terms like fetus when speaking of children at risk for abortion — apparently believes our value as human beings can be determined based on one person’s opinion. Calling an image of a preborn human being “graphic” shows a lack of respect for citizens‘ right to see the truth about human beings in the womb or even have a say in their own abortion laws.

Creasy has called for Clear Channel, who owns the billboards, to donate money earned from the campaign to an abortion support charity, which is ludicrous. The company did nothing wrong in allowing free speech, yet apologized for running the ad after Creasy bullied them on social media.

Creasy believes abortion is a human right and is pushing for zero involvement from the people of Northern Ireland in the legalization of abortion in their own country. She has gone as far as to compare abortion to a vasectomy, proving she has either no grasp of biology or simply refuses to acknowledge science.

Called tonight for government to confirm won’t involve non medical professionals in designing abortion regulations in Northern Ireland – given we wouldn’t do that for vasectomies, women deserve same level of expertise in their care … #NowforNI #trustwomen

One of the six billboards has since been covered with white paint, and Creasy credits that to her supporters. She said in a tweet that Clear Channel should take the posters down and the police should have acted to stop this so-called “harassment.” She also said that MP Priti Patel has “brought in buffer zone legislation to deal with these people in the first place.”

“These people.” Well, that’s one way to alienate the citizenry….

Even with buffer zone laws, pro-life people don’t just go away. They have a right to speak freely about human injustice. But Creasy is yet another example of abortion supporters’ attempts to silence those that disagree with them, who are working to expose the truth about abortion.