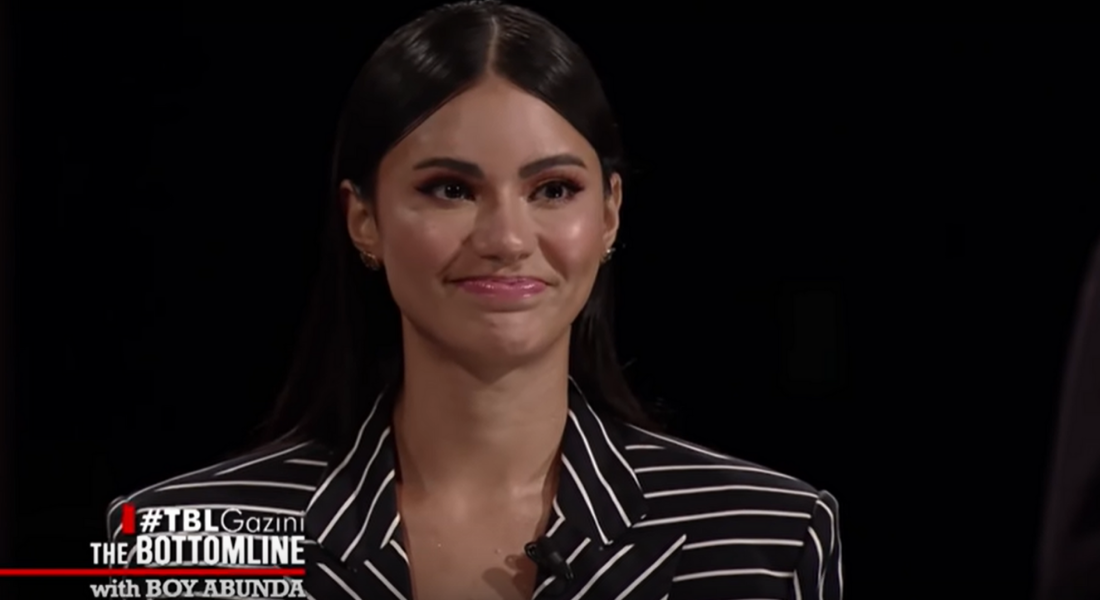 Earlier this month, the annual Miss Universe pageant was held in Georgia. Zozibini Tunzi of South Africa took home the crown, but it’s Miss Philippines, Gazini Ganados, who is making headlines, for her openly pro-life statements.

After passing a law banning abortion after a heartbeat can be detected, many film companies threatened to boycott the state. Ganados appeared on “The Bottomline with Boy Abunda,” a current affairs-oriented talk show in the Philippines, to go through a question-and-answer workshop in advance of the pageant, and one of the audience members asked her about Georgia’s heartbeat law, and whether or not she supported similar laws around the world. For Ganados, there was no question about it.

“As a person who was raised by a conservative mother and of course a country, I guess we are not in the right position to take away a life because only God can do it,” she said as the people in the audience applauded. “We are here to nurture a life and not to take it away. But that’s my own personal opinion.” Abunda applauded her answer as being heartfelt and honest, and then asked her if it was ever an option for her. “Abortion is not an option,” she responded.

As the goal of the workshop was to help Ganados prepare for the upcoming pageant, Abunda had some suggestions for her, including tying it to civil rights. “If you want to say, the heartbeat law simply says that abortion, to my mind, is murder. And murder is a crime,” he offered. “And that you can add our study — especially in Georgia, Atlanta, where the great Martin Luther King was born. He fought for life, he fought for equality. He fought for freedom. And he inspired the whole world.”

Ganados then further explained why this particular issue has specific meaning for her. “I said to myself that my mom is a single parent. And I know for a fact that she had a choice to abort me. But then again, she did not,” she explained. “And I am here right now as Miss Universe Philippines, and who knows if that kid that you aborted might have been the person who’s standing here in front of you.”

At that, Abunda explained, “That’s a powerful answer!” as the crowd applauded some more.

“There is an eagle within me that wants to soar.” 🦅 It is with deep honor to showcase our national pride during the Miss Universe National costume show, the Philippine Eagle whose strength, power, and love for freedom exemplifies the Filipino people. Created by the master couturier Mama @carysantiago @carysantiago7 ❤️ Proud to have showcased your masterpieces in the Miss Universe stage. Your passion, dedication, and love for our country is admirable. ❤️ Here’s How To Vote for Best in National Costime Award. 1. Log in to vote.missuniverse.com 2. Click VOTE NOW. 3. Find and click National Costume. 4. Choose and Vote Miss Philippines #70 Credits to the rightful owners of the photos ❤️ #MissUniverse2019 #MissUniversePH #Philippines #MissUniverso #MissUniverso2019 #GaziniGanados #GaziniGanado5 #ForThePhilippines

Ultimately, though she made the Top 20, Ganados did not win Miss Universe, although she did win the national costume competition for her rendition of a Philippine Eagle. She also previously gave credit to her family for the life she leads now, despite a less-than-ideal upbringing. Ganados was born to a Filipino mother and a Pakistani father, and though she has never met her father, she holds no ill will towards him.

“I’d love to meet him,” she told Arab News. “I have no grudges because that won’t bring me anywhere. But instead I’ll just thank him, and know that he’s still alive. I’d be happy to know his side (of the family) and if I have a grandfather or a grandmother. Or maybe I have a stepsister or a brother. I’ve always wanted to have more family since all my life I’ve grown up alone.”

She also said that being raised by a single mother made her into the strong person she is today. “Growing up without a dad has made me a little bit stronger because my mom showed me if men can do something, a woman can do it too,” she said. “I’m so proud that I was born and raised by a strong mother.”