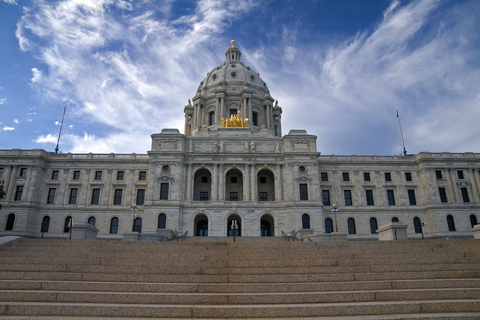 Despite Minnesota Governor Tim Walz having banned “non-essential or elective” procedures that require personal protective equipment (PPE), abortion facilities in the state have continued operating during the COVID-19 pandemic. The purpose of Walz’s suspension of elective surgeries is to conserve PPE, but in defiance of the governor’s order, the State Department has not enforced the ban against Minnesota’s abortion businesses.

In response, the Thomas More Society has filed a lawsuit on behalf of Minnesota doctors against the governor, the Commissioner for the Minnesota Department of Health Jan Malcolm, and the five operating abortion businesses in the state. Additional plaintiffs in the suit include nurses, the AALFA Family Clinic, the American Association of Pro-Life Obstetricians and Gynecologists, Pro-Life Action Ministries, and several concerned individuals.

“Not only is the governor’s action in allowing elective surgical abortion dangerously unsafe but critically and irresponsibly wasteful,” said Thomas More Society Special Counsel Erick Kaardal. “These elective abortion procedures take personal protective equipment away from hospitals, clinics, emergency rooms, doctors, nurses, and others on the frontlines of trying to stop the spread of the deadly coronavirus.”

Though the suit contends that administering the abortion pill uses less PPE, chemical abortions still carry the risk of complications that cannot be treated at the clinic. Serious side effects may require a hospital visit, which may expose women to COVID-19.

Back in March, criticism was leveled at Walz’s temporary ban on elective surgeries because it did not specifically say if it would include abortion. The ban called for any “surgery or procedure that can be delayed without undue risk to the current or future health of a patient.”

Sarah Stoez, president and CEO of Planned Parenthood North Central States, praised Walz for his actions, saying all abortions are “essential.” Except abortion doesn’t treat any medical conditions, and if a pregnant woman’s health is endangered, thousands of doctors have already confirmed that preterm delivery is the best option to save both mother and child, not abortion.

A spokesperson for the Minnesota Department of Health later confirmed that “the order does not apply to the full site of family planning services,” meaning despite the ban on elective procedures, abortion could continue. The Thomas More Society has stated in their lawsuit that this is a violation of the Equal Protection Clause.

Pro-choice advocacy groups want people to believe that abortion is healthcare, but abortionists are now being held to a different standard than other medical professionals during the COVID-19 crisis. Despite the fact that abortion has always been called a “choice” for women, abortion businesses have been allowed to continue operating during a global pandemic, while other non-essential surgeries have come to a halt.