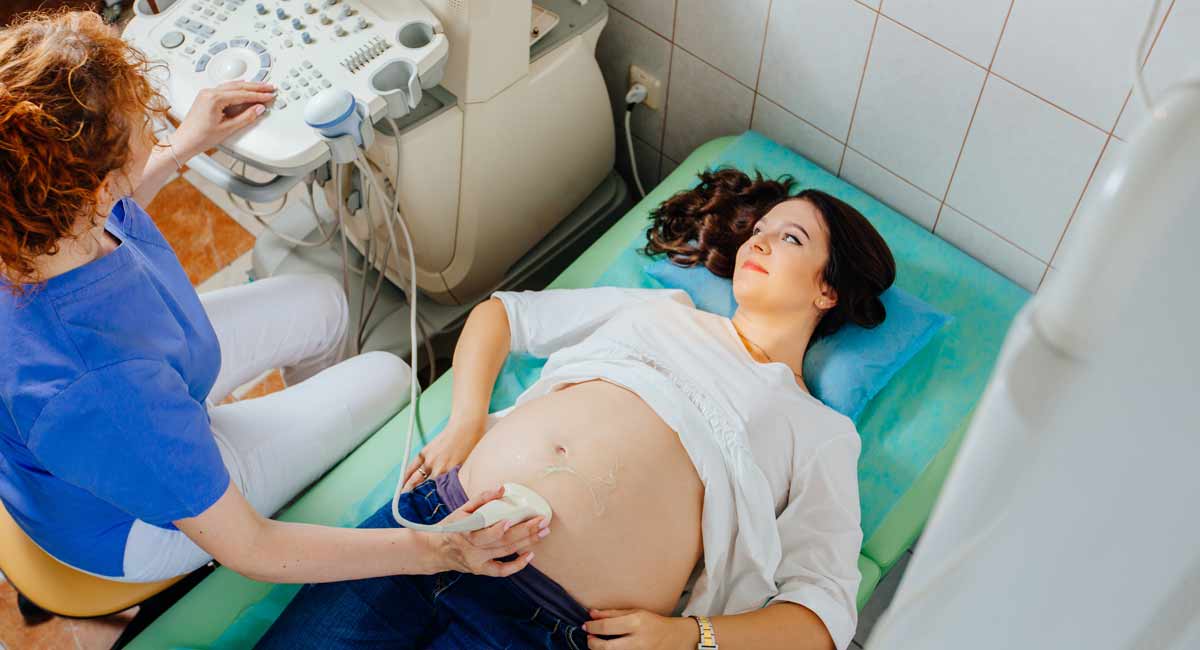 The American College of Obstetricians and Gynecologists (ACOG) — a notoriously pro-abortion organization — has released a so-called “fact sheet” on “later” abortions, titled, “Facts Are Important: Abortion Care Later in Pregnancy is Important to Women’s Health.” In it, they take issue with the use of the phrase “late-term abortion,” claiming it “has no medical definition and is not used in a clinical setting or to describe the delivery of abortion care later in pregnancy.” While the ACOG may make this claim, abortionists who commit abortions late in pregnancy have used the term for years and still do. And before pro-abortion organizations like the ACOG gave the abortion-friendly media their marching orders in the past few weeks, the phrase “late-term abortion” was used frequently by news outlets as well.

The ACOG typically makes claims in lockstep with the abortion industry’s public relations personnel, and the American Association of Pro-Life Obstetricians and Gynecologists (AAPLOG) stands firmly in opposition to the death-promoting speech of the ACOG. AAPLOG released a fact sheet of its own about abortions late in pregnancy. Its document, titled, “Facts ARE Important: Abortion, including later in pregnancy, is NOT healthcare,” directly takes on the ACOG’s “fact sheet” claims.

First, the ACOG does what every abortion supporter does when speaking about late-term (or “later”) abortions: it points out the “rarity” of such procedures. “Abortion after 21 weeks accounts for slightly more than 1 percent of all abortions that occur in the United States. Abortion later in the second trimester is very rare, and abortion in the third trimester is rarer still, accounting for less than one percent of abortions.” It’s “rare” only in comparison to the hundreds of thousands of abortions happening earlier in pregnancy… as if that makes the brutality of killing fully developed children so late in pregnancy somehow acceptable.

A recent release from the American College of Obstetricians and Gynecologists (ACOG) stated that policy
related to abortion care “must be based on medical science and facts”. We could not agree more….

Although abortions in the second half of pregnancy only account for 1.3% of all abortions, this still amounts to
over 11,000 fetal pain-capable human beings that are being killed each year.

Truth: It’s never necessary to deliberately kill an innocent human being in the womb.

ACOG writes, “The need for an abortion later in pregnancy could arise for a number of reasons, including fetal anomalies or complications that threaten a woman’s health.” (Notice the term “need.”) ACOG goes on (emphasis added): “Women, in consultation with their physicians, must be able to evaluate all appropriate treatments and make informed choices about what’s best for their health and their pregnancies. Depending on the circumstance, this might include abortion care….”

AAPLOG points out that abortion is never actually medically necessary, and that it’s not healthcare. Oh, and about those “physicians”….

Abortion is NOT healthcare, much less an essential part of women’s health care. If it were, more OB/GYN’s
would do them.

Currently, greater than 90% of abortions are done by dedicated abortion providers, not by a woman’s personal physician.

In other words, the woman has likely never seen that doctor before she walked through the doors of that facility (unless she’s had a previous abortion there) — a facility often dedicated solely to the practice of aborting human beings.

Claim #3: There could be complications with the baby or mother, making abortion necessary.

Truth: Killing an ill child helps no one, and abortion also puts women at risk — both now and in future pregnancies.

The ACOG’s “fact” sheet goes on to say that sometimes severe fetal anomalies occur. “In these cases, where death is likely before or shortly after birth, patients may decide whether to continue the pregnancy and deliver a nonviable fetus or have an abortion” for “what she feels is best for her health and her family.” The ACOG goes on to say, “Abortion later in pregnancy may also be necessary when complications severely compromise a woman’s health or life, conditions which may also reduce the possibility of fetal survival.”

However, abortion reduces the possibility of fetal survival every time it’s done as intended.

… [T]he intentional killing of a fetal human being (often through barbaric means such as dismemberment), does not treat disease and does not improve a woman’s health. It is 100% lethal for one of our two patients, and has significant health ramifications for our adult patient. For example, there is now substantial evidence for the link between surgical abortions and very preterm birth (prior to 32 weeks) in subsequent pregnancies, and this risk increases exponentially with each abortion a woman has.

And having an abortion at such a late stage typically involves two to three days of dilation. If a woman’s health truly is “severely compromise[d],” dilating the cervix over three days seems unwise. AAPLOG adds that the risk of death from abortion so late in pregnancy is higher than the risk of dying during birth, adding:

There are rare circumstances during pregnancy in which a mother’s life is in jeopardy…. It is extremely rare for this to occur prior to the point of viability (currently 22-23 weeks). In this circumstance, delivery is indicated. Intentional killing of the fetal human being, however, is not necessary. We can save the life of the mother through delivery of an intact infant and then give both the care that they need….

In cases where the mother’s life is in danger in the latter half of pregnancy, there is not time for an abortion, which is typically a two to three day process. Immediate delivery is needed in these situations, and can be done in a medically
appropriate way….

AAPLOG also recommends perinatal hospice for parents facing a diagnosis of a terminal condition for their child, writing that not only does this “improve outcomes for the family” and mother, “but also honors the life of their child and allows them to have an intact child to hold and grieve.”

ACOG claims in its “fact sheet” that “The best health care is provided free from political interference in the patient-physician relationship.” But AAPLOG gives a slam dunk response to this platitude, writing, “when the issue at hand is the killing of innocent human beings as well as the harming of women through deceptive practices, it is the responsibility of the
government in any civilized society to protect its innocent citizens from harm.”