Last week, Rhode Island Democratic Rep. Edith Ajello introduced The Reproductive Health Care Act to the House Judiciary Committee. 39 of the 75 Rhode Island representatives co-sponsored the bill, but now, at least one has withdrawn his support stating that he didn’t read the bill. As a freshman representative, Rep. Jose Serodio of East Providence said he wanted to be “polite” but admitted, “I didn’t know exactly what I was signing.”

As previously noted by Live Action News, the Act, HB 5127, is no innocent bill. It “would allow abortion up to birth under the guise of protecting women’s health, and do away with spousal notification before an abortion as well as the state’s ban on partial-birth abortion. This bill is being heavily promoted by Planned Parenthood of Southern New England and Rhode Island’s governor supports it, and Planned Parenthood previously announced that codifying ‘the right to abortion in state law’ of Rhode Island was one of its 2019 goals.” The broad exception for the “health of the mother” allows abortion for any reason the abortionist can come up with, including the woman’s finances and the state of her family life.

Serodio told the Providence Journal that he has filed the paperwork to remove his name from the Reproductive Health Care Act, claiming he signed it because “Someone asked me to sign something.”

Serodio isn’t the first politician to withdraw support of a pro-abortion bill in recent weeks. State delegate Dawn Adams removed her support of the now infamous late-term abortion bill the Repeal Act in Virginia, saying she had failed to read it.

“I made a mistake, and all I know to do is to admit it, tell the truth, and let the chips fall where they may,” she told constituents in an email. “I did not read the bill I agreed to co-patron and that wasn’t smart or typical. I will work harder and be better for it.” She maintains that she is pro-choice and expected the bill to remove “onerous” abortion restrictions but realized that it “sought to do so much more.”

Serodio said his reason for removing his name from the bill was that his one-time Democratic opponent, David V. O’Connell, asked him why he would sign it because he thought he was pro-life.

“When I realized my mistake,” he said, “I went back and withdrew my signature.”

The Rhode Island Right to Life Committee said that they are working to get more co-sponsors to withdraw their support.

“We are presently attempting to quietly peel off a few more bill cosponsors; one has already withdrawn,” the group announced. 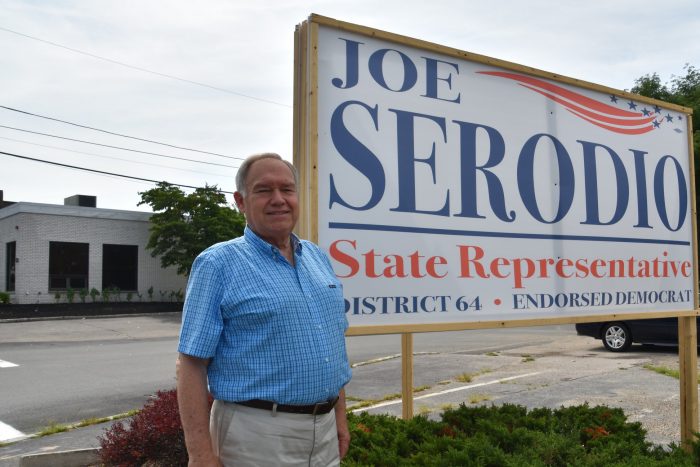 As more politicians realize that it’s a mistake to support expansive abortion bills and to fail to read any bill they sponsor, hopefully, they will do a better job of being thorough and more cautious in what they sign and promote.