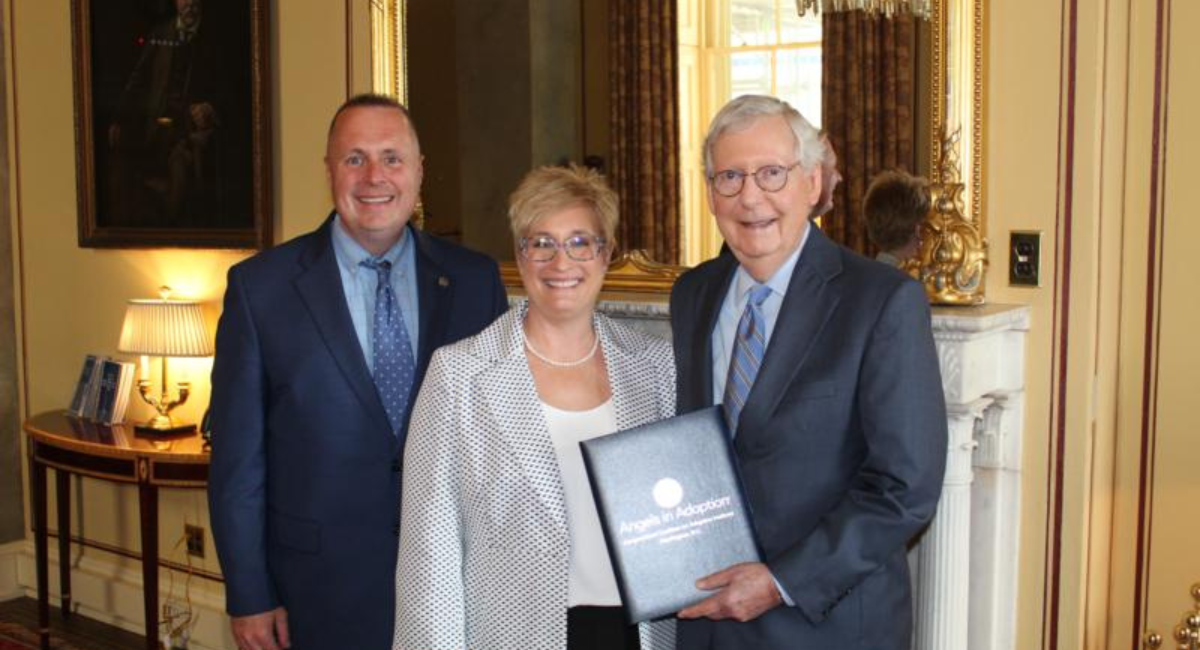 A Kentucky family has been recognized by Senate Minority Leader Mitch McConnell as Angels in Adoption after adopting three children in just a few short years.

Johnathan and Julie Emmons Gay experienced a miscarriage in 2015 and then decided to become foster parents. They soon welcomed a little girl, Makayla, into their home; six months later, Maya came along. The Gays eventually adopted both girls, and as the couple already had a biological son, Jackson, they thought their family was complete. But more children were still to come.

Two years later, they found out Maya’s biological mother was expecting a little boy, and he was bound for foster care. Not wanting to have the siblings split up, the family adopted him as well, only to discover that Julie was pregnant with another baby just a few months later. The two children, Johnathan and Maison, rounded out their family. Altogether, the couple adopted three children — and had one of their own — in a relatively short time span.

The Angels in Adoption program is sponsored by the Congressional Coalition on Adoption Institute. Members of Congress can nominate their constituents to be chosen for recognition each year.

“The Gay family embodies everything great about America’s adoption system and the love and selflessness at its foundation,” McConnell said in a press release. “I was honored to nominate them to represent Kentucky in this year’s Angels in Adoption program and help them receive the recognition they deserve for their dedication to their children and the adoption network. It was a pleasure to welcome them to Washington and listen to their incredible story. I wish Johnathan and Julie all the best as they raise their family in the spirit of faith, charity, and joy.”

Today, the Gay family continues to be involved in the foster care system by advocating for foster children and supporting other foster parents through the process.

“Foster care adoption has been one of the great blessings of our lives,” Johnathan said. “It hasn’t always been easy, but it’s always been worth it. We are honored to receive Senator McConnell’s support to be a part of this year’s Angels in Adoption program, and excited to go back to Kentucky and advocate for more families to consider adoption.”