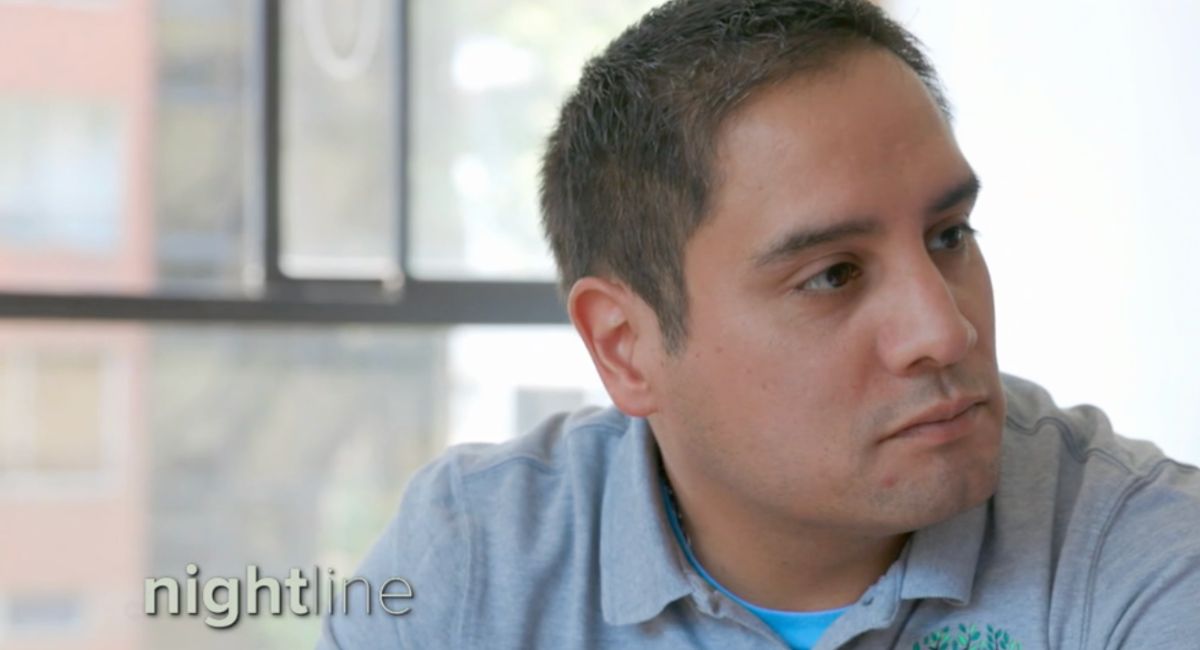 A Houston firefighter who was reunited with his family in Chile is now looking to do the same for other families. Tyler Graf has created the organization Connecting Roots, hoping to reunite other Chilean families who were ripped apart in the 1970s and 1980s.

Graf was born in 1983 to Hilda Quezada Godoy. Since her son was born three months premature, Godoy didn’t have reason to doubt when doctors told her that her son had died. She asked for his body, but they refused, saying it was too small to bury.

Yet the adoption papers Graf received tell a different story. According to those papers, Godoy gave her son up willingly because she didn’t have much money and had other children to take care of. The thought of being abandoned by his mother left Graf feeling angry for much of his life.

“I never thought that any excuse would be good enough,” he told The New York Times last year. “I carried that animosity, that chip on my shoulder, my whole life.”

Under the dictatorship of Gen. Augusto Pinochet, hundreds — if not thousands — of children were stolen from their mothers and trafficked overseas. One Chilean judge, Mario Carroza, believes the number could be as high as 20,000 children. “The history of human rights violations during the dictatorship is known: the torture, political prisoners, repression, but this one has been largely invisible,” Boris Barerra, a member of the Chilean Congress, told The New York Times.

READ: Man reunites with birth mom after 20 years: ‘It was a dream come true’

But for Godoy, the loss of her son was one she never forgot. And when the news of the trafficking ring out of Chile broke, she finally had hope. “I wanted to scream,” Godoy said in Spanish to ABC News. “I questioned a lot of things. The thought [about] if he was loved, if he ate well, if he spent time cold. Why did this happen to me?”

Marisol Rodríguez, the founder of Hijos y Madres del Silencio — Children and Mothers of Silence — helped reunite Graf and his mother; when they finally met in person again, it was incredibly emotional. “It was the closest hug,” Graf said. “They just left us alone in each other’s arms and we hugged and she kissed me and we just stood there crying.”

And now, Graf is hoping to pay it forward.

With Connecting Roots, adults adopted from Chile can receive help determining if their adoptions were genuine, or if they were trafficked. Then, they find the families in Chile and if the DNA is a match, they reunite them. “One year ago I got my reunion, and I talked to my biological mother about how I had this desire to help other adoptees have the same reunion,” he told the Houston Chronicle. “It’s something everyone deserves.”

So far, they have reunited 27 families, with an additional six awaiting DNA results. And Graf is clear that his efforts are as much for people like his mother as they are for the adoptive families. “These adopted mothers are also victims,” he said. “They’re victims of deception and their character, and I want to help other people who were taken advantage of.”

And, he told Houston Public Radio, the process is helping him, too.

“This is also helping me heal. I don’t think I’ve fully dealt with my trauma,” he said. “I just jumped in headfirst to start the foundation. It’s rewarding, knowing how it felt for me to get this. To see someone else go through and get their match, it just fills my heart.”