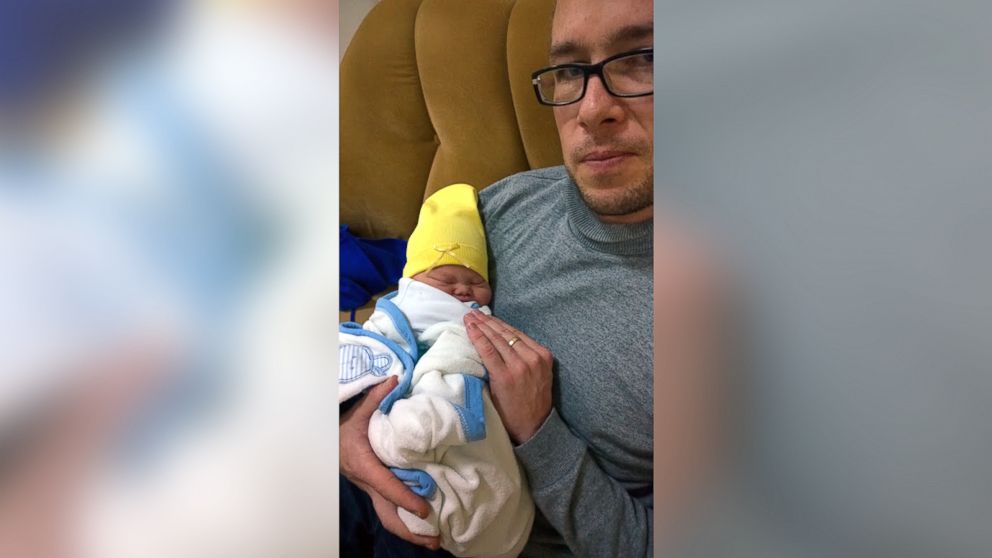 UPDATE 2/11/22: Shortly after this original story was published, Samuel Forrest and his wife Ruzan Badalyan reconciled after Badalyan had a change of heart. The family now lives together in New Zealand.

Forrest told ABC, “It was pretty clear that the main things were cultural and huge pressure. About three-and-half weeks later, Ruzan got in touch with me through a friend and we ended up having a candid conversation through Skype. I finally agreed to meet her and she held little Leo for the first time.”

“Before this, she had no idea what Down syndrome really was, or that there was hope,” he added. “The doctors had told her Leo would never learn to walk, or talk or feed himself.”

Badalyan said, “I am very grateful my family gave me a chance because I don’t know what I would do without them. It made me really happy.”

2/7/2015: Samuel Forrest and his wife Ruzan Badalyan were eagerly awaiting the birth of their first child, a boy, whom they named Leo. But within hours of his birth in an Armenian hospital, Leo would be abandoned by his mother, and he and his father would become the center of a global support network. That’s because Leo has Down syndrome.

Diagnosed shortly after his birth, his father hadn’t even held him when, according to ABC News, doctors explained that there was something wrong with Leo. Forrest told ABC:

The pediatrician walks out of the room with a little bundle – that was Leo. She had his face covered up and hospital authorities wouldn’t let me see him or my wife. When the doctor came out, he said ‘there’s a real problem with your son.’

Forrest, who is from New Zealand, followed the hospital staff into a room where they told him that Leo has Down syndrome. Forrest was stunned by the news but he took one look at his son and felt love, calling him “beautiful” and “perfect” and vowing to keep him. According to Forrest, having a child born with disabilities brings shame on families in Armenia, therefore it is common for parents to abandon children born with disabilities, leaving them to grow up in an orphanage. That was not going to happen to Leo. But after carrying Leo into Badalyan’s hospital room, Forrest received another shock.

“I got the ultimatum right then,” he told ABC. “She told me if I kept him then we would get a divorce. [..] What happens when a baby like this is born here, they will tell you that you don’t have to keep them. My wife had already decided, so all of this was done behind my back.”

About a week later, Badalyan followed through with the threat and filed for divorce. Forrest said divorce is not what he wants, but now he plans to return to New Zealand and raise Leo with the support of family and friends there. In the meantime, the father and son story has been spread worldwide with an overwhelming outpouring of support.  And Forrest is working with disability awareness groups to help better educate people about raising children with special needs.

“After what I’ve been through with Leo, I’m not going to sit back and watch babies be sent to orphanages,” he said, “As a child with Down syndrome, that becomes somewhat of a label. IF we can get around this label, we’ll see that they’re normal. They’re a little different from us, but they’re still normal.”