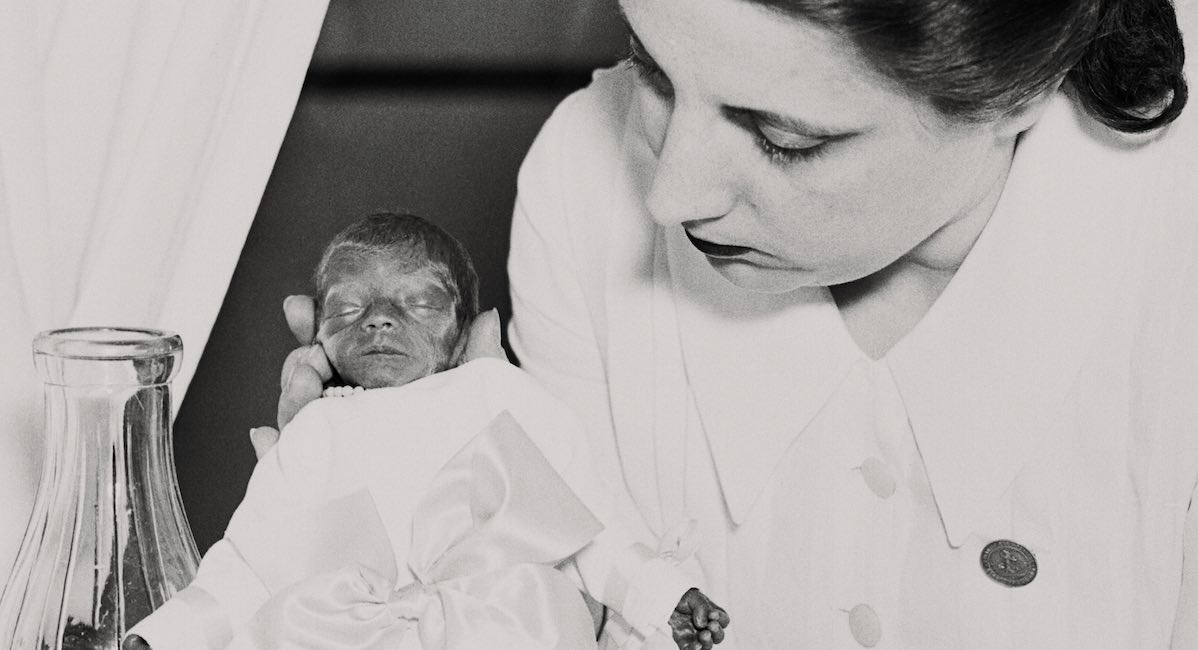 Lucille Horn was born in 1920 weighing less than two pounds. The doctors told her parents there was nothing that could be done to save her, and that their premature newborn baby girl would certainly die. That’s when Horn’s father took matters into his own hands and brought his baby to the one place where he hoped she could be saved: Coney Island.

In 1903, Coney Island became home to an exhibit that was also a makeshift hospital for premature babies. French-born Dr. Martin Couney (who, incidentally, may not have actually been a medical doctor), having witnessed how well incubators were working to save babies at the Berlin Exposition in 1896, imported incubators to the United States. There, he used them to open the first incubator baby exhibit at Luna Park in Coney Island. He soon opened a second one at Dreamland, a neighboring amusement park at Coney Island. Visitors would pay to take a peek at these tiny babies clinging to life, but the real amazement of it all was that Couney had a team of doctors and nurses caring for the babies around the clock. He saved about 6,500 lives.

Many of the babies, like Horn, came to Coney Island from a local hospital that didn’t have the means to help them. Couney was their only chance.

“I couldn’t live on my own, I was too weak to survive… You just died because you didn’t belong in the world,” surviving preemie Lucille Horn said in a 2015 interview. She explained that her father took her out of the hospital. “‘I’m taking her to the incubator in Coney Island. The doctor said there’s not a chance in hell that she’ll live,'” Horn explained her father said at the time, “but he said, ‘But she’s alive now,’ and he hailed a cab and took me to Dr. Couney’s exhibit, and that’s where I stayed for about six months.”

The babies in the exhibit were swaddled and placed in the incubators, taken out every two hours to be fed. They were given breastmilk from either a wet nurse, a bottle, or spooned to them through the nose.

Couney, whose own premature daughter spent time in his incubator exhibit, was criticized for creating the display. People said he wasn’t in it for the babies. He, however, found great purpose in his work. He never charged the families, only the spectators. And he hired doctors and nurses to help.

“All my life I have been making propaganda for the proper care of preemies, who in other times were allowed to die,” he said in a 1939 interview with The New Yorker.

His dedication to saving these babies helped push the hospitals into finally accepting incubators as a way to save babies. Some say he even helped fight the eugenics movement because doctors had always called premature babies “weaklings” and let them die. Doctors saw these babies as “defective” and argued over whether or not saving them would ruin the gene pool. Couney helped change that.

His exhibit closed sometime in the 1940s and Couney died in 1950, shortly after hospitals began using incubators. He had an 85 percent success rate of saving the babies that the hospitals had written off. To many, he’s considered a hero.