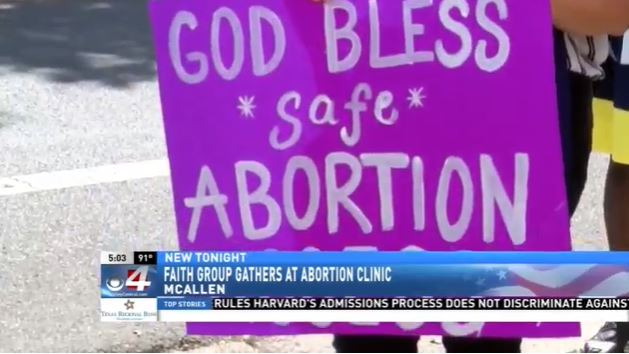 A group of faith leaders and followers gathered outside the Whole Woman’s Health abortion facility in Texas this week. But they weren’t there to save the innocent lives being slaughtered inside; instead, they were there to ‘bless‘ the abortion facility and show support for abortion.

“We do this to support the community, to tell the world that people of faith don’t all think the same thing about abortion,” Sonia Miller with the Texas Freedom Network told KGBT-TV. “There are many, many people of faith and leaders in faith communities that are 100 percent behind women having their choice.”

That choice, however, is one that kills innocent human beings which Christians believe were created by God in His image and likeness. It goes against everything Christianity teaches. Yet, The Rev. Cari Jackson, a United Church of Christ minister and member of the Religious Coalition for Reproductive Choices, said that to attempt to save babies from abortion is “ungodly.” 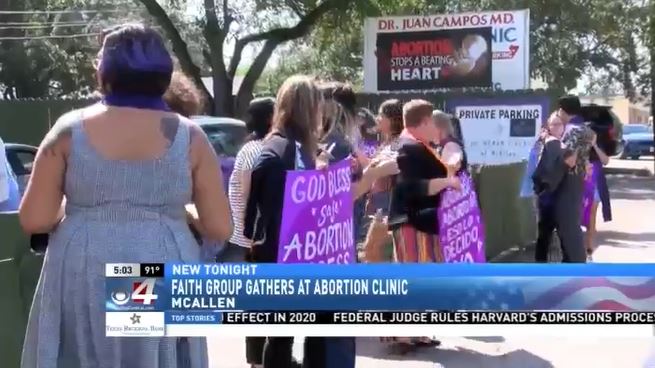 “We have come to Texas with a serious yet also joyous focus: to affirm the staff and patients at Whole Woman’s Health as being blessed in their role of providing compassionate care,” said Jackson, who has held abortion clinic “blessings” in Ohio, Texas, Maryland, and Washington, D.C., according to LifeNews.

The clergy claim that blessing abortion facilities allows them to provide “words of solidarity, compassion, and love for those who work in the clinic and those who receive its care.”

This would imply that pro-lifers don’t care about or have compassion for women who have abortions. This couldn’t be further from the truth. In fact, it’s safe to say that these abortion-supporting clergy members aren’t helping women at all, since over 73 percent of post-abortive women say they felt pressured to abort and many women suffer from post-traumatic stress after their abortions. This leaves them at an increased risk of drug use, alcohol use, depression, and suicide. Convincing Christian women that abortion is acceptable and even “joyous” is a mortal sin.

Pro-lifers who work to help these women escape their situations are acting with compassion and love. While abortion supporters would sell women abortion and send them back to their desperate situations, pro-lifers act to empower women and support them in achieving their goals and either keeping their babies or placing them with adoptive families. Women don’t have to sacrifice their children’s lives because they don’t have a lot of money or haven’t completed school. True help comes in the form of supportive pro-lifers who lead women to resources and programs that help lift them out of poverty and help them parent their children without giving up on their dreams.