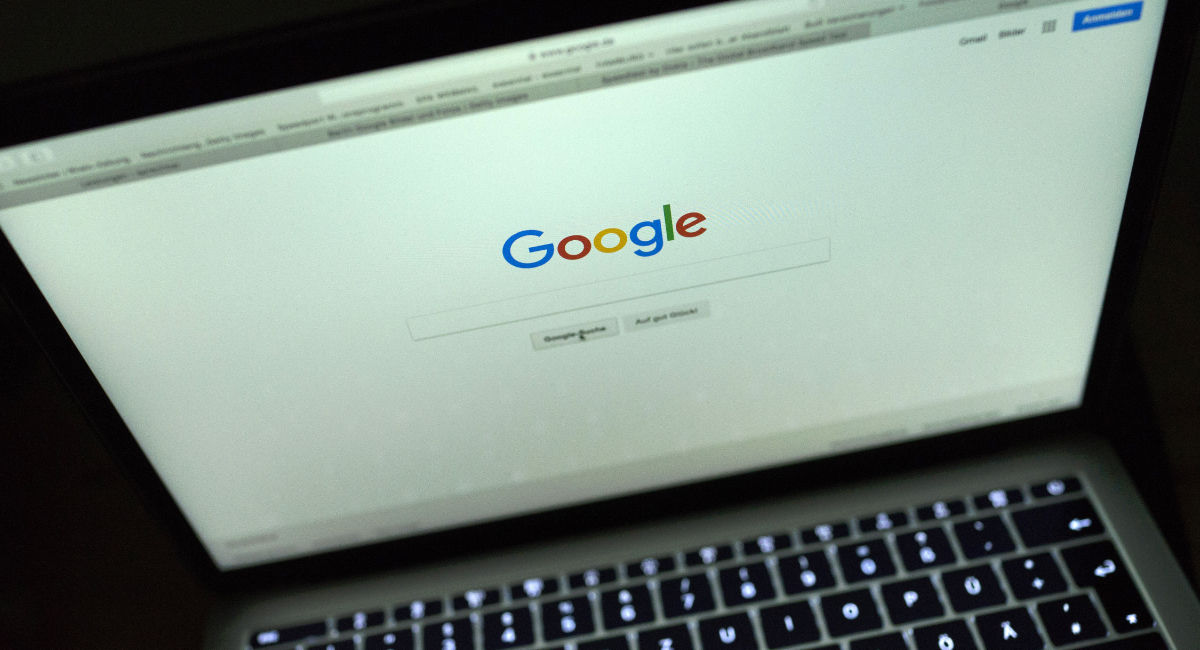 The Center for Countering Digital Hate (CCDH) recently blasted Google and Facebook for allowing pro-life group Live Action to run ads directing women who regret taking the abortion pill to the Abortion Pill Reversal (APR) hotline. But CCDH didn’t stop there. The little-known group went a step further by requiring penance from Facebook and Google, demanding that they donate revenue from the pro-life ads to “reproductive health charities” and “women’s health organizations” — meaning the abortion industry. It is unclear whether the social media organizations will acquiesce to this portion of CCDH’s demands.

The demands were published in a report entitled, “Endangering Women for Profit,” which claimed that APR is “dangerous and unproven.” In reality, APR consists of medically supervised treatment with the hormone progesterone to counter the progesterone-blocking effects of the abortion pill (mifepristone). 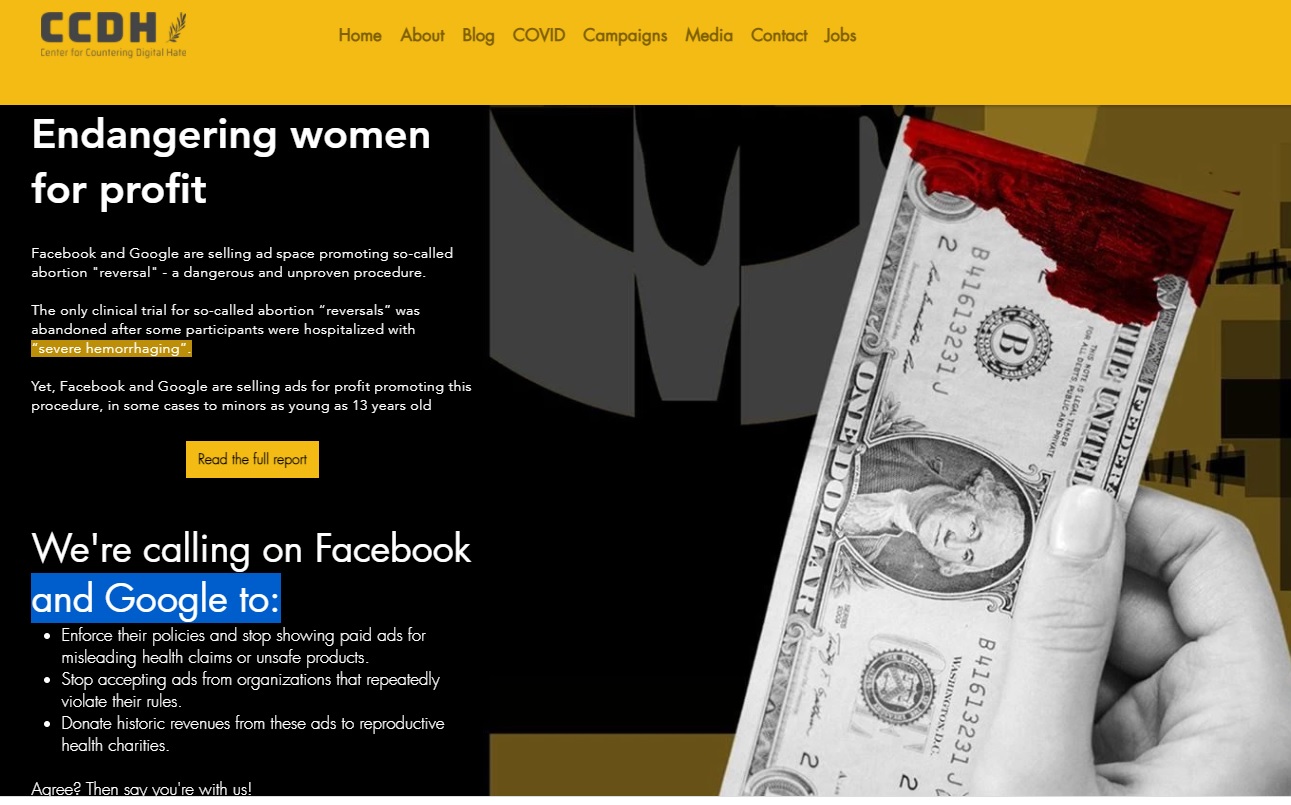 The move to censor information opposing abortion is not new. Live Action News previously documented how the pro-abortion Campaign for Accountability sent a letter asking the FDA urging it to shut down the websites of pro-life organizations that advertise abortion pill reversal. And much more recently, New York’s Governor Kathy Hochul sent a letter to Facebook, asking the social media giant to “address the spread of misinformation” regarding abortion, which she claimed was a “safe, common medical procedure.”

The Center for Countering Digital Hate is described on its website as “an international not-for-profit NGO that seeks to disrupt the architecture of online hate and misinformation. The Center has offices in London and Washington DC.”

Claim #1: APR is “an unproven and potentially unsafe procedure”

The biased source for that claim is openDemocracy, which is funded by a large investor of Danco Laboratories, manufacturer of the abortion pill.

That investor is the David and Lucile Packard Foundation, which invested $14.2 million into Danco’s startup in 1996 and is now also investing millions into GenBioPro, Inc., an FDA-approved company which began manufacturing a generic version of the abortion pill in 2019.

“So-called abortion ‘reversal’ or ‘abortion pill reversal’ (APR) is an unproven and potentially unsafe procedure that purports to ‘reverse’ the effects of a medical abortion through the administration of high doses of the hormone progesterone,” the CCDH’s report states.

In 2020, the Packard Foundation gave openDemocracy $300,000 to “[t]o build a new and more inclusive international consortium of investigative journalists focused on reproductive and sexual rights.” 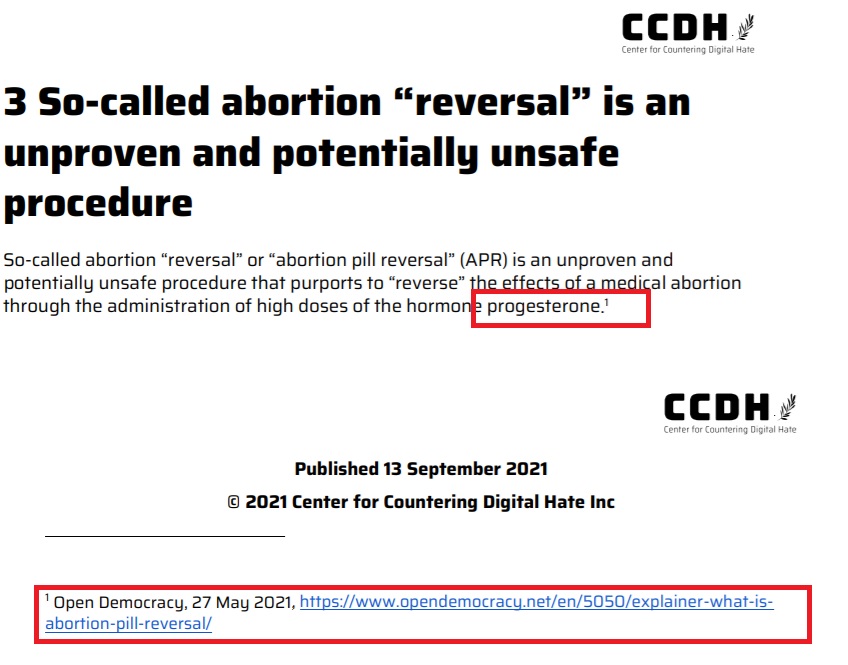 Claim #2: APR is “not based on science” and “based on ‘unproven, unethical research'”

This biased claim is sourced as from the American College of Obstetricians and Gynecologists (ACOG), a radical pro-abortion organization which was influenced by population control enthusiasts to embrace abortion on demand.

ACOG has been funded by Ibis Reproductive Health which received funds directly from U.S. abortion pill manufacturer Danco Laboratories and is currently funded by Danco investor, the David and Lucile Packard Foundation.

The ACOG has funded the Bixby Center for Global Reproductive Health, where abortionists are trained. In 2018, the ACOG received $1.4 million from the Buffett Foundation, and has received hundreds of thousands from the foundation every year for the past several years. Unsurprisingly, Buffett was also one of the first investors in Danco.

“Experts from the American College of Obstetricians and Gynecologists [ACOG] have long warned that claims about so-called abortion ‘reversal’ are ‘not based on science’ and are based on ‘unproven, unethical research.’ They have also condemned legislative mandates for so-called ‘reversal’ as ‘dangerous to women’s health,‘” wrote CCDH, sourcing the ACOG.

“[]experts have warned that socalled abortion “reversal” is “dangerous to women’s health,” the report stated further down, again citing ACOG.

Claim #3: There is a “lack of medical evidence demonstrating the safety and efficacy” of the APR treatment

That claim comes from commentary coauthored by Dr. Daniel Grossman who has also served as a consultant to Planned Parenthood and the Center for Reproductive Rights. Grossman is also a vocal proponent of expanding abortion and is an abortionist with deep ties to the abortion industry and multiple conflicts of interest surrounding abortion pill studies.

Ironically, at the same time the commentary cited by CCDH was published, Grossman was serving as senior advisor at Ibis Reproductive Health which was directly funded by abortion pill manufacturer, Danco Laboratories and their investor the Packard Foundation. In fact, as recently as 2020, Ibis was still directly funded by Danco. The report states:

Writing in the New England Journal of Medicine in 2018, Dr. Daniel Grossman and Dr. Kari White cautioned that there is a “lack of medical evidence demonstrating the safety and efficacy of the treatment” and that “laws promoting it essentially encourage women to participate in an unmonitored research experiment.” 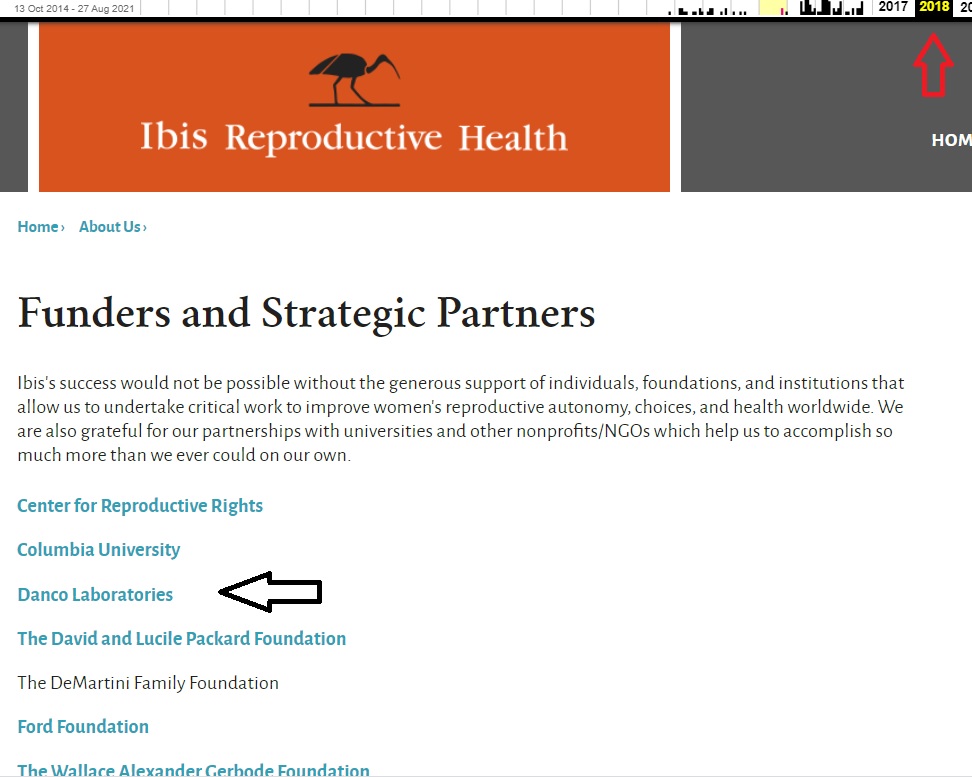 Claim #4: “There have been no studies that show it [APR] is “effective or safe”

This biased claim is sourced from the University of California-Davis (UCD), which provides abortions at the Division of Family Planning and which has been funded by Packard for years.

UCD is the location site for the questionable study (sourced by CCDH), whose lead author has been directly funded by Danco Laboratories. That study was conducted with funds by the Society of Family Planning (SFP), which was founded in 2005 with a generous contribution from the Packard Foundation and is also funded by the Buffett Foundation (billionaire Warren Buffett), a Danco investor.

That study, “Mifepristone Antagonization With Progesterone to Prevent Medical Abortion,” was published by the Journal of Obstetrics and Gynecology, commonly referred to as “The Green Journal,” which is the official publication of the previously mentioned pro-abortion ACOG.

The potential profit motive of the lead author of the study Mitchell Creinin, has been all but been ignored by the media and CCDH. By his own admission, Creinin receives “compensation” from Danco as a consultant, receives consulting fees and has received an honorarium from the abortion pill’s manufacturer. Creinin also provides “third-party telephone consults” for Danco. 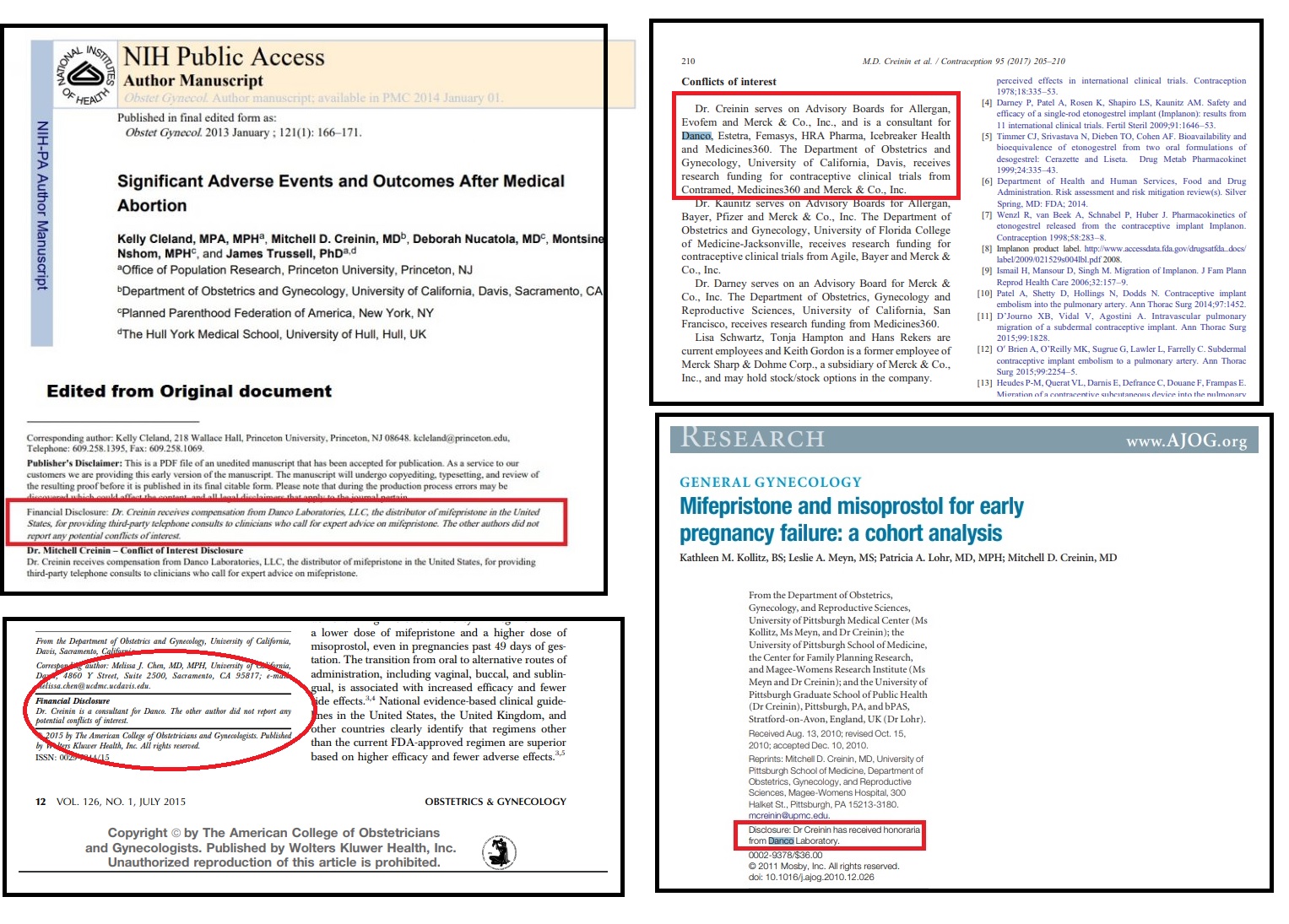 UCD is part of the University of California (UC) system also funded by Danco’s original investors, the Buffett Foundation and the Packard Foundation  (which funded them for years, including regular grant dollars to UC.) A publication in which UC honored “abortion pioneers” reveals its long history of abortion promotion.

Buffett gave at least $2 million in interest-free loans to the Population Council for clinical trials of RU-486, according to tax documents filed in 1995. Buffett gave $78 million to UC in past years: $52 million for the Kenneth J. Ryan Residency Training Program which trains abortionists; $5.3 million so that UC’s Davis, UCLA, San Diego and Irvine residents could participate in Ryan; and $8.6 million towards the pro-abortion Turnaway Study at UCSF’s Advancing New Standards in Reproductive Health Center (ANSIRH). The CCDH report states:

In 2019, a study to test the effectiveness of so-called abortion ‘reversal’ was suddenly halted when several participants experienced ‘dangerous hemorrhaging’ that sent them to the hospital.’ While some states have legislated for so-called abortion ‘reversal’ to be discussed in mandatory pre-abortion counselling, experts say that there have been no studies that show it is ‘effective or safe.”

In its report, CCDH claims that by accepting payment for ads promoting abortion pill reversal, Facebook and Google were “complicit in spreading health misinformation” and must therefore “stop accepting ads for so-called abortion ‘reversal’ now and in perpetuity,” and remove advertising privileges from pro-life organizations. CCDH also demanded that Google and Facebook should turn over “revenues from these ads” to abortion rights organizations, which they refer to as “women’s health organizations that provide science-based healthcare for women.”

Which is exactly what Google did.

Shortly after CCDH’s report was published, Google banned all of Live Action’s pro-life ads, including those that promote APR. In their online release, Live Action called the move “a perverse demonstration of big tech’s aggressive censorship of life saving messages.”

Ironically, while CCDH claims to be the arbiter of “misinformation,” the alleged watchdog group fails to publish information on who is funding their campaigns against pro-life messages online. Perhaps in the spirit of full disclosure, CCDH will release that information. Until then, we watch and wait.