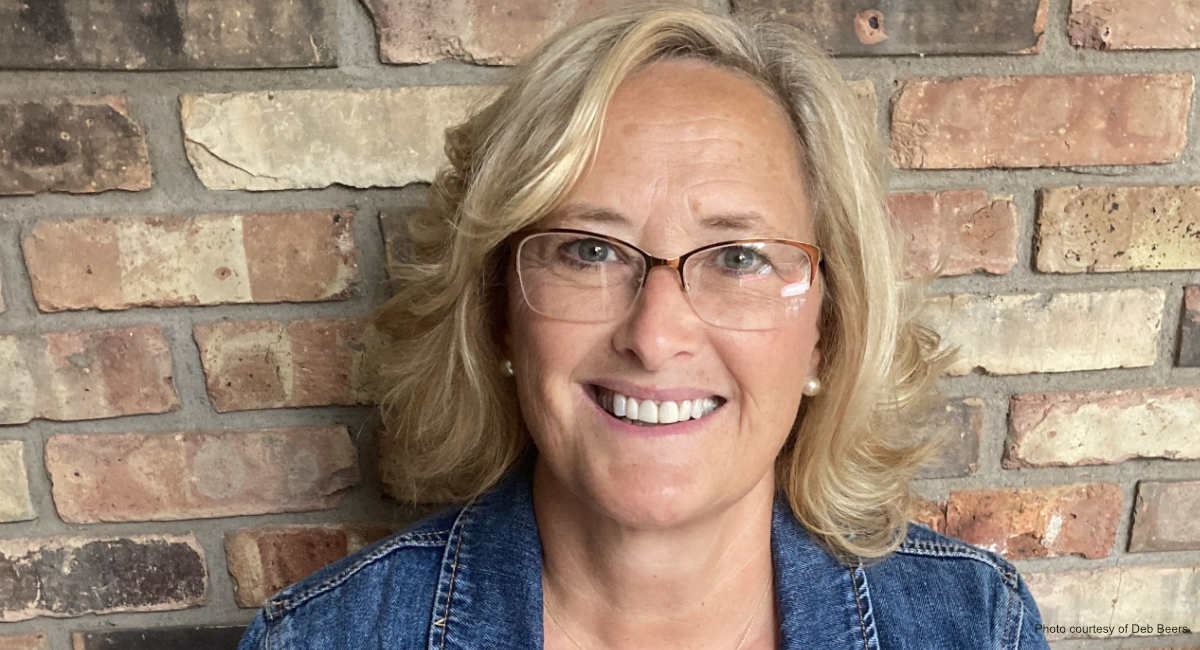 In 1991, Deb Beers was a divorced, 32-year-old mother of a pre-teen son when she faced an unplanned pregnancy. Her boyfriend, who was much older, didn’t want children so he pressured her relentlessly to end the pregnancy. It’s not really a baby yet anyway, she told herself, believing the lies she’d heard that the child within her was just a “mass of tissue.” So, she made an appointment at Planned Parenthood to have an abortion.

Deb told Live Action News, “I thought if I just made this little sacrifice, the abortion would be my secret and my life could go on as before. But abortion leaves a wound, it’s like a big black hole in your heart that you want to pretend isn’t there. I had no idea how it would affect every area of my life.”

The encourager became the accuser

Sitting in the waiting area with other women, some with their mothers and others with their boyfriends, Deb was struck by the profound quietness of the room. Nobody, she noticed, made eye contact with each other. Everyone, it seemed, wanted to remain anonymous, as if they were never there waiting to terminate their pregnancies.

During the procedure, Deb recalls the “sucking” sound of the vacuum and the abortionist asking her if she was a twin. Why would he ask me that question, she wondered, when he just removing a blob of tissue from her womb? Afterward, in the recovery lounge, she felt relief that it was all over. She just wanted to go home and forget about the experience. But she could never forget.

“That night, Satan came to me in a vision, taunting me, telling me I was a murderer of my children and that I now belonged to him because God would never forgive me for this terrible sin,” Deb said. “Crippled by fear and despair, he took advantage of my weakness, encouraging me to have the abortion, telling me that nobody will ever know. Now, the encourager was the accuser.”

Deb felt as if she was branded with a scarlet “A” on her forehead. She was convinced others could tell she had an abortion just by looking at her. Guilt, fear, and shame became her constant companions and she started drinking to ease the pain, avoiding social gatherings where the topic of abortion might come up. She felt disconnected from her family and friends and grappled constantly with depression and regret.

Transformed through salvation and purpose

But one day, God sent her a lifeline when a caring friend led her to Jesus Christ, whom she accepted as her Savior in December 1993.

Deb said, “I learned of God who loved me and how Jesus would forgive me of my sins if I would repent of them. I got baptized and since then I long to live for Jesus, sharing what He has done for me. Once I was blind but now, I see.”

Spiritual healing gave Deb the clarity to see the lies propagated by the pro-choice community — Lies she had fallen prey to, such as the idea that unplanned pregnancies prohibit women from creating fulfilling lives and pursuing their dreams and desires, or the idea that life will be much less complicated without an unwanted child.

“Essentially, you are encouraged to run from anything that may cause hardship or inconvenience,” Deb said. “But they fail to recognize the life growing inside you is a human being with its own DNA. It’s a lie that the preborn are just a blob or a mass. If abortion is supposed to be the best option for women, why does it leave so many broken and confused?”

Since 2010, she has worked with post-abortive women in their healing process. In 2020, she became involved with the She Found His Grace ministry founded by Serena Dyksen, serving as the Abortion Regret and Recovery Director, helping post-abortive women all over the world learn how to heal through salvation and grace. She is humbled to be part of the She Found His Grace community of “healed wounded warriors” who speak the truth about abortion and the devastation that results from it. She is grateful for the opportunity to walk alongside other women in their healing journeys.

“I stand in awe as the Holy Spirit transforms broken lives,” Deb told Live Action News. “He restores and redeems them right before our eyes. What the enemy means for harm, God turns into good. I long for anyone who has experienced abortion to seek hope and healing through Jesus. Nothing can separate us from the love of God, not even abortion.”

Six months after her abortion, the nagging feeling she had been pregnant with twins kept plaguing Deb. As she grew in fellowship with Christ, Deb believes the Lord revealed to her that she was indeed carrying twin babies. She’s named them “Constance” and “Conrad” and believes she’ll be reunited with them one day.

“I desperately wish I could turn back time. I know my children who would be 31 years old this year, would have been a blessing to me and my family,” Deb said. “But I know they have eternal souls and in God’s timing, I will see them in heaven. I imagine them as a part of the great cloud of witnesses cheering me on to the finish line.”