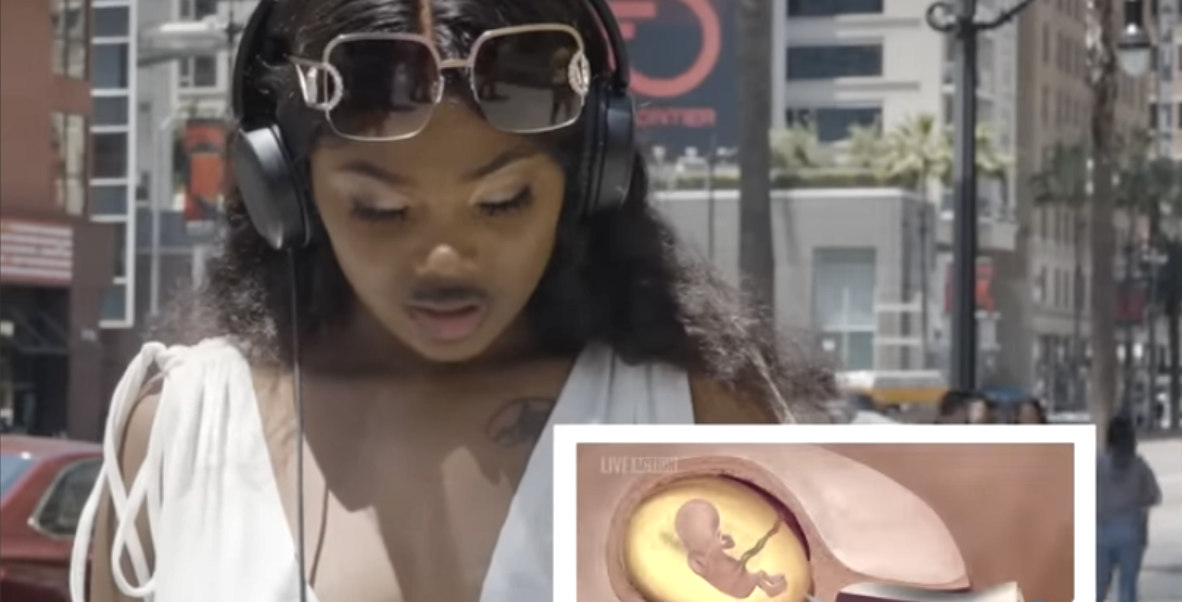 As the abortion industry peddles misinformation in an attempt to convince people that abortion is necessary for society to thrive, the need for exposing the truth is more important than ever. Many people don’t understand — and they are never taught — what abortion really is or what it does. As these man-on-the-street videos, taken on the streets of Los Angeles, demonstrate, once people see the horror and reality involved with it, they find it impossible to justify the taking of innocent life.

“I never knew what was involved”

“I think it should be a woman’s right to choose,” said the man in the first video, before watching an animation of an abortion procedure. “I think you should just give her the information on what could happen, and let her decide. It’s her body.”

The man was then shown a first trimester abortion procedure video from WhatIsAbortion.com, which describes in detail a dilation and curettage (D&C) procedure. In this procedure, a suction catheter is placed inside the mother’s uterus to vacuum the child from the womb, dismembering the child in the process. To finish, the abortionist uses a sharp tool called a curette to scrape any further remains out of the uterus.

After watching the video detailing the procedure, the man was asked for his reaction. “Wow,” he said. “I never knew what was involved or anything like that, but it seems just kind of really grotesque now.”

He then noted that he had no idea what abortion actually was. “I never really knew what it entailed, so this was — that was kind of eye-opening, actually.”

“I didn’t know that” about abortion

These sentiments are echoed in a second video, in which a woman told the man-on-the-street interviewer, “I am pro-choice, so I feel like I don’t have a say over another woman’s body.” When asked if she knew anything about the abortion procedure, she said, “I know people can get the baby medically removed. I know they can take a pill.”

She was then shown a video describing a dilation and evacuation (D&E) abortion, typically done in the second trimester of pregnancy. Thousands of these procedures take place every year in the U.S. alone. In this procedure, the abortionist uses instruments to dismember the preborn baby and pull it, limb by limb, from its mother’s womb.

When asked to describe how she felt after seeing the procedure, the woman said it was “scary.”

The woman said that she thinks everyone should watch the eye-opening video. “Not just people considering an abortion,” she said. “I feel like that’s the things they should show in school. I feel like they should see that.”

Far from being routine “health care,” abortion is the intentional ending of a human being’s life. The best way to counter abortion misinformation is to share the truth, because as these and many other videos demonstrate, when people learn the truth, they change their hearts and minds.