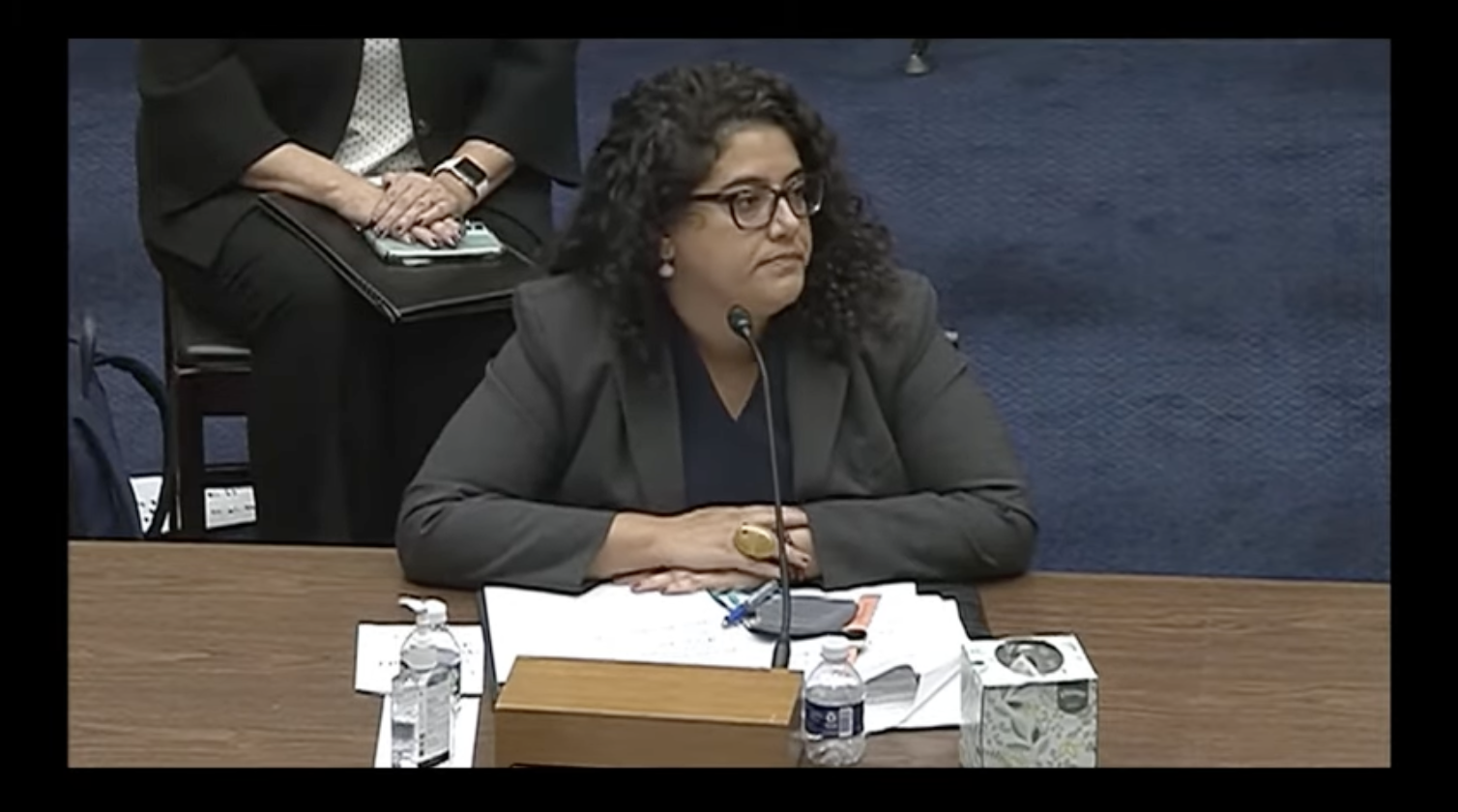 A hearing in the U.S. House Rules and Oversight Committee led to an explosive exchange between Rep. Yvette Herrell and Texas abortionist Ghazaleh Moayedi regarding the reality of late-term abortion. Additionally, Moayedi testified that she believes abortion is a “blessing” and an act of “love.”

In her prepared remarks, Moayedi slammed the Texas Heartbeat Act which restricted abortion after a preborn child’s heartbeat is detected, typically around six weeks gestation. She also presented the intentional killing of a human being through abortion as something positive, as opposed to what it actually is.

“I know first-hand that abortion saves lives. For the thousands of people I’ve cared for, abortion is a blessing,” she said. “Abortion is an act of love. Abortion is freedom. We need federal protection now. We need laws that elevate science and evidence, and recognize the dignity and autonomy of people accessing care.”

Considering how often the abortion industry and its defenders blatantly lie about science in order to keep abortion legal, it’s an odd argument to make. And it’s also not the first time Moayedi framed abortion in such a strangely positive way.

In 2018, she wrote an op-ed for Glamour, in which she claimed medical residents view pregnancy as a “disease” that shouldn’t be spread, and that becoming a mother herself only made her more committed to abortion. She also complained about the fact that Mother’s Day does not celebrate abortion.

“There are Mother’s Day cards to celebrate giving hugs, wiping noses, and kissing boo-boos—actions that are seen as the core of how a mother expresses love for her children,” she said. “For my patients who were not parents, and did not want to be at that moment, or who never want to be a parent, I recognize their abortions as an act of intentional motherhood. Choosing when to parent is an act of love. For my patients that were already parenting, I feel the deep love they had both for the children they had and for the pregnancies they were ending. Choosing an abortion is an act of love.”

Later, Moayedi was questioned by Herrell about late-term abortion, in which Moayedi tried to avoid giving the reality of the procedures used, continuously using the phrase “remove the pregnancy” as a euphemism for killing the preborn human being.

“I come from a state — the State of New Mexico — where obviously late-term abortion is alive and well,” Herrell began. “I don’t support that, but what I do want to ask you is specific questions about the procedure as a whole. Is it true that abortion procedures change based on the gestational age and size of the unborn child?”

Moayedi tried to dodge the question, but after being pressed by Herrell, she conceded, “So, abortion procedures are individualized to the person, where they’re at in the pregnancy, their unique medical circumstances, and the setting in which we’re providing the care.”

When asked to describe abortion procedures used in the first trimester, and why they aren’t used later, Moayedi bizarrely claimed the same procedures are still used later in pregnancy, but just with “different instruments.” Even after specifying abortions after 15 weeks, Moayedi still tried to argue that these were the same abortion procedures she had already described, even though first-trimester aspiration and second-trimester dilation and evacuation (D&E) abortions are markedly different.

In an aspiration abortion, the abortionist uses a powerful suction catheter to forcibly remove the child from her mother’s womb, and it’s typically a short procedure that lasts only minutes. D&E abortions, however, take much longer in order to properly dilate the cervix. The abortionist typically begins the first day by inserting laminaria to begin dilating the woman’s cervix, and the woman returns to the abortion facility in another one to two days. The abortionist will then dilate the woman’s cervix further, and use a Sopher clamp to dismember the preborn child’s arms and legs from her torso before crushing her skull.

The testimony led to a testy exchange between the two women:

MOAYEDI: We use a combination of gently dilating the cervix using medications and dilators and then removing the pregnancy using suction and instruments.

HERRELL: So these are more along the line of a dismemberment abortion.

MOAYEDI: That is not a medical term.

HERRELL: But it is used… the procedure —

MOAYEDI: That is not a medical term. The procedure is called a dilation and evacuation.

HERRELL: So equal to dismemberment.

MOAYEDI: That is not a medical term.

MOAYEDI: I’m not here to lie to the public.

HERRELL: Well, I’m not here either to lie to the public, but I do want to speak truth to the public, so let’s call it what it is. I’m going to say dismemberment; you don’t have to respond to that, but we all know that’s exactly what it is, and people need to understand what we’re talking about when we’re dismembering arms and legs of a beating-heat baby.

The constant use of euphemisms and the consistent obfuscation regarding what happens during an abortion make it clear that the abortion industry doesn’t want the truth to be known — or at least, not in “non-medical” terms.