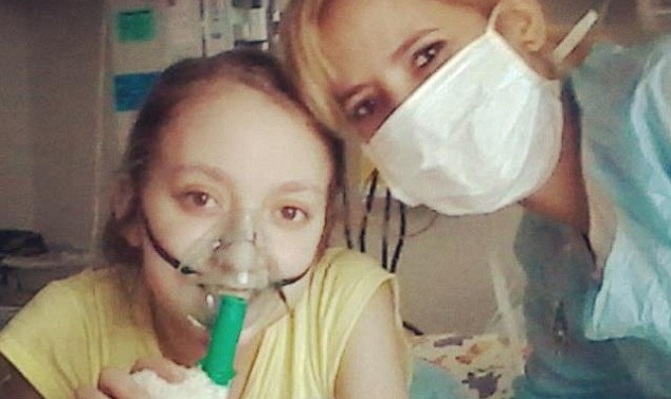 The Daily Mail reported on the good news that Valentina Maureira, a 14-year-old girl in Chile with cystic fibrosis, has changed her mind about wanting to be euthanized. The young girl felt inspired to live  after meeting Maribel Oviedo, a 22-year-old from Argentina who also had the disease, but now lives a normal life after a lung transplant.

In Chile, physician assisted suicide is illegal. Maureira’s request to die went viral when she recorded a video, asking to meet with President Michelle Bachelet, who she hoped would grant her approval to “get a shot that will make [her] sleep forever.”

While the president, who is also a pediatrician, could not grant her request, she did meet with the girl and her father, Fredy Maureria. The Maureiras hope that Valentina can continue meeting with the president, who is focused on “therapeutic efforts… aimed at the recovery of her nutritional state and supporting her family.” Maureira had also been sent a video camcorder to be able to record her experiences.

The Daily Mail also includes statements from Fredy Maureira which sadly reflect the mindset of those in favor of euthanasia:

“This is so tough, but I have to respect her decision because she’s the one who’s suffering this illness,” Maureira said.

“I already lost a 6-year-old son because I didn’t have enough money and organs. Now my daughter just wants to die in a dignified way,” he added.

Maureira told reporters after he first heard his daughter’s wish to end her life, he “cried through the night.”

Since the disease affects Valentina’s liver, pancreas and lung, she is frustrated with the lack of options and how the disease has impacted her quality of life.

“She’s exhausted, we’re all exhausted, but if she wants to keep fighting, I’ll be by her side every second,” Maureira said.

What initially gave Maureira the idea to request euthanasia hits closer to home.

As The Daily Mail noted, linking to a Spanish speaking site, 24Horas.Cl, she first got the idea after hearing about Brittany Maynard. The 29-year-old died this past November, through physician assisted suicide.

While people reached out to both Maureira and Maynard in an attempt to encourage them to change their mind, such efforts have seemed to pay off for Maureira. And it is encouraging that Fredy Maureira is also willing to stand by his daughter as she fights the disease.

While we must have compassion for others in their suffering, we ought not to have the power to take the time of our death into our own hands. Suffering is sadly a part of life, no matter how tragic or undeserved.

What message does assisted suicide say about the dignity of those who choose to let their illness run its course, who have hope, and make the best of what life they do have left? Are they not going to die with dignity?  Those who accept their fates are not giving up, but rather they have trust and hope in what will happen to them.

Valentina Maureira’s decision to change her mind also speaks to a larger issue. It is incredibly encouraging that this young woman decided to fight, to live. Death is final. There is no turning back, no changing one’s mind. Life is not always easy or predictable, but that is the beauty in the experience of it.