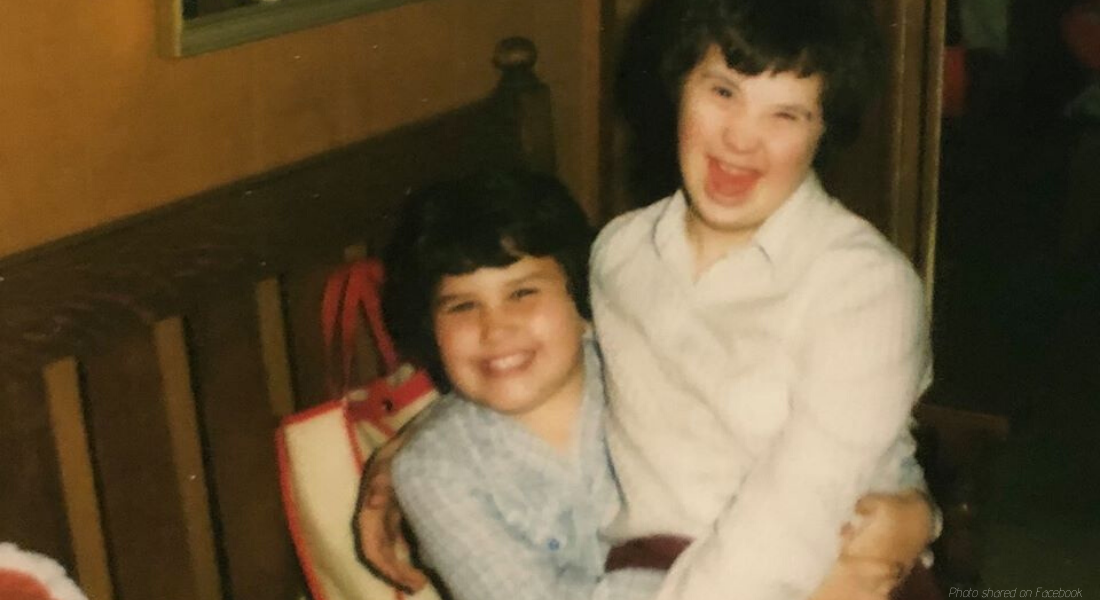 A recent story from Humans of New York revealed the love between two sisters, as well as the disappointments and heartaches. While these feelings are universal, what set this story apart is that one of the sisters has Down syndrome.

“Tracey did all the things a big sister would do. She always called me ‘Nut,'” the post began. “She helped me wash my hands, and brush my teeth. We rode bikes and played in the sandbox. Maybe our parents didn’t punish her as much. But other than that, nothing seemed different.” But that idyllic childhood came crumbling down when a cruel boy in their neighborhood targeted the subject’s sister.

“[A] boy in our neighborhood called her ‘a retard,'” the author recalled. “I remember running home and asking my dad what that meant. He stared at me for a moment, like he didn’t know where to start. And from that day on life was different. It’s not right to say that we weren’t equal anymore. But I went from innocent and not knowing, to feeling like I needed to protect her.”

READ: Couple with Down syndrome and autism celebrate 10 years of marriage

While the author of the post continued to have a normal childhood, her sister with Down syndrome didn’t; she wasn’t invited to slumber parties or to the prom, and after graduating high school at 21, there were no programs available to give her a place to live or meaningful employment.

“[S]he stayed at home with Mom and Dad while I moved on with my life,” she said. “Big changes were hard for her. She’d always say, ‘Why does God make us different? It’s not fair, Nut.’ She cried when I went to college. And I think my wedding was hard for her, even though she was the maid of honor. It’s not jealousy. It’s just that she wants to live a normal life too.”

“Tracey did all the things a big sister would do. She always called me ‘Nut.’ She helped me wash my hands, and brush my…

When the author of the post had children, however, Tracey became not only their aunt, but their best friend. “I always say that we raised them together. She loved my children more fiercely than a mama ever could,” she recalled. “But once again, I watched them outgrow her and graduate through life. But Tracey taught them things I never could. My children never blink when people are different. She’s taught us all so much. She just loves everyone. And she rolls with things better than we give her credit for sometimes.”

After their father died, it was Tracey who, despite her own grief, supported everyone else. “I watched her during the entire funeral,” she said. “She was greeting everyone and shaking their hands. And I remember thinking: ‘Wow, this must be so much for her.’ When the last person had left, I walked over and put my arm around her. And told her how proud I was. She just gave me a hug, and said: ‘Love you Nut.’”

READ: Her husband left after a Down syndrome diagnosis, but she chose life anyway

Though many people in society treat Down syndrome as people to be feared and eradicated, Down syndrome self-advocates and their families are speaking out more and more frequently as a means of fighting back against such ableism and discrimination.

People with Down syndrome deserve life, love, and a chance at happiness — just like everyone else — and it’s long past time for the world to accept them as they are.