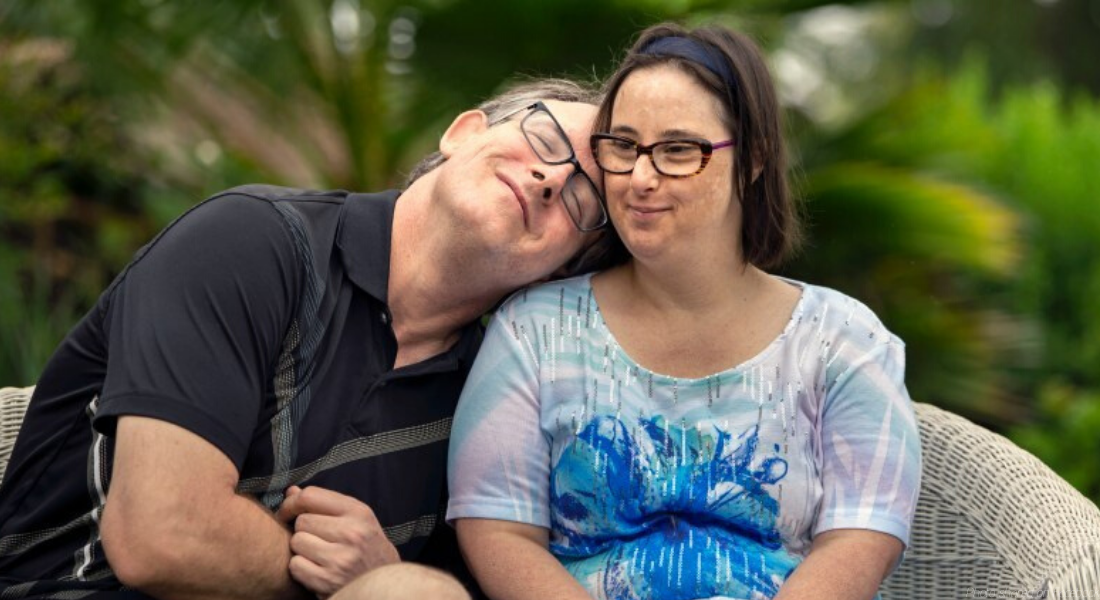 A husband and wife who are both neurodiverse are celebrating 10 years of wedded bliss, and along the way, they’ve been proving everyone wrong.

Erica Davis, who has Down syndrome, promised her mother that she would get married one day. But Kathy Davis had her doubts. “I told her, ‘You know, honey, marriage isn’t for everybody,’” Kathy told the Orange County Register. “I did not expect it to happen.” Yet in 2007, Erica met Ben Popely, an autistic man, at a dance for people with disabilities. They hit it off right away and began meeting at more events.

“Erica would come home and say, ‘Mom, I have a boyfriend! We held hands!’” Kathy said. “She’s always had a good imagination, so I wasn’t sure he existed. I asked what his name was, and she said, ‘I don’t know.’”

Two years later, Ben proposed at a winter formal, and they married in 2010, to the delight of their families. “They’re a couple of little cuties,” Cherie Popely, Ben’s mother, said. After their wedding and Disneyland honeymoon, Popely’s parents moved so they could be closer to the couple, and the Davises created a two-room suite for them in the upstairs portion of their house. And now, even 10 years later, they’re still affectionate and shower each other with compliments.

“It’s pretty sappy,” Steve Popely, Ben’s dad, said. “They have never stopped the dating mentality.” Cherie added, “Everybody should know the love they have for each other.” According to Kathy, it’s their differences that have made their marriage so successful. “Ben is charming and sweet and laid back,” she said. “Erica is a schedule-follower: ‘Hey, Ben, put on your clothes and brush your teeth.’ They complete each other.” Ben had his own method for success, though, saying, “We listen to each other, and I love her just how she is.”

Multiple couples with intellectual disabilities such as Down syndrome have been celebrating marriage anniversaries in recent years. While it may not seem newsworthy, it wasn’t that long ago that people with Down syndrome weren’t allowed to marry at all. The state of New York, for example, would not allow Paul Scharoun-DeForge to marry his wife Kris until they could both “prove” they were ready for marriage through tests measuring sexual knowledge, feelings, and needs. What these unions all prove, though, is that all people are capable of love, fidelity, and happiness. And no one should be barred from that simply because they are different.