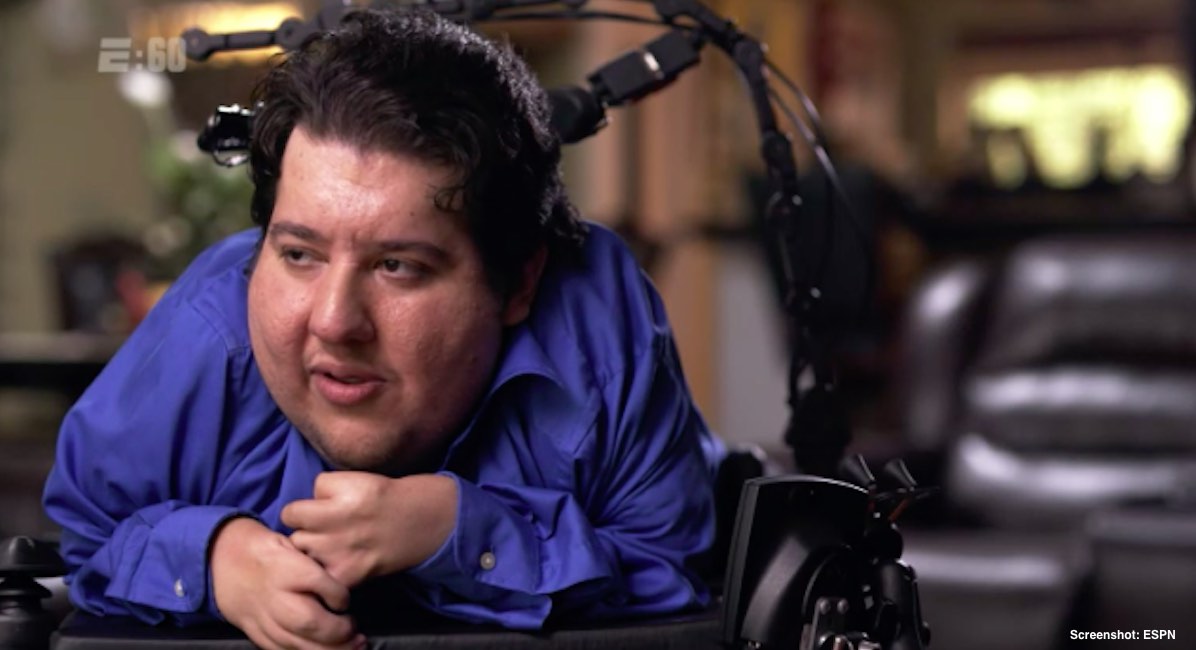 According to pro-abortion logic, Mike “Brolylegs” Begum would have been a candidate for abortion, had his condition been known before birth. Begum, whose mother learned of his diagnosis after his birth, was born with arthrogryposis and scoliosis. He summarized the combined impact of these medical conditions in a recent interview with ESPN. “Basically, my brain didn’t tell my muscles to grow.” As a child, Begum’s dad designed and created his first electric wheelchair. Now 31, Begum spends his days lying mostly flat in a customized electric wheelchair that functions similarly to an electric bed on wheels. Unable to use his arms or his legs, he props himself on his elbows in the wheelchair, using his head to maneuver the controls. His younger brother Johnny is his primary caregiver, bathing and dressing and feeding him. He carries his older brother through their mother’s house where they both live, because his wheelchair won’t fit through the doorways.

From the outside, Begum’s dependence might seem isolating. But this is where Begum’s story goes off the expected rails for a disabled individual. “Brolylegs,” as he’s called in the world of ESports (competition video gaming) — Begum’s nickname taken from the popular Dragonball-Z game — is actually a world-class video gamer. Introduced by his dad to video games starting with Donkey Kong at age two, “Brolylegs” is now a renowned Street Fighter player, recently winning $10,000 in a Street Fighter tournament. He manipulates the controller with his mouth.

For Begum, video games are an equalizer, an arena in which his physical limitations don’t matter. He told ESPN that he loves the gaming world. “They’ve never treated me different because I’m disabled. The only thing that matters is can you play, and yeah, I can play.” Begum adds, “The freedom [a non-disabled person has] versus the freedom I have is incomparable. I’m locked away and have to rely on so many people,” he admits. “But I don’t have to rely on anyone to play.”

WATCH: Twitch streamer Ninja thanks his mom for choosing life

Begum credits his dad, who died suddenly from a brain aneurysm when he was 21, with forbidding him to wallow in self-pity growing up, teaching him “to be strong and smart and learn from the world.” Video games were a refuge from the devastation of his dad’s death and from its consequential impact on his family and living situation, forcing him to move out from his step-mother’s house and back in with the mother he’d been separated from since his parents’ divorce when he was a child.

Begum hopes that gaming will be the gateway to achieving his dream “to live independently in a house with lifts and ramps and voice-controlled doors and lights, and when he wants to go to a competition, all he’ll have to do is roll onto the ramp of his van and drive off.”

Begum’s story teaches a lot of lessons: One: every single one of us is good at something; two: though we may not all be dependent on others for physical care, we need each other to thrive as human beings; and three: we have an unique capacity as humans to face adversity resiliently with the support of those around us.

Encouraging and supporting every human being, regardless of each one’s limitations, is vital as we seek to build a culture of life.