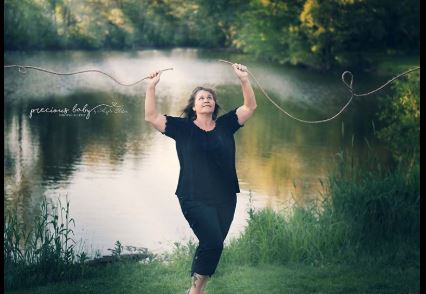 It’s been over three decades since Donna underwent an abortion, and over all that time she carried the remorse and the agony of it with her. In a photo shoot and interview with photographer Angela Forker for the After the Abortion Photography Series, Donna opened up about the pain that the abortion has caused her.

“It’s taken me 33 years of shame and guilt to be able to admit to another human being that I murdered my child,” she said. “My tears are not futile. God knows me intimately, and every tear I shed has meaning to Him. He remembers my sorrow as if He kept each tear in a bottle.”

Posted by After the Abortion Photography Series by Angela Forker on Monday, June 15, 2020

Donna explained that at the time of her abortion, she fell for the lie that fetuses are not human beings. She chose to believe the lie that preborn babies are nothing more than tissue. It was the only way she could reconcile herself to the act of abortion. But it’s also a tactic of the abortion industry — to coerce women to abort.

“I was very willing to believe the lies we are told: ‘It’s not a human, It’s a clump of cells, it’s just tissue, it’s a fetus.’ That day, they sternly corrected me every time I referred to my baby as a baby,” she explained. “They made it clear to me that it’s a fetus — to be scraped up and thrown away. Because those lies are easier on a guilty conscience. If only I would have chosen life.”

Unsurprisingly, Donna felt guilt immediately following her abortion. She may not have realized it then, but the abortion would have far reaching effects on her life and the lives of those around her. She eventually realized that the abortion changed everything — and not for the better.

"Tears in a Bottle"Many people will be able to relate to "My Saddest Tears" regardless of how you lost your baby. As…

Posted by After the Abortion Photography Series by Angela Forker on Monday, June 15, 2020

“From the moment I completed my abortion I felt gagged, bound and silenced,” she said. “I felt oppressed and as if I was nothing. I regret not mothering my child. Not giving that child a chance to live. I felt regret later in life for denying my living children of having a relationship with their sibling. My abortion affected me, my child, my extended family and it affected generations.”

Today, however, Donna has begun to finally find a sense of peace, thanks to God’s forgiveness and mercy. She still feels remorse over her decision to abort, but she no longer sees herself as “bound” and “gagged” but rather as “redeemed” and “free.”

"Bound and Gagged" Can you relate to Donna's abortion story? Do you feel bound and gagged? More importantly, are you…

Posted by After the Abortion Photography Series by Angela Forker on Wednesday, June 3, 2020

“I have been forgiven for the murder of my child,” she said. “I still suffer, but I know I’m forgiven. And I now can use my experience to help to bring healing to others.”

Through the After the Abortion Series, photographer Angela Forker helps women who are living with abortion regret to share their stories in hopes of helping other women avoid the trap of abortion. Abortion does not free women, and Donna knows this firsthand. She wants other women to learn from her so they may avoid the decades of pain that abortion causes.