Not too long ago, the press would have been all over the rights-supporting pro-life movement. Not so today. 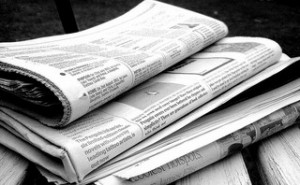 The media no longer fulfills one of its most important roles: giving an equal voice to the perceived underdogs. Photo credit: NS Newsflash on Flickr

One of the strongest legacies of the liberal sixties is skepticism of totalitarian systems, stifled expression, and big government. Yet events transpiring earlier this fall suggest a disregard by our mainstream media for the values of peaceful protest as an expression of civil action in the public square.

In response to the bypassing of religious freedom represented by the contraception mandate within the Affordable Care Act, a group of activists called ActsFive29 were arrested between September 29 and October 1 in front of the White House. The activist group takes its name from the action of the apostles described in the New Testament. When told by local officials that they could not publicly share their faith, the apostles refused to comply, saying, “We must obey God rather than man.”

ActsFive29 began its peaceful protest by kneeling in prayer, and 68 arrests were made because the location was a “restricted” zone of unprotected speech. The civil disobedience involved breaking a restricted speech law (a limitation on speech in front of the White House) in order to highlight the injustices coming from the contraception mandate.

It is one thing to have a bias in the presentation of the news. But a further harm to democracy is the suppression in the mainstream media – the modern-day public square – of views contrary to the dominant power. Vietnam War protesters, for instance, were celebrated. Civil disobedience was an acknowledged vehicle for reform employed by those not in power. As a balance to the out-of-control power of an establishment government that made the lives of young people expendable for American hegemony, civil protest was a powerful way to maintain a free democracy.

Legalized abortion has been around for a long time, but as with slavery, resistance has endured throughout its legalization. ActsFive29 organizers condemned the Affordable Care Act, saying it “forces citizens to pay for abortions and abortifacient drugs regardless of their convictions. It makes the subsidizing of abortion a federally-mandated responsibility for all taxpayers.” Unborn babies are indeed considered expendable under the Affordable Care Act. To fight for those relegated to the status of expendable humans follows a strong American tradition.

In an act of civil disobedience on behalf of slaves who were thought expendable, for instance, Thoreau refused to pay his poll taxes because the money would go to fund a war waged to expand slavery’s domain in Mexico. Similarly, the lives of over one million unborn Americans are lost each year to abortion, and activists such as ActsFive29 are demonstrating their readiness to refuse to comply with a tax in support of a health care mandate that will treat some human lives as expendable. 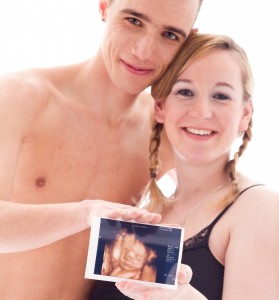 All human beings deserve to have their rights advocated for, and those who stand for them should have their voice heard.

Onlookers may dismiss ActsFive29 as having merely staged this protest. Yet most of what the suffragettes did consisted of getting arrested on purpose to make a statement, and they succeeded in drawing attention to women’s suffrage. Often having to rely on alternative media, suffragists made use of posters, pamphlets, and other printed material apart from the mainstream media. Now, women have the right to vote and have expanded legal rights at home and in the workplace.

The ActsFive29 protesters prayed peacefully in a restricted area, and they were arrested to protest the government mandate that forces Americans to violate their consciences. Such civic protest is a respected tactic used throughout American history to draw attention to a significant social cause. So long as they are not destructive of private property or deliberately provoking police, those willing to sacrifice their comfort and freedom have been the widely acknowledged underdog heroes of civic action. The media has not served the public in its failure to cover the ActsFive29 protest, thus blocking the incident from widespread public view.

When it came to the forms of civil disobedience displayed by the Occupy Movement, there was ongoing media attention. The sustained attention given to the Occupy Movement serves to highlight the obstruction of democratic dialogue on the part of the mainstream media when they disagree with the viewpoint of demonstrators. Whereas the pro-life movement consistently holds peaceful vigils, such as 40 Days for Life and the March for Life, the Occupy Movement resorted to vandalism, assault, and destruction of property. Occupy protesters destroyed private property and committed murder and suicide. Drug use, theft, sexual assaults, and rapes were also reported. Yet, generally speaking, Occupiers have received continued coverage in the mainstream media, while pro-life activism often goes unreported. 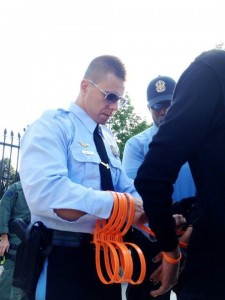 Arrest of pro-lifer at ActsFive29 protest

During the Civil Rights era, the press aided the case for civil protest primarily by covering it. As a mode of grassroots action, the efforts to call attention to those considered expendable was essential to the dialogue necessary to produce a more democratic nation. It was the national press that made free speech possible in the public square while also guarding the public’s right to know.

The press is needed once again to guard the democratic speech and action of those who would otherwise be silenced. In its sixties role as watchdog, the press would never have allowed the voice and civil protest of the opposition to establishment power to go unreported.

Whenever the government promoted wholesale, non-local solutions, the liberal generation of the sixties became suspicious and questioned the reasoning and motivations of governmental agencies that often became corrupt if given too much power. Yet, despite its sympathy for the underdog sensibilities of those affected by sweeping governmental powers, the press has generally failed to support grassroots civil action embodied by pro-life activists such as ActsFive29.

In their peaceful efforts against conglomerate and establishment forces, ActsFive29 and pro-life activists represent the single most diverse and widespread grassroots social movement going. Many are waiting for the liberal media – who in years past would have jumped all over this story in defense of rights – to act in its sixties role as a skeptical anti-establishment champion of underdog activists and defenders of human rights.

If it held to its sixties role, the press would illuminate the willingness of such activist groups to speak up, take non-violent action in the public square, and undergo arrest in defense of what “ObamaCare” treats as expendable human lives.