The Texas Senate approved a bill Tuesday to protect abortion survivors from infanticide. Senate Bill 23, known as the Born Alive Infant Protection Act, passed with a vote of 21-10, including two Democrats who voted in favor of the bill.

“Babies who survive abortions in Texas deserve protections and care – just like every other Texan,” said Nicole Hudgens, Senior Policy Analyst for Texas Values Action, in a press release. “We thank Senator [Lois] Kolkhorst for authoring and defending the common-sense bill and we thank the Texas Senate for supporting it.”

The bill requires that abortionists give medical assistance to save an infant who survives an abortion just as they would any other baby born at the same age. While Texas has a ban on abortion after 20 weeks gestation, that law is waived if the mother has a life-threatening condition or the baby has receives a prenatal diagnosis. While abortion is never necessary to save the life of the mother, in either of those instances, babies who are aborted beyond the age of viability can survive. They deserve to be given medical care rather than being left to die or actively killed, as the infamous abortionist Kermit Gosnell did when he was killed late-term abortion survivors by snipping their spinal cords.

Abortion providers who fail to help an abortion survivor could be charged with a third-degree felony and face a sentence of two to 10 years in prison. In addition, they would stand to be sued by the Texas attorney general with a civil penalty of “not less than $100,000.”

State Senato Lois Kolkhorst (R) is a co-author of the bill and said that while the instances of babies surviving abortions may be rare, those individuals must be protected from harm.

Despite what abortion advocates claim, children are born alive during abortions — so says the CDC. 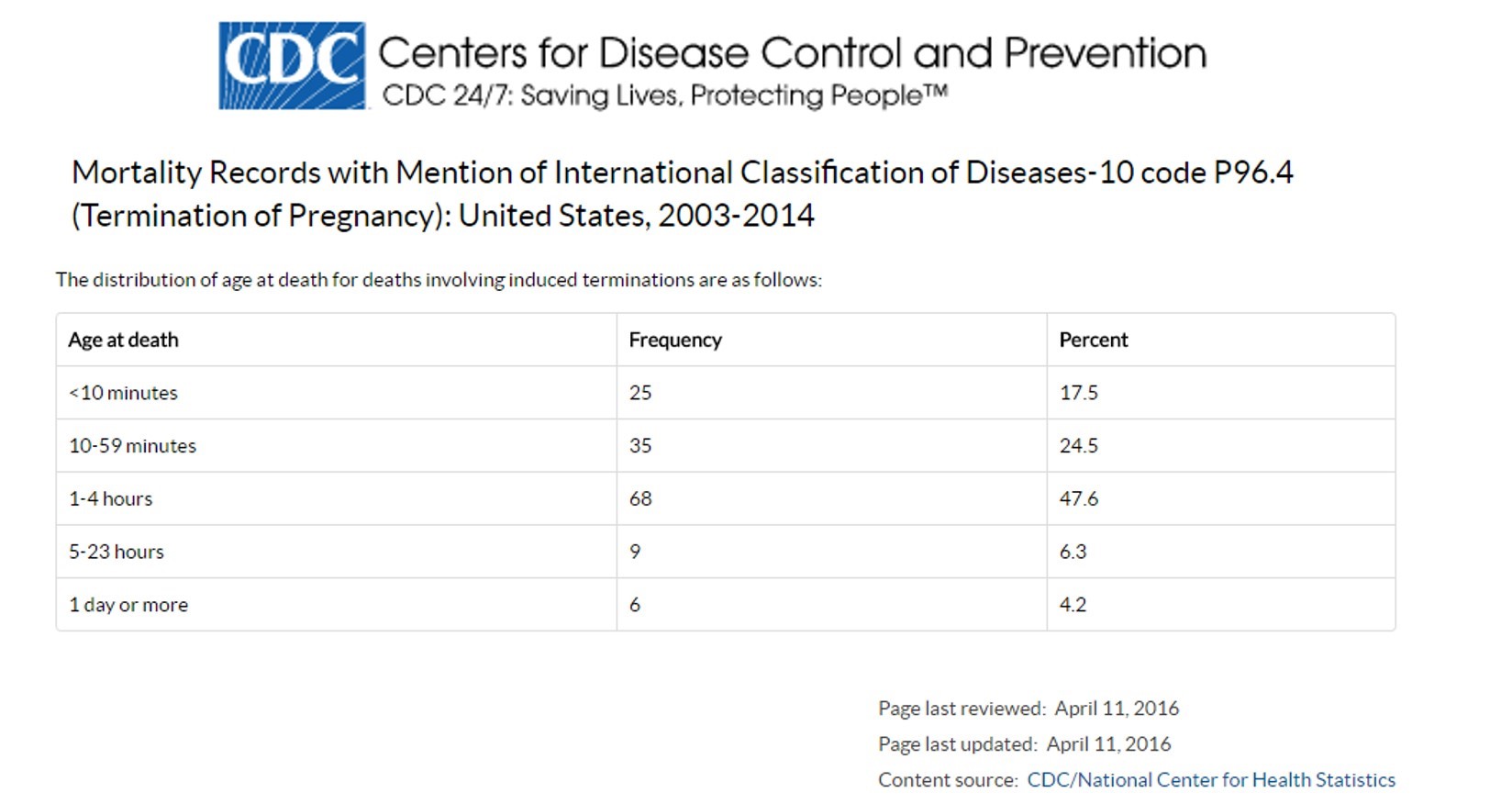 However, it remains unclear just how rare surviving an abortion is. The CDC collects incomplete data on babies born alive during an abortion and found that between 2003 and 2014 between 376 and 588 babies survived a “termination of pregnancy.” Some of these children lived for just minutes while others lived for a day or more. Nearly half lived from one to four hours. The CDC said these numbers are just estimates and could be higher. The Family Research Council knows these numbers are actually much higher.

“We know it is an underestimate because these are just reported numbers from hospitals, not abortion facilities,” Arina Grossu, Director of the Center for Human Dignity at the Family Research Council, testified in 2016 regarding a similar law. “Gosnell is only one abortionist who was responsible for ‘hundreds of snippings’ of born-alive babies, yet he did not report one. His numbers alone exceed the ‘definitive’ numbers of the CDC.”

The bill now heads to the House for a vote.