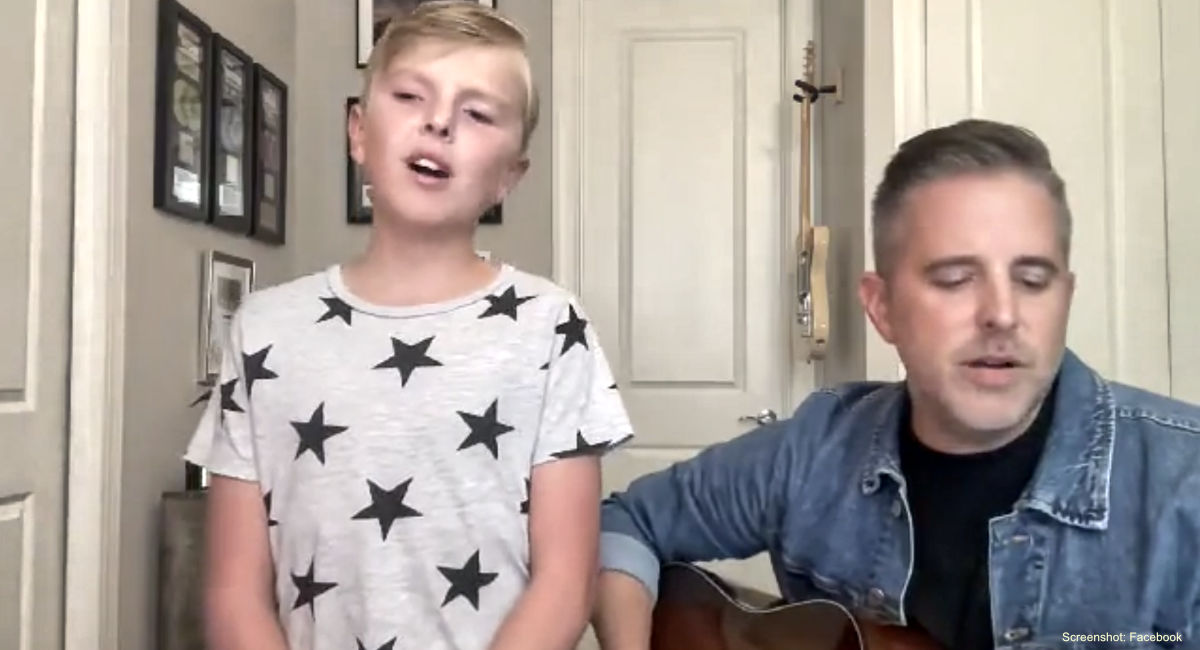 On August 26, the Rocky Mountain Vibes canceled family night at UC Health Park, that had been sponsored by two pro-life organizations — Save the Storks and Pikes Peak Citizens for Life — an was set to feature a concert from pro-life Grammy-nominated singer and songwriter Matt Hammitt and his son Bowen. Hammitt recently spoke out about the cancellation of the event on Facebook Live.

“Some of you, if you’ve followed any of my posts, would probably have seen that we were headed to Colorado Springs for the Rocky Mountain Vibes game last night,” he said. “I had my sons Louis and Bowen with me. It was gonna be a daddy-son trip. We were gonna play [at] the game and then we were gonna also spend the weekend in Colorado and have fun together. As we were at the airport, we got a call that we should turn around and go home because the event had been canceled. So that was a big disappointment for me and for Bowen and for Louis. And there are obviously a lot of feelings from the kids and — you know — tears, and not understanding why the event was canceled to begin with.”

Hammitt explained that while disappointment is a part of life, the hardest part was explaining to his children why the event was canceled, which was because the sponsoring organizations (which had sold a large number of tickets for the game and event) and the Hammitt family are pro-life. Hammitt is an advocate for Save the Storks, which help to empower women facing unplanned or difficult pregnancies choose life.

In 2010, when Hammitt’s wife Sarah was pregnant with Bowen, they were advised to abort Bowen after he was diagnosed with Hypoplastic Left Heart Syndrome, in which the left side of the heart is severely underdeveloped. They refused, understanding that God has a plan for Bowen.

He continued, ‘And so when I had to explain to my kids that the Vibes baseball organization canceled the event because that’s what we stand for, you can imagine that’s a little bit confusing to kids that don’t understand all of the political fears that organizations face when they’re afraid of activists these days.”

Hammitt explained that the Vibes had approached Save the Storks to sponsor the event, and later told Save the Storks they had the biggest ticket sales of the season for the game at which Hammitt was scheduled to perform, but then they canceled the event — not the game — hours before it was set to start.

“So ya know, there’s not a lot of integrity in operating that way,” he said. He asked his followers to message the Vibes to let them know that it wasn’t the right way to handle the situation.

He finished the video with a special performance featuring Bowen. The father-son duo sang the song they had planned to sing at the Vibes baseball game the night before and announced that Bowen has three of his own songs out on Spotify. Hammitt also noted that the documentary film “Bowen’s Heart” is also available to watch on various streaming networks.