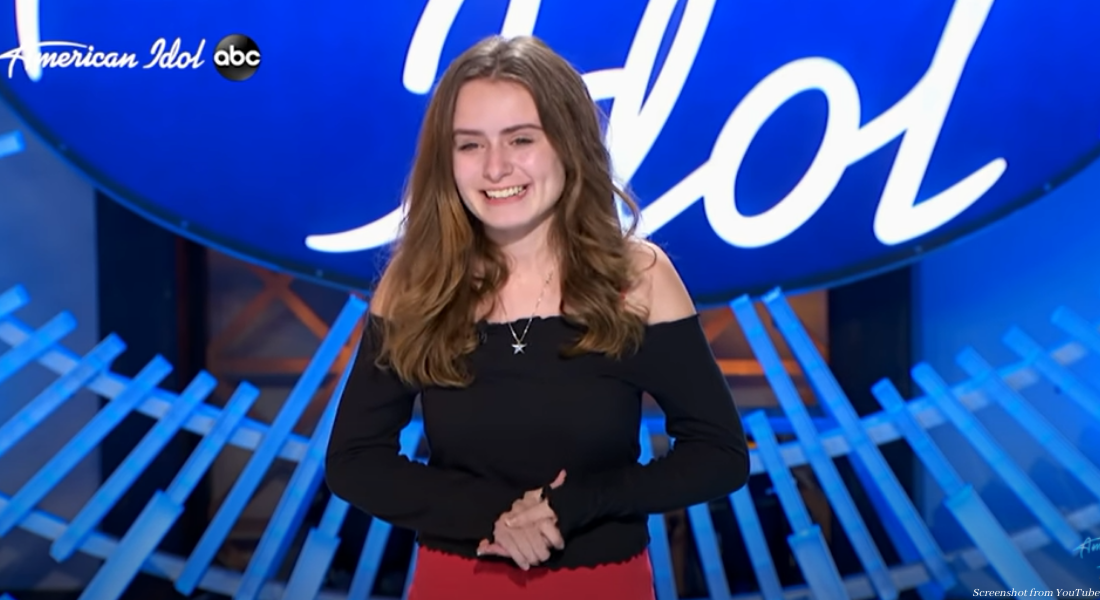 A 15-year-old girl recently got a golden ticket on American Idol, meaning she will advance to the Hollywood round of auditions. But what makes her stand out is that she also has cystic fibrosis (CF), and overcame many obstacles to win the hearts of the judges.

Brianna Collichio is from Spencerport, New York, and performed Alessia Cara’s “Scars to Your Beautiful” for judges Lionel Richie, Katy Perry, and Luke Bryan. But it was also a long road for her to get there. CF is a progressive illness affecting the lungs which causes infections, inflammation, and respiratory failure. People who have CF have typically lived into their 30s, although recent medical advancements are making a huge difference.

For Collichio’s parents, realizing how talented she is was an emotional moment for them. When Collichio was still in elementary school, she began singing along to Celine Dion’s “O Holy Night” at Christmastime, as the family decorated their tree. “I said, ‘What in the world?’ I started crying. I could not believe it. She blew me out of the water,” her mother, Colleen Collichio, told the Democrat & Chronicle, explaining that she quickly reached out to a vocal coach, who was initially skeptical until he heard Collichio sing.

Collichio’s American Idol ambitions began after her sister posted a video on TikTok of her singing. “I said, ‘If this thing goes viral, I’ll audition for “American Idol,'” she recalled. “And it went viral.”

She began needing to go to the hospital when she was seven, and is aware of the potential limitations of her disease — but she still lives life to the fullest. “The life expectancy for cystic fibrosis is maybe 36, but it doesn’t defeat me,” she said. “It doesn’t define me.” Yet her road to American Idol glory still had bumps along the way.

“The eve of my audition, I collapsed,” she said. “I was rushed to the emergency room. So, I ended up in surgery. Right before I went into surgery, I got a call from my sister, and she told me we were able to reschedule the audition.” And she refused to give up on her goals, even with the difficulties she was facing.

This time, her collapse was due to kidney stones, not CF, which had prevented her from auditioning several times. “We were treated so kindly,” her mother said of the show’s producers. “They told us, ‘Please don’t worry; your daughter’s health is number one.'” She eventually was able to make her virtual tryout from home, from which she advanced to the next round: auditioning before Richie, Bryan, and Perry.

“I have faith. If I didn’t have faith, I wouldn’t be here right now,” she told the judges. “Singing and cystic fibrosis are on different sides. Usually with cystic fibrosis, your lungs are scarred, but my lungs are not scarred, and my voice is not raspy. So I want to inspire people. That’s why I’m here.”

READ: A cystic fibrosis diagnosis was supposed to end his life. Instead, he’s thriving.

Before, Collichio was having to endure a difficult daily routine to clear her lungs, including inhaled antibiotics and wearing a RespirTech vest to loosen the mucus in her lungs. But a new drug, Trikafta, has made a huge difference for her. “It’s been a miracle, all around,” said Colleen Collichio. “She never even coughs anymore.” The medication has been called a miracle drug, and it works by forcing the malfunctioning CFTR protein to work as it is supposed to at the cellular level. It’s expected to improve lung function for people with CF, and increase life expectancy even further, and offers the hope of an average life span one day.

After performing, Collichio seemed slightly stunned, saying, “I can’t believe I made it this far. It’s been hard.” But the judges, and Perry especially, applauded her for her perseverance.

“Wow, I mean… you’re the walking miracle! And you give people hope, and people need a lot of hope right now,” Perry said. “You’re not your illness. You’re Brianna. And if you come at this with the same vigilance that you come at facing adversity, I think you’re gonna climb all of the mountains. And I think you’re gonna grow right before our very eyes.”

All three judges voted yes for her to move on to Hollywood as Collichio cried, with Perry saying, “You are so worthy.” It’s something her family never had any doubt about.

“The day you were born, I knew you were going to be something special!” her sister said in a taped video message during her audition. “You’re going to inspire thousands of people, and I’ve always known it.”