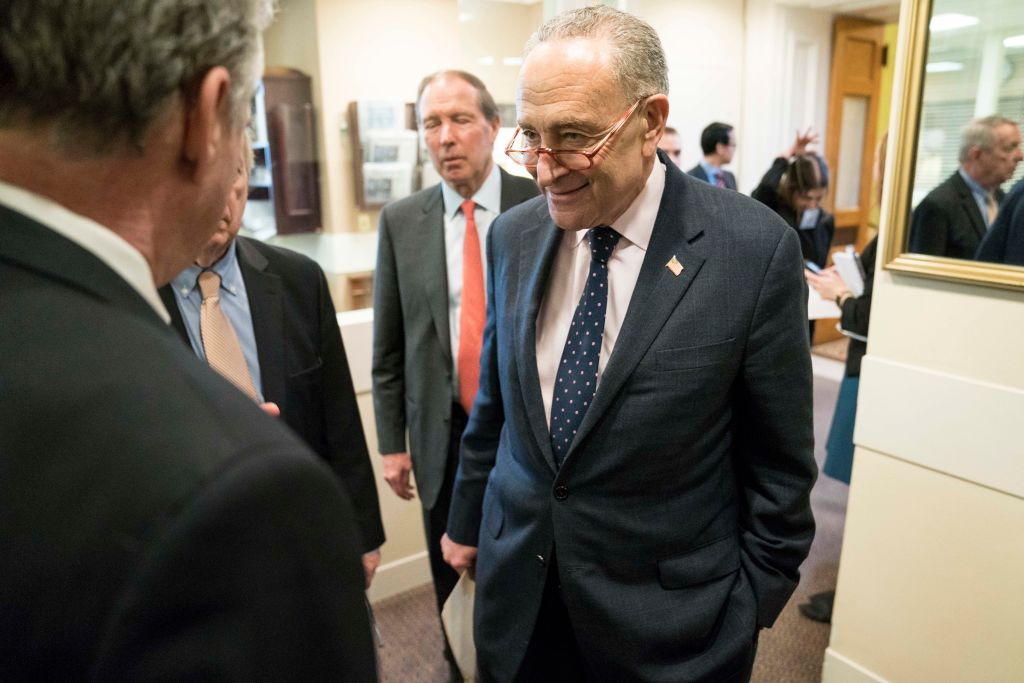 On the heels of a letter from U.S. Senators calling for an investigation into how Planned Parenthood improperly received $80 million in COVID-19 relief funds, Planned Parenthood’s supporters in the Senate are firing back. Rather than recognize that funding from the Paycheck Protection Program was meant to help small businesses, a large group of senators are insisting that Planned Parenthood be allowed to keep the money.

Led by Chuck Schumer (D-N.Y.), currently the Senate Minority Leader, 41 Democrats signed a letter sent to the Treasury Department and the Small Business Administration, slamming the efforts to recoup the money as being nothing more than political. “It is critical that the SBA implement the PPP [Paycheck Protection Program] as Congress directed, without ideological efforts to treat certain nonprofit organizations differently from others,” the letter read. “The SBA must administer the PPP in a manner that is uniform and that does not target any entity or subset of entities for exclusion, especially if doing so is based on a political ideology, the services provided by that entity, or any other factor unrelated to the criteria established by law in the CARES Act.”

“[W]e ask that the SBA stop ideologically-driven action against Planned Parenthood organizations through the unequal application of the affiliation rule in order to score political points for this administration by attacking nonprofit health care providers,” the letter concluded.

Schumer followed up with a tweet referring to Planned Parenthood facilities as “health centers,” and argued that depriving them of money meant for COVID-19 relief was nothing more than a ploy to win political points.

In the CARES Act, the PPP program ensured nonprofits that meet the qualifications would be eligible for help.

You need to stop the ideologically-driven action against Planned Parenthood’s local health centers to score political points for the Trump admin. pic.twitter.com/rv8Cxkwl8T

The notion of Planned Parenthood as a health care provider that millions of Americans depend on is popular with pro-abortion advocates, but it’s unfortunately not even close to true. The abortion corporation serves only a tiny percentage of women, and the legitimate health care services offered there are practically non-existent. They perform less than 2% of cancer screenings, less than 2% of breast exams, and less than 1% of Pap tests in the United States. Prenatal care is practically nonexistent there.

Meanwhile, Planned Parenthood is vastly outnumbered by legitimate health care clinics, such as Federally Qualified Health Centers (FQHCs). There are over 1,100 FQHCs operating at over 6,000 sites across the country, as well as an additional 9,000 community health centers; Planned Parenthood operates approximately 650 facilities.

Planned Parenthood is not a health care provider, and it is not a small business. There’s no reason its affiliates should be given COVID-19 relief funding; after all, the abortion industry has largely received special treatment during the pandemic from multiple states allowing abortion businesses to remain operational. Some Planned Parenthood affiliates halted all services other than abortion during this time. This abortion corporation already receives more than half a billion dollars annually doesn’t need to receive continued special treatment from American taxpayers.