The Supreme Court of the United States announced on Monday that it will hear the case surrounding Mississippi’s 15-week abortion ban known as the “Gestational Age Act,” HB 1510. The case, Dobbs v. Jackson Women’s Health Organization, gives SCOTUS the opportunity to reconsider Roe v. Wade, the Supreme Court ruling that legalized abortion in the United States in 1973, as well as Planned Parenthood v. Casey, the 1992 Supreme Court case that affirmed Roe v. Wade and set viability as the standard for when abortion can and cannot be restricted.

Arguments will likely be heard in the fall of 2021 and a decision on the case is expected by the summer of 2022. This will be the first case focused on abortion limits since the appointments of three conservative-leaning judges to the Court. The case will determine whether pre-viability restrictions on abortions are constitutional. 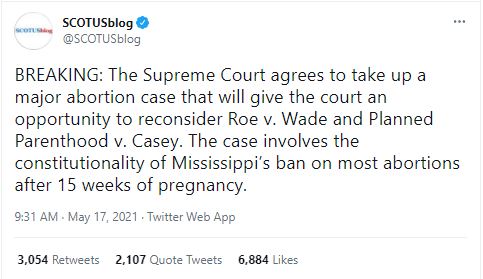 Mississippi’s Gestational Age Act passed in 2018 and prohibits abortions after 15 weeks. The Jackson Women’s Health Organization, the only abortion business in the state, immediately filed suit against the state and the federal district court struck down the law. After an appeal, the Fifth U.S. Circuit Court of Appeals agreed with the district court that the law was unconstitutional because it restricted abortion prior to viability.

Mississippi Attorney General Lynn Fitch, the first female attorney general in the state, asked the Supreme Court in June 2020 to take up the 15-week abortion ban appeal. In October 2020, the court said it would consider hearing the case.

“This is the most important abortion-related case in a very long time,” said Live Action founder and president Lila Rose. “We are long overdue for the Supreme Court to revisit Roe v. Wade and Planned Parenthood v. Casey — cases that have led to the deaths of over 60 million innocent children and led many women and men to lifelong regret. The Supreme Court must acknowledge what science has long revealed: that a unique and individual human life beings at the moment of fertilization. They must recognize that the arbitrary line of viability is an ever-changing goalpost as science and technology advance, and a child’s ability to survive outside the womb should not determine his or her humanity or right not be murdered in a violent abortion.” 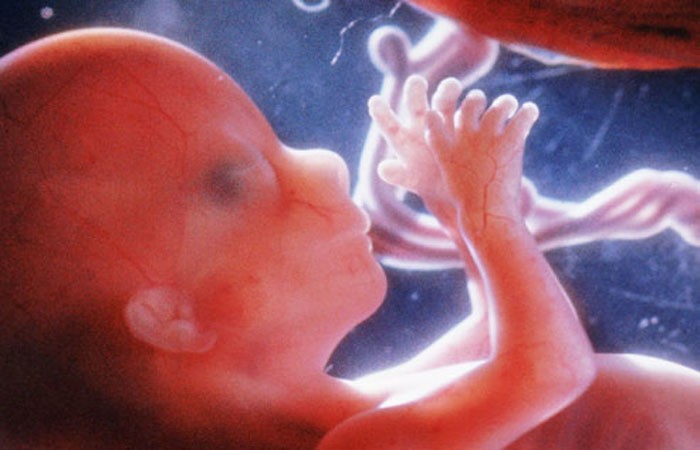 When asked about the age of viability during the U.S. House Committee on Oversight and Government Reforms proceedings in 2019, Planned Parenthood abortionist Colleen McNicholas tried to avoid answering but eventually confessed that, to an abortionist, “viability” does not necessarily depend on gestational age.

“So, viability is a complicated medical construct. There is no particular gestational age,” McNicholas said. “There are some pregnancies in which a fetus will never be viable. There are a number of different factors that we think about when we’re considering if a pregnancy is or isn’t viable.”

Essentially, the abortion industry ignores the rules set by the Supreme Court concerning viability, and despite the current medical consensus that a preborn child is considered viable somewhere between 22 and 24 weeks, has created its own flawed standards in determining whether or not a preborn child is “viable.”

At 15 weeks, a preborn child has a beating heart, growing teeth, fingers, and toes, and she can make complex expressions and responds to touch. Babies born as young as 21 weeks are capable of surviving outside the womb with medical intervention.

The Gestational Age Act states that the legislature’s reasoning behind choosing 15 weeks as the age for the ban is that most abortions at this age and beyond are carried out using Dilation and Evacuation or D&E abortion, which involves tearing a preborn child’s arms and legs from her torso before crushing her skull. The procedure is explained in the video below by former abortionist Dr. Anthony Levatino. The second reason for choosing 15 weeks is that with increased gestational age, a woman’s risk for experiencing abortion complications such as hemorrhaging and death increases.

“Every child, including a baby ‘pre-viability’ should be protected from the horrors of abortion and the abortion industry,” said Rose. “A 15-week-old baby has a face, fingernails, eyelashes, a heartbeat and brainwaves. The Supreme Court should grant equal protection under the law to all humans, even from the very beginning of every human’s life.”