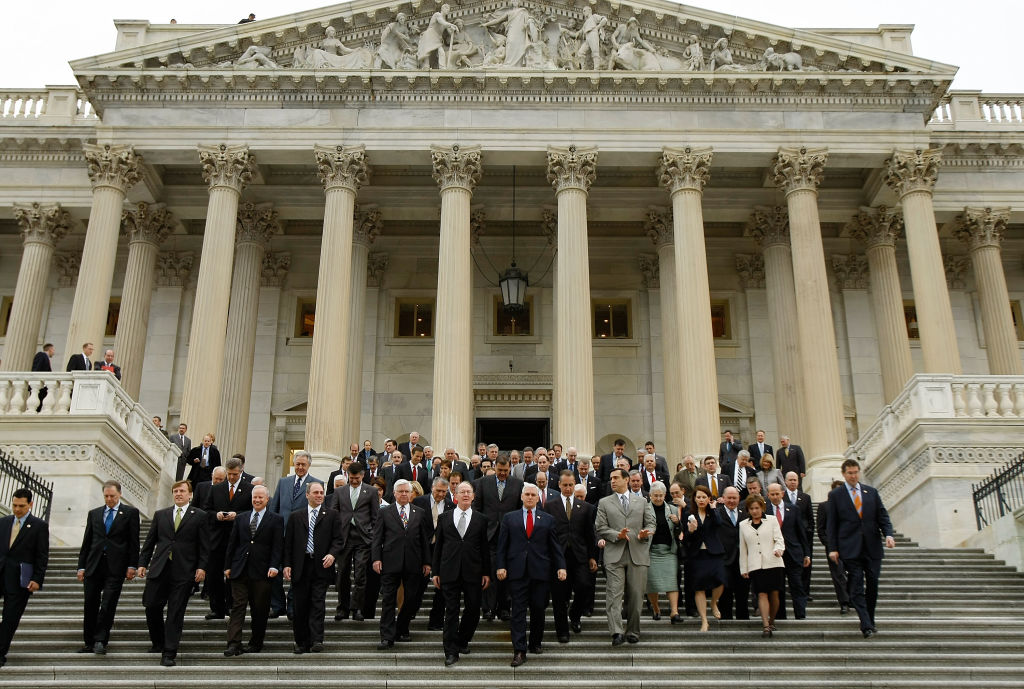 Nearly 230 Republican legislators issued an amicus brief on Thursday, urging the Supreme Court to overturn Roe v. Wade when the court hears a case involving Mississippi’s restriction on abortions after 15 weeks this fall.

“Mississippi’s case provides the Court a chance to release its vise grip on abortion politics, as Congress and the States have shown that they are ready and able to address the issue in ways that reflect Americans’ varying viewpoints and are grounded in the science of fetal development and maternal health,” wrote the signatories.

The States have expressed the desire to protect life through a burgeoning number of laws enacted to further the States’ important interests in protecting women from dangerous late-term abortion, ending the destruction of human life based on sexism, racism, or ableism, upholding the integrity of the medical profession against the barbaric practice of dismembering human beings in the womb, and protecting preborn infants from the horrific pain of such abortions…

We respectfully urge the Court to affirm the constitutional authority of the federal and state governments to safeguard the lives and health of their citizens, born and not yet born.

The brief refers to the much-anticipated upcoming Supreme Court case, Dobbs v. Jackson Women’s Health Organization, which questions the legality of the state’s 15-week abortion limit. Passed in 2018, the Gestational Age Act limits abortions to before 15 weeks gestation (13 weeks post-fertilization). Mississippi’s only abortion facility, Jackson Women’s Health Organization, immediately challenged the law. While the law was initially overturned by two lower courts, which ruled that it was unconstitutional because it limited abortions prior to the age of viability, Mississippi Attorney General Lynn Fitch asked the Supreme Court to take up the case in June 2020.

Numerous pro-life groups and individuals, including the Center for Medical Progress, a coalition of secular pro-life groups, and the Charlotte Lozier Institute, have also filed briefs with the Court in favor of overturning Roe v. Wade.

Abortion opponents believe that the case gives SCOTUS the chance to reverse course on both Roe v. Wade and Planned Parenthood v. Casey, cases that legalized abortion and established viability as the standard for when abortion can and cannot be restricted.