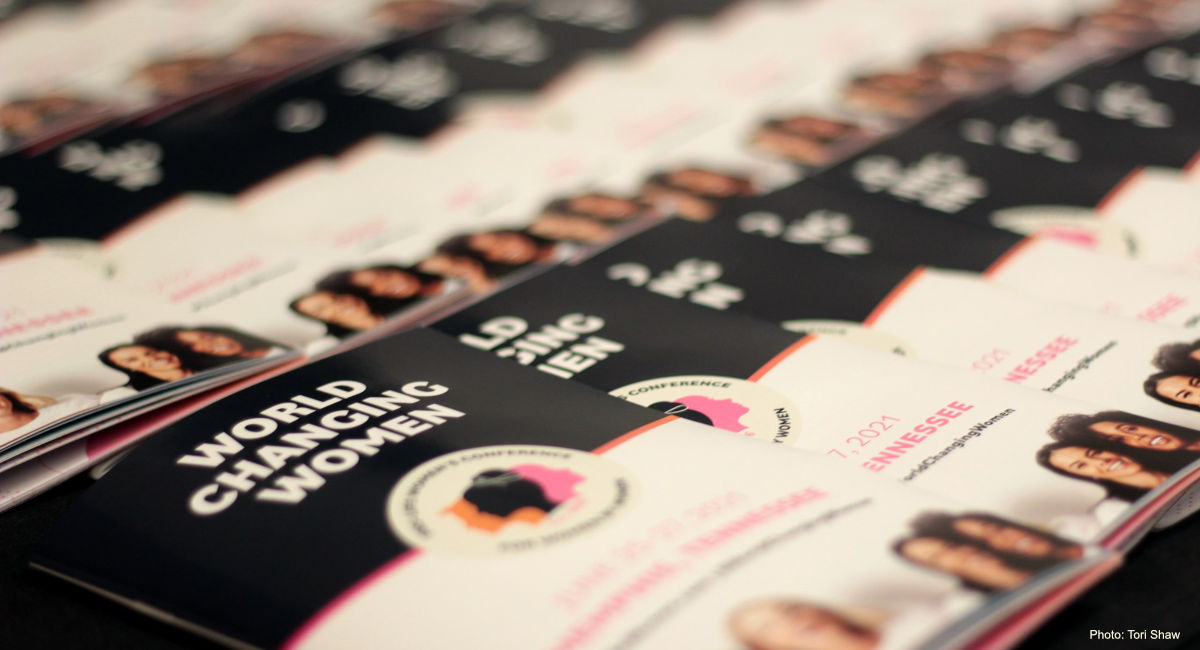 With last year’s conference canceled due to Covid-19, approximately 700 women were eager to gather in Memphis, Tennessee, the weekend of June 24-26, 2021, to encourage one another and spur one another on in the fight against abortion.

“World Changing Women” was the theme of this year’s conference, which defined the diverse group of women well. The Emcee for the event was Lauren Muzyka of Sidewalk Advocates for Life, who boldly opened the conference by saying, “We are here to end abortion!”

A fashion show with a country flair kicked off the weekend, with models wearing attire by Culture of Life 1972, a fashion brand that supports pro-life values. Keynote speakers for the weekend included Jennifer Maggio, CEO of The Life of a Single Mom Ministries; Alison Centofante, Director of External Affairs at Live Action; Kelly Lester, Outreach Coordinator for ProLove Ministries; and conference founder, Abby Johnson. Each inspirational story received a standing ovation.

A powerful moment during the conference came during a panel of abortion survivors moderated by Melissa Ohden, an abortion survivor and speaker associated with the Abortion Survivors Network. As the panel shared their stories, Ohden noted, “For survivors, there is an additional layer of miraculousness with life.” 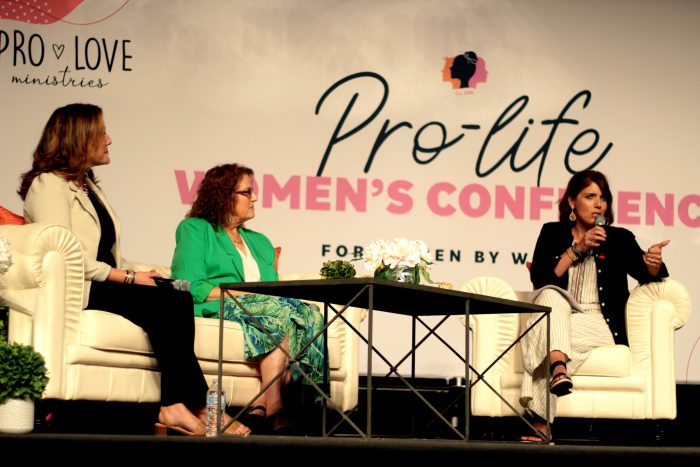 As of Friday, June 24, 2021, the Abortion Survivors Network is composed of 388 people who have survived various types of abortion. It’s believed that tens of thousands of these survivors exist, but exact numbers are unknown due to the lack of reporting required. It has been confirmed that over 100 babies in just five states survived their abortions in recent years.

Another eye-opener occurred on Saturday morning, in an exercise facilitated by Pam Whitehead of ProLove Ministries. Attendees completed a questionnaire about their personal experiences, and the papers were folded and passed multiple times throughout the group so that each woman represented an anonymous sister whose paper they held. Women stood up acknowledging that another in the room had experienced things such as rape, abortion, depression, and substance abuse. More than half of the room stood in agreement with the statements, “I have had sex to feel loved at some point in my life,” and, “I have suffered from anxiety.” Shockingly, more than 75% of the room stood in agreement with the statement, “I have kept these issues a secret because I was afraid of being judged.”

Every attendee was moved by the exercise as it proved that all present, regardless of age, race, size, location, or economic status, has dealt with difficult things. Whitehead acknowledged, “We’re in a room full of brave women!”

Saturday’s Healing After Abortion panel was moderated by Karen Barbito, the Director of Programming with Support After Abortion. This group of courageous women expressed that nine out of 10 women with an abortion in their past have no idea where to find healing. The importance of post-abortion healing has gone unnoticed because, Barbito said, “Abortion and its effects are minimized by our culture.” But with events like the PLWC, awareness is growing.

The conference came to an end on Sunday with a Telemedicine Abortion Discussion Panel moderated by Dr. Marguerite Duane of F.A.C.T.S. The panel noted that the abortion pill can be obtained via webcam by women up to 11 weeks pregnant without an ultrasound. Awareness about the abortion pill and its many risks is key as the pill’s availability increases. The panel also explained how the Abortion Pill Reversal Network can play a role in saving the lives of the unborn when a mother changes her mind after taking the first pill in the regimen, mifepristone.

Lisa Searle, a former Planned Parenthood employee turned APRN Hotline Nurse Consultant, shared that the abortion industry is unhappy with APRN’s life-saving initiative, but said, “If our culture believes women should have a choice, they should also have the choice to reverse the abortion.”

Abby Johnson, former Planned Parenthood director and founder of the Pro Life Women’s Conference, brought the event to a conclusion with her keynote speech, reminding all pro-life advocates of the importance of solidarity in this fight. “I want us to be united. I want us to stand up for one another. I want us to be bold and not worry about offending someone with the truth. When we are divided, babies die, and women are hurt. When we are divided, we all fall.”