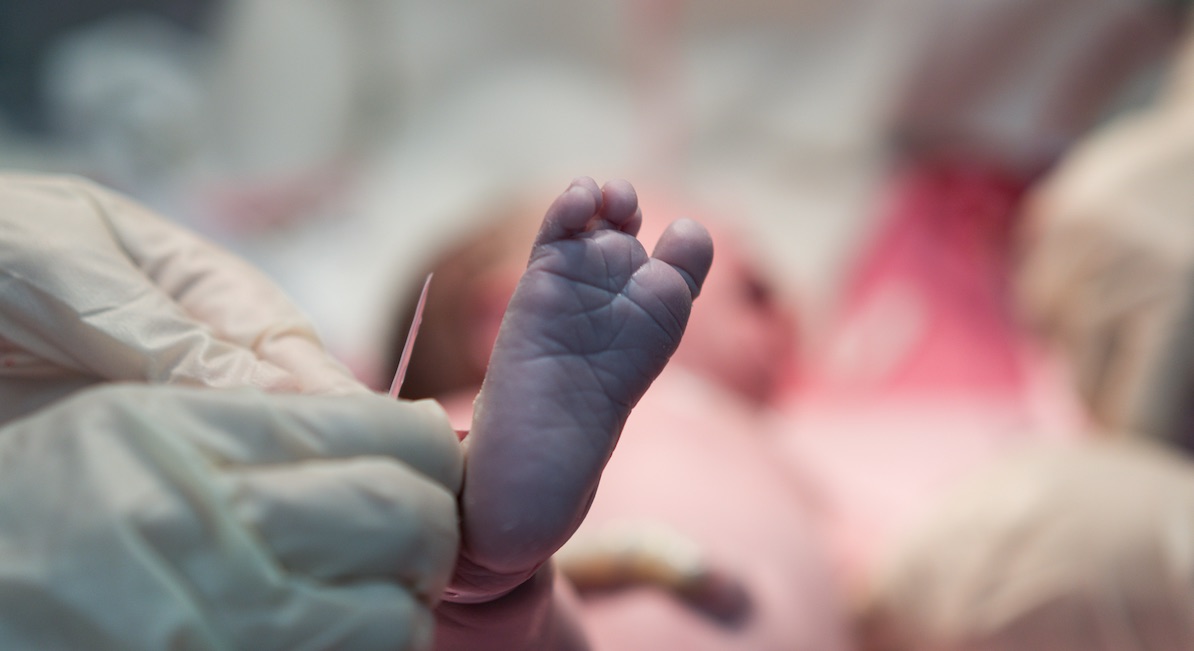 Abortion reports from just five states reveal that over 100 babies were born alive following abortion attempts in recent years. Since the 1973 Roe v. Wade decision legalizing abortion throughout the US, stories about the so-called “dreaded complication” — a term abortionists have used to describe babies surviving abortions — have surfaced.

Though many abortion advocates have denied that infants survive abortion, reporting agencies have already disclosed information proving that it still occurs, and just this month, Congresswoman Tulsi Gabbard (D-Hawaii) introduced legislation in the U.S. House of Representatives aimed at protecting abortion survivors by ensuring they receive care after birth instead of medical neglect. 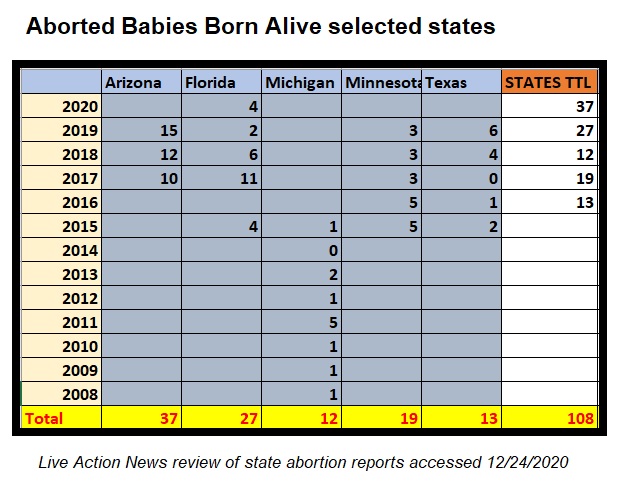 For decades, those committing abortion have either actively killed abortion survivors or left them to die without care. And yet, this practice of infanticide should not come as a shock when it has been endorsed by eugenically-minded abortion supporters. As Live Action News previously reported, eugenicist Garrett Hardin, a  founding member of NARAL, stated, “If abortion did not solve the planning problem there was always infanticide to fall back on….”

Looking at the data, it is clear that Hardin’s words echo still today. Despite only a handful of states requiring abortionists to report infants who survive abortion, Centers for Disease Control and Prevention (CDC) data reviewed by the Charlotte Lozier Institute found that “nationwide, between 2003 and 2014 at least 143 babies died after being born alive during botched abortions, though the CDC also states this could be an underestimation.”

Below are a handful of examples:

Thirty-seven reports involving a “fetus or embryo delivered alive after an abortion” have been submitted to Arizona’s health department, along with the physician’s statement documenting the measures taken to preserve the life of the preborn child since 2017: (15 in 2019, 12 in 2018, and 10 in 2017).

Live Action News previously documented that in Florida, 27 babies were reported as born alive during abortions between 2015 and August 2020. Four of the 27 were born alive in 2020.

The State of Minnesota uses the term “comfort care” in its reports but in each case admits the infant did not survive. Since 2015, at least 19 babies have been known to have survived abortions in the state. More by year below…

Live Action News previously reported that in the state in 2015, five infants survived abortion procedures, according to a report of induced abortions presented to the legislature.

As a result, State Representative Jeff Leach released a statement on his social media accounts (Facebook and Twitter), calling for state officials “and the appropriate law enforcement agencies, with the full weight and force of Texas law” to “investigate and unleash holy hell on those responsible for these heinous crimes.”

Rep. Leach was a sponsor of the Texas Born-Alive Infants Protection Act, passed by lawmakers in 2019. 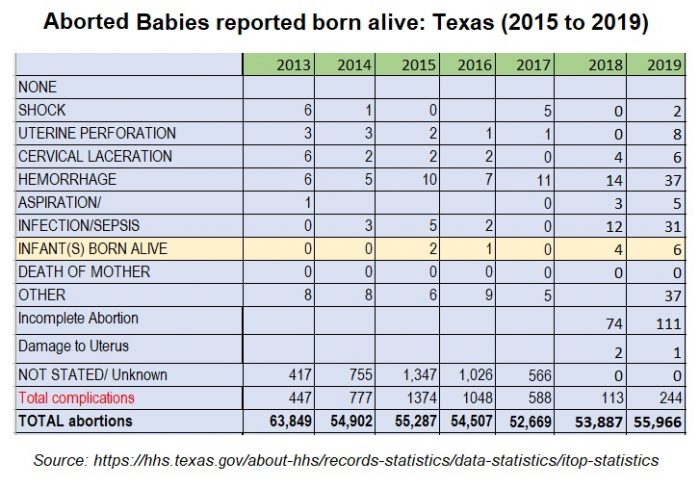 There is no indication who committed these abortions in Texas, but years ago, three former staffers from a Houston abortion facility graphically detailed how they saw an abortionist kill babies after they survived abortions:

Today, the term “dreaded complication” has been replaced by a new euphemism: “after-birth abortion.” Popularized in a 2012 paper entitled, “After-birth abortion: why should the baby live?” published by the Journal of Medical Ethics, the authors claimed “fetuses and newborns do not have the same moral status as actual persons.”

Offering medical assistance to a child that is born alive, even after a failed abortion, should not be controversial. Perhaps 2021 will be the year Congress will finally act.