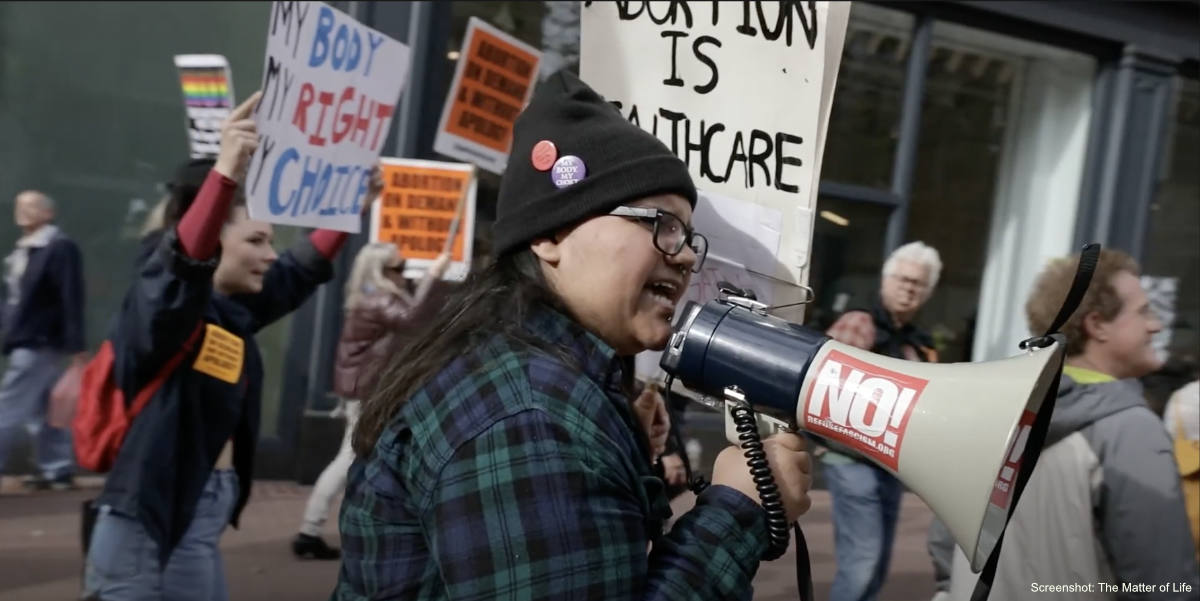 Filmmaker Tracy Robinson once considered herself to be “personally pro-life,” but while attending a pro-life presentation called “The Case Against Abortion Choice,” she became fully pro-life. Shocked that she had never heard such information about abortion before, Robinson felt called to create her documentary film, “The Matter of Life,” which would educate other personally pro-life Christians and individuals to see the reality that abortion intentionally ends the lives of innocent human beings.

“When someone has a ‘personally pro-life’ attitude, it indicates to me that they haven’t fully grasped the humanity and personhood of unborn babies,” Robinson told Live Action News. “Knowing what I know now, ‘I’m personally pro-life’ is a roundabout way of saying, ‘I’m pro-choice.’ The meaning really is: ‘I’m okay with abortion except in the case of my own babies.’ This was previously my attitude until I was educated on what the act of abortion really does. So while working on the movie I was able to empathize with an audience of this mindset.”

Robinson’s path to pro-life advocacy began while she was creating promotional videos for Ventura County Pregnancy Center. She was supportive of and “touched” by what the pro-life pregnancy center was doing to help women and babies. “But,” she said, “as for the abortion issue, I was apathetic.” Her family had never discussed abortion and she had been through the public school system’s “comprehensive sex education.” While attending film school, she became a Christian during her senior year when a friend brought her to church. It was 10 years later that she attended that pro-life presentation that propelled her to make the film.

“The presentation completely struck me,” she explained. “I was stunned by the fact that I had never heard this information before and I knew there were so many millennials in my shoes. The idea for the documentary felt like it was ‘downloaded’ to me at that moment. I believe it was the help of the Holy Spirit.”

The Matter of Life equips people to understand the issue of abortion through interviews with pro-life advocates on the front lines and personal stories of women, including sexual assault survivor Jennifer Christie, who became pregnant when she was brutally raped. It also exposes the violent truth of what is involved with an abortion, and details how legalized abortion came into existence in the United States, including the truth about the men who urged the women’s rights movement to adopt a pro-abortion position.

“[A]s Christians, we ought to know the facts before forming an opinion, and watching the film is a great way to do that,” said Robinson. “[…] I once considered abortion to be a tertiary issue that would likely always exist in the political arena and that there’s not much we can do about it. I used to feel, as many do, that the topic is far removed from my daily life and therefore insignificant. But it’s not removed from us — there are approximately 2,700 women per day having abortions in the United States. This issue affects the lives of so many people around us — including many in our churches. We ought to know both what we believe about it and what we can do about it.”

The Matter of Life is a moving and emotional film and was awarded Best Documentary and the Sanctity of Life Award at the Christian Worldview Film Festival in 2021 where it was also the runner-up for audience choice. On May 16 and 17, filmmaker Tracy Robinson, RevelationMedia, and Fathom Events are releasing The Matter of Life in theaters. Tickets for the two-day event can be purchased at Fathom Events. Interested individuals and groups can also hold a screening of the film in their own community.

Robinson encourages anyone interested in learning about abortion to watch the film, including those who are personally pro-life or pro-choice Christians. Those who are already working in the pro-life movement can use “The Matter of Life,” she explained, as “a powerful tool to increase community awareness — especially church awareness — and recruit more people to get on board” with pro-life advocacy.

Likewise, Robinson hopes that church leaders who have been hesitant to speak out about abortion bring the film to their congregation. “Remember that 4 in 10 women who’ve had an abortion attended church in the month they became pregnant,” she said. ” Many (both women and men) suffer in silence or leave the church altogether. So Christians have a huge opportunity to love and minister to an unreached group of people.”

Men have been told by society that they should remain silent on abortion, but The Matter of Life shows why this should not be the case. Pro-life men should use their voices to protect women and babies from abortion. “To men who have been told by the culture that the abortion issue is not their problem nor any of their business — I’m especially thrilled for them to watch the film,” said Robinson. “Men have been sold a lie about abortion but they in fact have a major role to fill in the fight.”

It is Robinson’s hope that those who watch the film are “compelled to use their own unique talents, expertise, and gifts to help end abortion in their own community.” She believes, “The more people that do that, the sooner the abortion industry will topple.”

Editor’s Note 4/20/22: This article was updated with information on the film’s theater release dates.