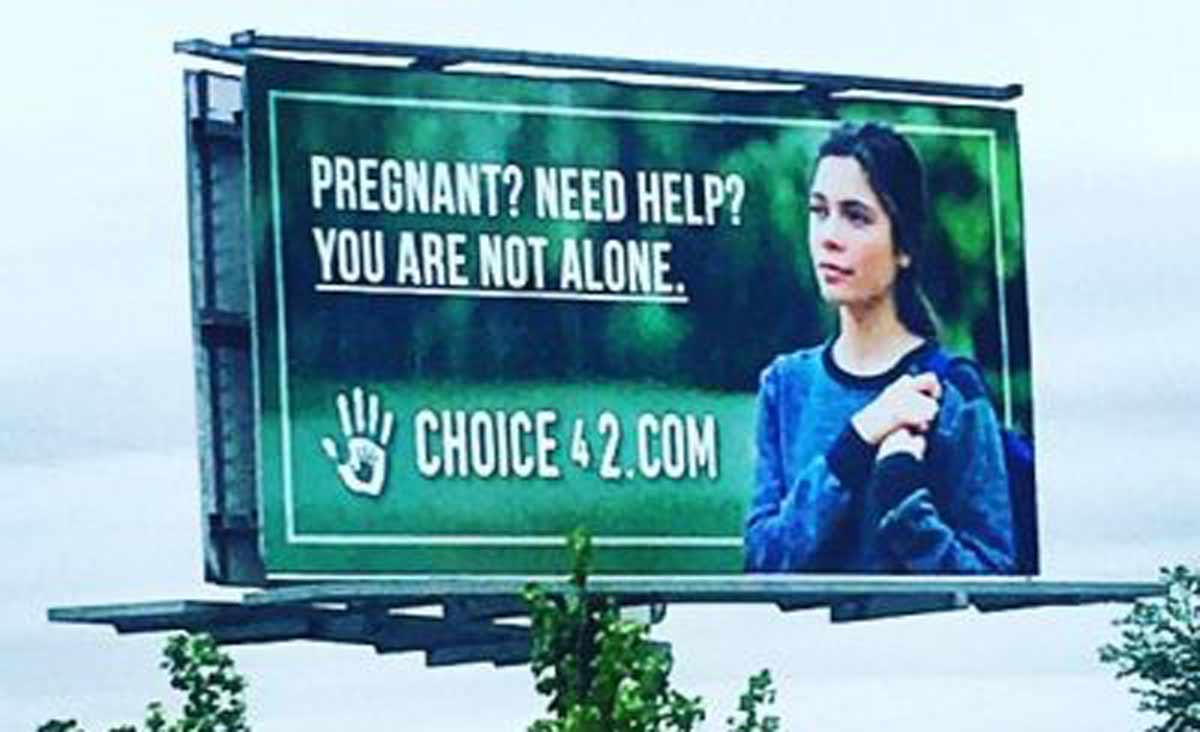 A roadside pro-life billboard sponsored by the pro-life group Choice42 has been removed after just one week because it received too many complaints, and the landowner where it was placed was threatened.

Choice42 announced the ad company’s decision in a May 31 Facebook post, which read, “Just got word that our billboard up in Peterborough is going to be taken down. Apparently, the ad company received many complaints and pro-aborts even stopped at the farm and make [sic] threats to the owners whose land it is on.”

The pro-life billboard in question displayed a very simple message, saying “Pregnant? Need help? You are not alone. Choice42.com.” According to Caldron Pool, the billboard was erected last week in Peterborough, Ontario with a contract that would have it remain up for two years.

After learning of the ad company’s decision to terminate the contract early, Choice42’s founder and director Laura Klassen put an open letter to the company’s owner on her Facebook page. In her letter, Klassen reiterated the success that other Choice42 billboards have had. “The thing is, the billboards we do have up. . . have actually helped to save babies’ lives. Women have reached out to us after seeing our message and we were able to help them with baby items, rent, groceries, and emotional support. We are an organization that actually helps women,” she wrote. “We are letting the other side bully us into silence and babies are the ones who are paying the price.”

The billboard’s removal is especially unfortunate because Choice42 had difficulty finding an ad company that was willing to display it in the first place. Klassen earlier indicated on Facebook that several advertising companies rejected the billboard outright because it was “too controversial.”

Klassen also used the letter as an opportunity to point out that the very first thing that someone sees when they go to the website Choice42.com is the organization’s latest video. This compelling video, called “So, You’re Pregnant,” asks women to think twice about automatically choosing abortion when they are faced with an unplanned pregnancy.

Klassen ended her letter with a simple plea to the pro-life ad organization to do the right thing. “I’m asking you to please reconsider and to leave our billboard up,” she wrote. ‘Please don’t let the pro-abortion movement bully you. Please be a voice for baby Canadians.”