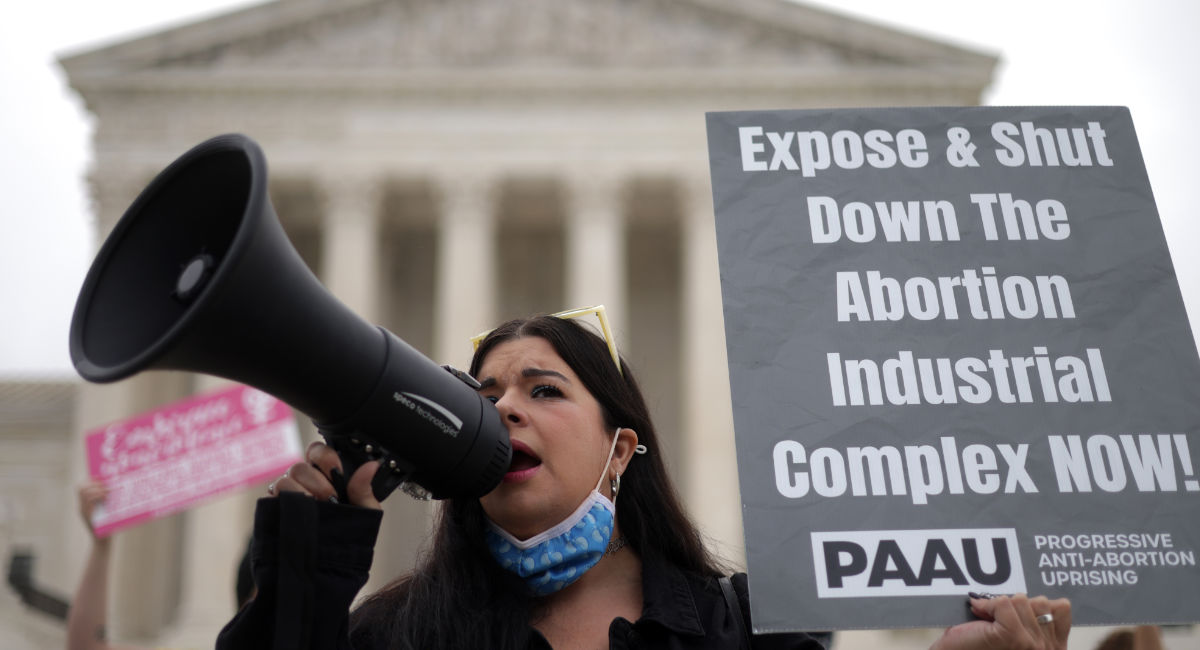 Activists from the pro-life group Progressive Anti-Abortion Uprising (PAAU) gathered outside the Washington Surgi-Clinic in Washington, D.C., yesterday to announce a $25,000 reward for any abortion facility worker who provides information that leads to the conviction of notorious late-term abortionist Cesare Santangelo, the facility’s owner.

PAAU held a press conference to make the announcement. “We are here today holding this press conference outside of Washington Surgi-Clinic to announce a reward of $25,000 for any clinic worker who is willing to testify, under oath, to the crimes committed by Cesare Santangelo at this clinic,” said Herb Geraghty, who was speaking on behalf of PAAU.

As Live Action News has previously reported, the remains of 115 aborted children were discovered on March 25 by PAAU activists Lauren Handy and Terrisa Bukovinac. Physician experts have told Live Action that five of those children were likely old enough to survive outside the womb, and at least one may have been killed using an illegal abortion procedure known as a D&X abortion procedure, more commonly known as “partial-birth” abortion. Others may have died by infanticide. A timeline of events related to the discovery of the remains can be found here.

READ: ‘Justice for the Five’: Key facts about the discovery of the aborted babies in DC

While significant pressure has been placed on D.C. Mayor Muriel Bowser and D.C. Police Chief Robert J. Contee III to investigate the remains of these children, thus far no action has been taken against Santangelo or his abortion practice. Instead, Bowser has insinuated that the Department of Justice should investigate Handy for her role in recovering the remains.

In a 2013 Live Action undercover video, Santangelo noted that he kills preborn children by cutting the umbilical cord and waiting for them to die by cardiac arrest. When asked by the investigator, he also said that he and his staff “would not help” any child born alive after an abortion to ensure survival — despite federal law that requires him to do so.

“We know that Cesare Santangelo has been doing abortions, elective abortions up until birth in the district for decades and when any time someone is doing late-term abortions like that, there is a concern that they might be relying on partial-birth abortions or even infanticide in order to commit some of these abortions because of the lack of oversight,” Bukovinac previously said in an interview with The Christian Post.

PAAU has several more activities this week in its “Justice for the Five” campaign, including a rally outside the Department of Justice on Thursday and a demonstration outside the D.C. Medical Examiner’s office on Friday.