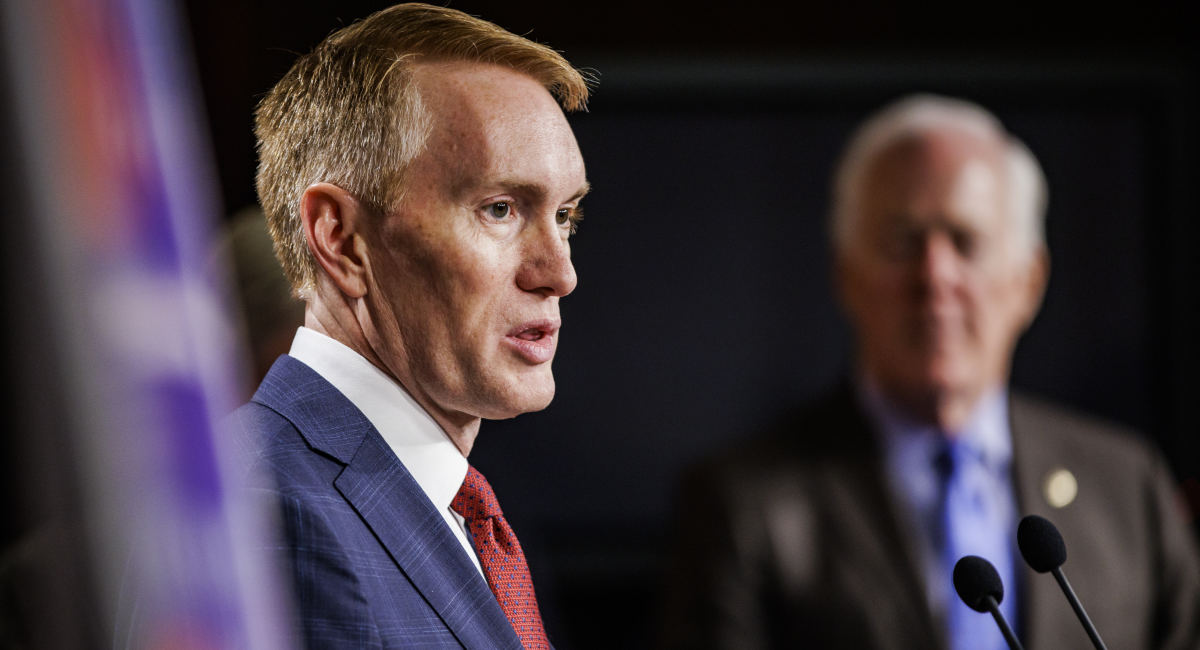 Multiple members of Congress sent a letter today to Mayor Muriel Bowser and Police Chief Robert J. Contee III of Washington, D.C., calling for a thorough investigation into the cause of death for the five aborted children discovered outside the Washington Surgi-Clinic, an abortion facility located in D.C.

The babies, assessed by medical experts to be later in gestation and potentially killed by illegal methods, were obtained last week by activists associated with the group Progressive Anti-abortion Uprising (PAAU).

“Last week, D.C. Metropolitan Police recovered the remains of five preborn children apparently from the Washington Surgi-Clinic in Washington, D.C., a facility operated by the late-term abortionist Dr. Cesare Santangelo. Instead of ensuring that the horrific deaths of these children were properly investigated, Metropolitan Police made the assumption that each child died as the result of a legal abortion,” reads the letter. “It is our understanding that this assumption was made without conducting any medical evaluations. We also understand from press reports that the D.C. medical examiner does not plan to perform autopsies on the children. This is completely unacceptable.”

According to a recent press conference, PAAU allegedly retrieved the deceased infants from an employee of the medical waste company, Curtis Bay Medical Energy, as he loaded the box containing the bodies into his truck outside the abortion facility. The pro-life group later contacted the Metropolitan Police Department, and the bodies were collected by the Office of the Chief Medical Examiner. Curtis Bay denies any involvement in transporting human remains.

D.C. authorities, however, have indicated that no autopsies will be conducted because the children are assumed to have been legally aborted. Ashan M. Benedict, the executive assistant chief of police, said at a news conference last week that the children “were aborted in accordance with D.C. law, so we are not investigating this incident along those lines.”

The letter, led by Senator James Lankford (R-Okla.), and Rep. Jim Jordan (R-Ohio), was co-signed by Sens. Thom Tillis (R-N.C.), James Risch (R-Idaho), Mike Braun (R-Ind.), Jim Inhofe (R-Okla.), Roger Marshall (R-Kans.), Josh Hawley (R-Mo.), and Mike Crapo (R-Idaho), and many others. Pro-life groups signing the letter in agreement include Americans United for Life, Catholic Vote, Live Action, March for Life, National Right to Life Committee, the Susan B. Anthony List, Students for Life Action, and others, makes a strong note about federal laws which protect infants born alive after abortions from being left to die or directly killed. They also prohibit D&X (partial-birth) abortions, during which a preborn child’s body is delivered up to the head and then the abortionist cuts into the skull to suction out the contents of the brain and kill the child.

The bill contains the signatures of 23 lawmakers.

“Congress passed the Born Alive Infants Protection Act to provide equal protections for children who are born alive during an abortion. If the bodies of other babies who were not aborted were recovered in a similar fashion, it would be hard to imagine Metropolitan Police declining to conduct a thorough investigation into the death of each child,” the letter states in part.

“While other horrific methods of abortion unfortunately remain legal for the time being, killing a child through a partial-birth abortion is a crime under federal law. Under the Partial-Birth Abortion Ban Act of 2003, a partial-birth abortion occurs when a physician partially delivers a living child for the purpose of performing an overt act that intentionally takes the life of the child. The U.S. Supreme Court upheld the federal ban on partial-birth abortions in Gonzales v. Carhart in 2007,” it also reads.

“These five children, like all children, have inherent value and deserved better than abortion – they deserved life. But at a minimum, they deserve to have their deaths investigated to ensure that no D.C. or federal laws were broken,” the letter adds. “… [W]e have an obligation to conduct oversight over the District of Columbia (D.C.), to ensure D.C. upholds laws enacted by Congress, particularly those enacted to protect and uphold the sanctity of human life.”

In a recent Live Action News report, experts weighed in regarding one of the babies, whom they believe may have been the victim of a partial-birth abortion. Another recent Live Action News report unearthed a Google review of the Washington Surgi-Clinic where the infants’ bodies were obtained, indicating that a past patient of the facility who was 27 weeks gestation at the time of her abortion fears her child could have been born alive during her abortion.

“Based on evidence collected at the time of recovery and photos that have been publicly shared, all five of these children appear to have developed well past the point of viability, and likely suffered severely painful abortion procedures, though without an autopsy, it is not known how each child died. For example, one baby girl has significant damage to her head, with deep lacerations at the back of the neck, and may have been victim of an illegal partial birth abortion. Another baby was found in its amniotic sac and could have been born alive,” the letter notes.

The lawmakers are demanding a “thorough investigation” be conducted into the death of each child and expect authorities to “preserve all of the children’s remains as evidence and conduct autopsies” and allow for the babies to be “properly and respectfully” buried.

The letter asks the mayor and police chief to respond to the following:

In addition to these lawmakers, PAAU, Live Action and other pro-life leaders are calling for autopsies to be conducted on the children’s bodies to determine whether they were terminated by illegal means.

Live Action founder and president Lila Rose noted in a press release, “Live Action stands with these members of Congress in firm solidarity. We will accept nothing less than justice for the five children who medical experts think may have been victims of illegal partial-birth abortion, or even born alive and then killed…. Full and fair investigations must be conducted into the abortionist responsible for the savage acts against these innocent children. And finally, the bodies of these children should be properly buried with respect and dignity. We are grateful for this leadership from these members of Congress.”

Rose added, “We’re urging those who believe in equal protection under the law to stand alongside members of Congress and demand justice by calling the mayor’s office and asking that the DC Medical Examiner conduct autopsies on the babies in their possession. The number is (202) 727-2643.”