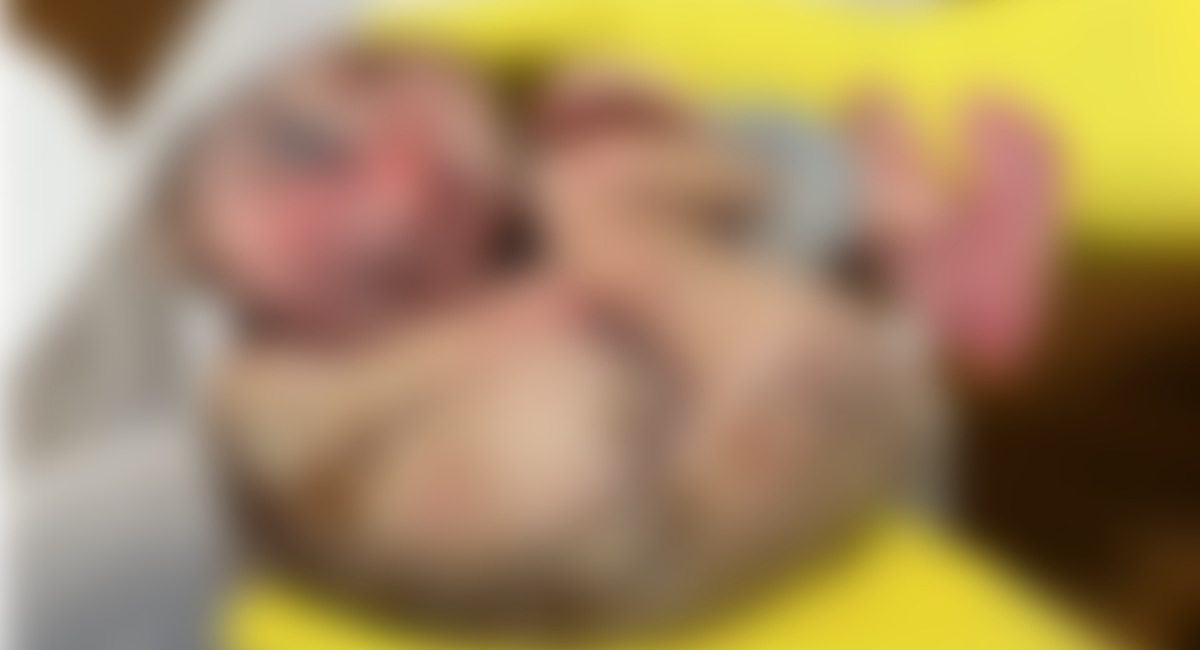 On April 5, Sen. James Lankford (R-OK) and other legislators penned a letter to Washington D.C. Mayor Muriel Bowser and D.C. Police Chief Robert J. Contee III calling for an investigation into the cause of death of five babies found in the medical waste outside of the Washington Surgi-Clinic abortion facility in D.C. who appear to have been viable or near-viable. Bowser responded on Friday, telling Lankford that the Department of Justice (DOJ) should investigate the pro-life activist who discovered the bodies, not the abortionist who may have committed infanticide and broken federal law.

“In response to your letter of April 5, 2022, regarding the indictment of Lauren Handy of the Progressive Anti-Abortion Uprising for extremist anti-abortion activity in the District of Columbia in 2020, and relatedly, her claim of responsibility for tampering with fetal remains as reported last week, we refer your questions to the United States Department of Justice,” wrote Mayor Bowser.

“The Metropolitan Police Department (MPD) is in consultation with the United States Attorney’s Office for the District of Columbia on both matters. The above referenced indictment and Ms. Handy’s claim of responsibility for March 30, 2022, and MPD’s discoveries are, potentially, serious violations of federal law. The investigation is ongoing,” she concluded. 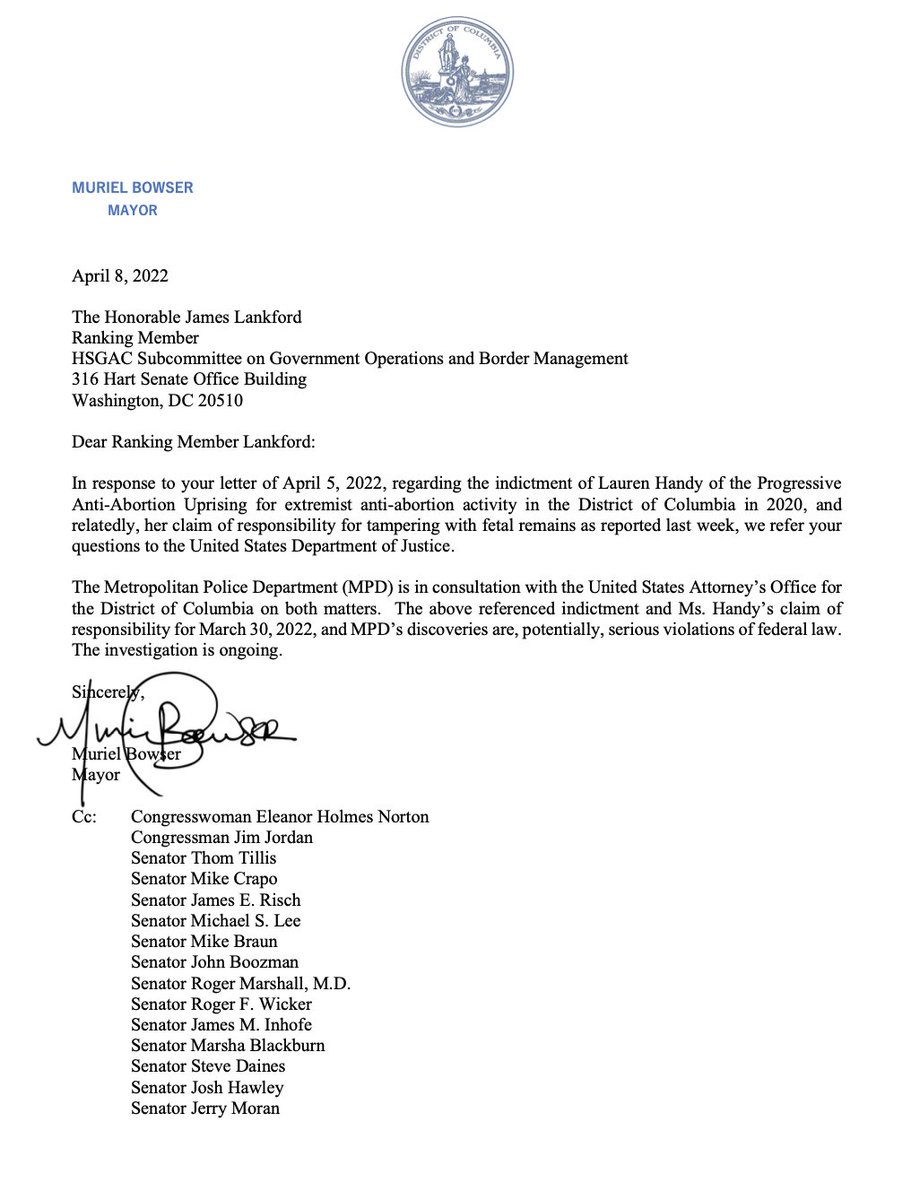 In short, Mayor Bowser thinks the DOJ should investigate the person who exposed the possible infanticide of abortion survivors and revealed the possible use of the federally prohibited D&X abortion procedure, more commonly referred to as partial-birth abortion. The Born Alive Infants Protection Act states that children who are born alive during an abortion must be given medical care to help them survive. The Partial-Birth Abortion Ban Act of 2003 banned the use of the brutal D&X abortion procedure which involves delivering the child in the breech position to the neck and then stabbing the child at the base of the skull. The U.S. Supreme Court upheld that ban in 2007.

“This response tells me @MayorBowser thinks revealing the death of children is a crime, not taking the lives of children,” Sen. Lankford said in a tweet. “Where are the babies? What has happened to them? Will they investigate or consider, for 1 sec, the possibility innocent lives are being taken for profit in DC?”

This response tells me @MayorBowser thinks revealing the death of children is a crime, not taking the lives of children. Where are the babies? What has happened to them? Will they investigate or consider, for 1 sec, the possibility innocent lives are being taken for profit in DC? pic.twitter.com/f1xPTJWzXn

Lila Rose, Founder and President of Live Action, responded to Mayor Bowser’s letter on Twitter, stating, “@MayorBowser‘s non-response to the demand letter from Congress about the deaths of 5 infants points to obstruction of justice and utter disregard for the rule of law. According to expert medical analysis, the children’s mangled bodies show evidence of federal crimes.”

Handy along with the Founder and Executive Director of Progressive Anti-Abortion Uprising, Terrisa Bukovinac, found the bodies on March 30, 2022, after retrieving a medical waste bin from the truck driver who was in possession of it. After bringing it to Handy’s apartment, they discovered 115 aborted babies, including the five who are considered old enough to have survived outside the womb. They named them, offered a funeral for the 110, and called the police to retrieve the other five.

At least one of the five babies discovered may have been subjected to and killed by the use of the federally banned D&X partial birth abortion procedure. Neonatologist Dr. Kendra Kolb explained, “This baby appears to be somewhere between 28-30 weeks gestational age, with evidence of deep lacerations to the posterior neck which presumably correlates to the method of abortion used to end her life.” The baby girl was named Harriet by the pro-life activists who found her.