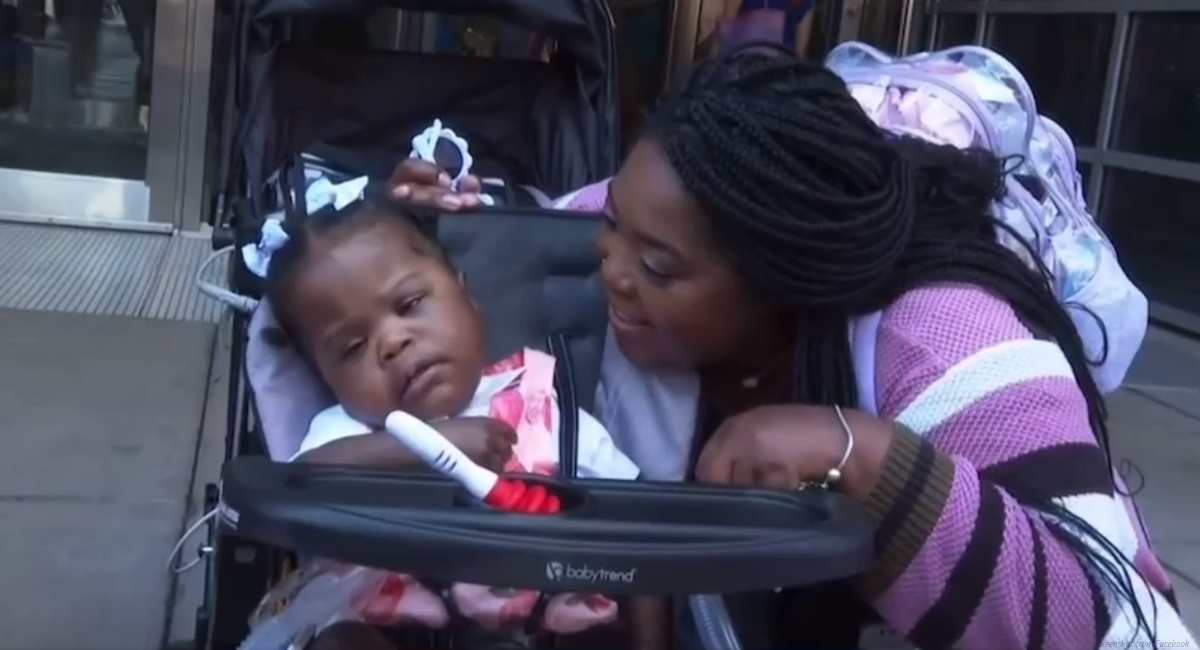 A family in Illinois is celebrating in a big way now that their 18-month-old preemie is finally able to go home after spending her entire young life in the hospital.

Little Autumn was born in March 2021 at just 23 weeks gestation. At the time, she weighed just 1.1 pounds and had a number of medical complications, including bronchopulmonary dysplasia (BPD), a type of chronic lung disease. Doctors gave the tiny preemie a 50% chance of survival.

“When a patient is about to deliver at 23 weeks, we know that [the baby’s] survival is about 50% … and so Autumn was given a 50-50 chance of survival when she was first delivered,” Dr. Megan Lagoski, a neonatologist at Lurie Children’s Hospital in Chicago, told Good Morning America.

Autumn continued to struggle with the condition, which required her to transfer to a different hospital when she was five months old, a necessity that her mother, Tyler Robinson, described as “very scary.”

“It was [a] very risky transfer at that but I knew we needed to go ahead and get her to a specialist for more eyes,” Robinson said.

Thankfully, the specialists at the hospital were able to treat Autumn’s lung disease. “She actually did require some sedation or some extra medications to help her stay calm while her lungs slowly healed from this period of sickness,” Dr. Lagoski said. “But once we got her to good support on the breathing machine, we were able to come off of that and we were able to help her start to do normal baby things and have more interactions that were meaningful with her mother.”

Robinson said that Autumn spent a total of 524 days in the hospital, but that she made it a priority to visit her daughter every day.

“I talked to her and I would tell her, ‘Autumn, it’s OK, if you’re ready to go. … But if you’re not ready to go, and you want to keep fighting this good fight, mommy gonna keep fighting this good fight with you and we’re gonna keep doing this together no matter what,” Robinson said. “I would just pray on my baby, talk to my baby, sing to my baby.”

Robinson also told Good Morning America that she wants to bring more awareness to the difficulties that parents and caregivers can experience while caring for a preemie in the NICU. “In September, it’s NICU Awareness Month and that’s something I need to highlight, [the need to have] more counselors. Talk to parents about this PTSD [and] childbirth that is so traumatic,” Robinson said.

“I mean, I’m still going through it,” she added. “I still have the screams in my head from parents. They can hide it but it’s real out here and nobody [knows] about it unless they’re living in it. And it’s not just the parents, these nurses have to see these, these doctors, everybody. It’s a different world.”

While the experience is difficult, she also reiterates that the NICU “is a wonderful place.”

“You see miracles, my baby is a miracle,” she said, “but let’s not stray away from also the pain that us parents see and feel from the other parents.”