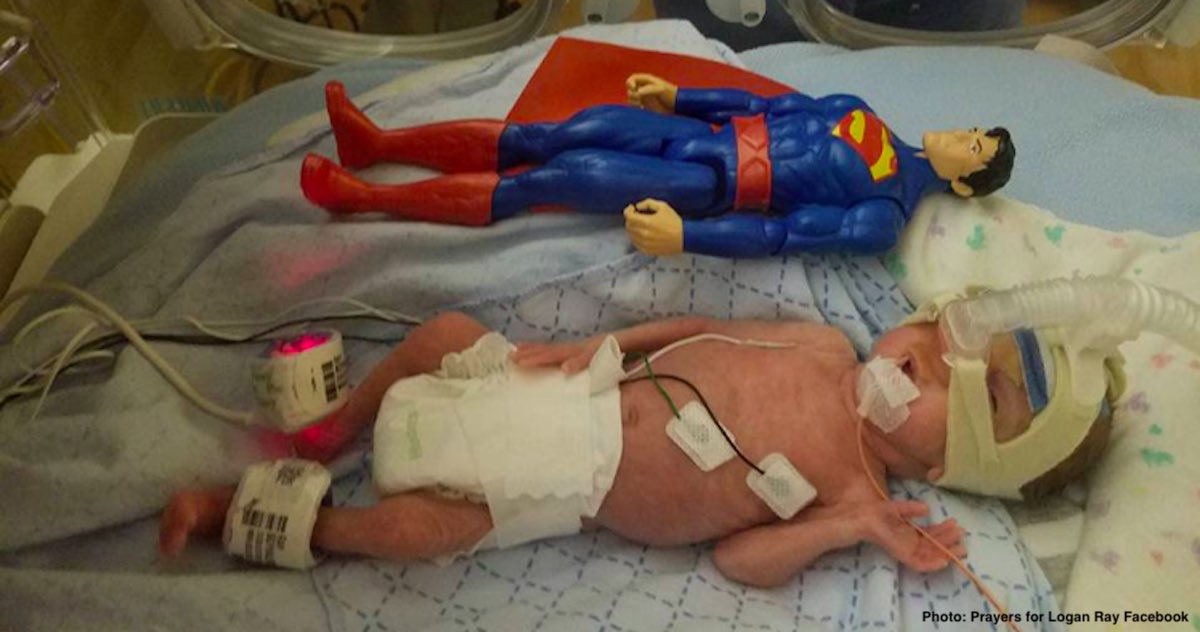 The parents of a premature baby boy have been chronicling his growth over the first four years of his life in a cute and effective way: by posing him next to a Superman action figure, and the difference is remarkable.

Logan Ray was born four months premature in July 2016, at just 23 weeks and five days. He weighed only one pound, seven and a half ounces and was 12 inches tall. He was so small he was considered a “micro preemie” but he was also the same size of a Superman doll.

“It was terrifying,” his mother Valerie Ray recalled of his birth. “But the fact that the doctor held him up and I could see his little stomach and attempting to get air, obviously he had to be put on the ventilator, but he was a good color.” 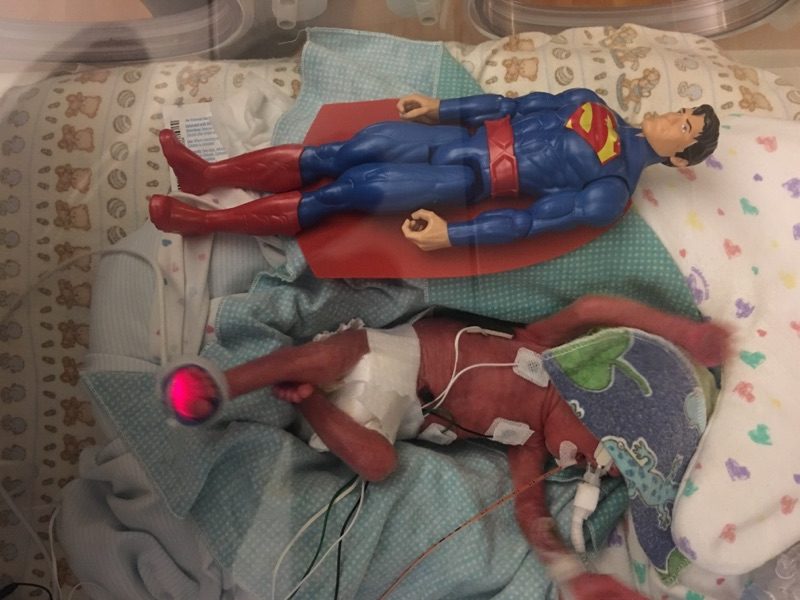 According to CNN, their journey to his premature birth began at 20 weeks when Valerie had a “gut feeling” something was wrong. She and her husband Robert went to the hospital and doctors told them that Valerie’s cervix needed a stitch procedure to keep her from going into labor. Unfortunately, it was not successful. Doctors warned the couple to expect a miscarriage.

“She was determined,” Robert said of his wife, whom he credits with saving their son by following her instincts. “There was no way she was going to change her mind from trying to save him.” 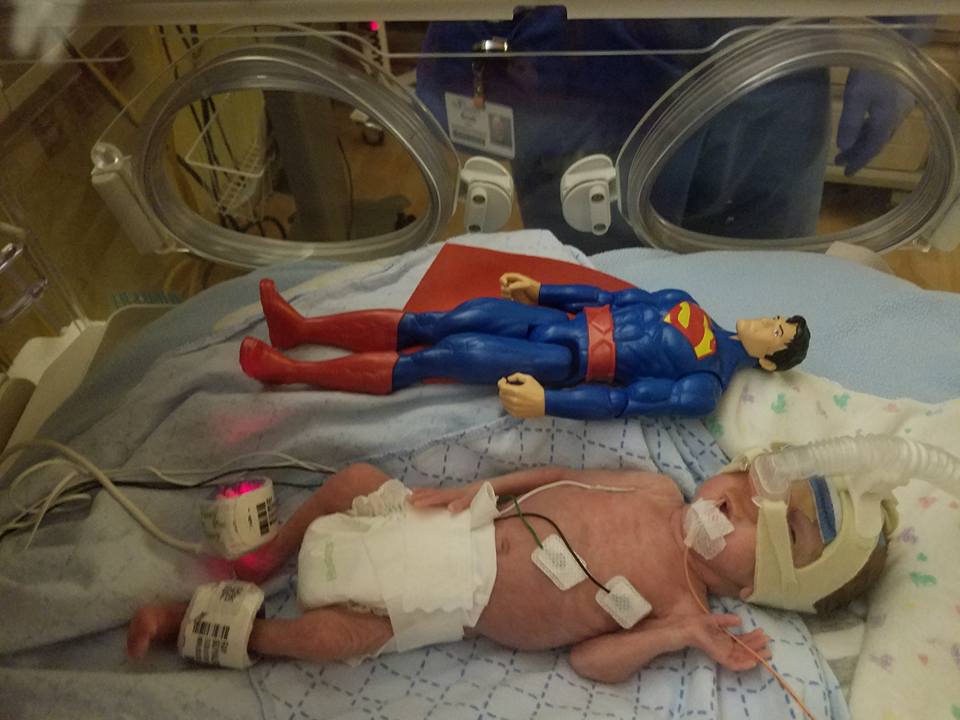 Logan at one month. Photo via Facebook group Prayers for Logan Ray.

Valerie began bed rest immediately, with her head positioned lower than her feet. She stayed that way for the next 20 days in the hopes of extending her son’s time in the womb. “Rob and I said that we’re not leaving the hospital, and whether he’s born tonight or whether he’s born four months from now, we’re staying here,” said Valerie.

It was just a few weeks later that Logan was born. He spent 105 days in the neonatal intensive care unit.

“I felt like I had failed him, and that was hard, but I think I quickly changed my attitude,” said Valerie. “I still to this day feel guilt, honestly, but with him being in the NICU, I wanted to stay as positive as possible and I encouraged my husband as well.” 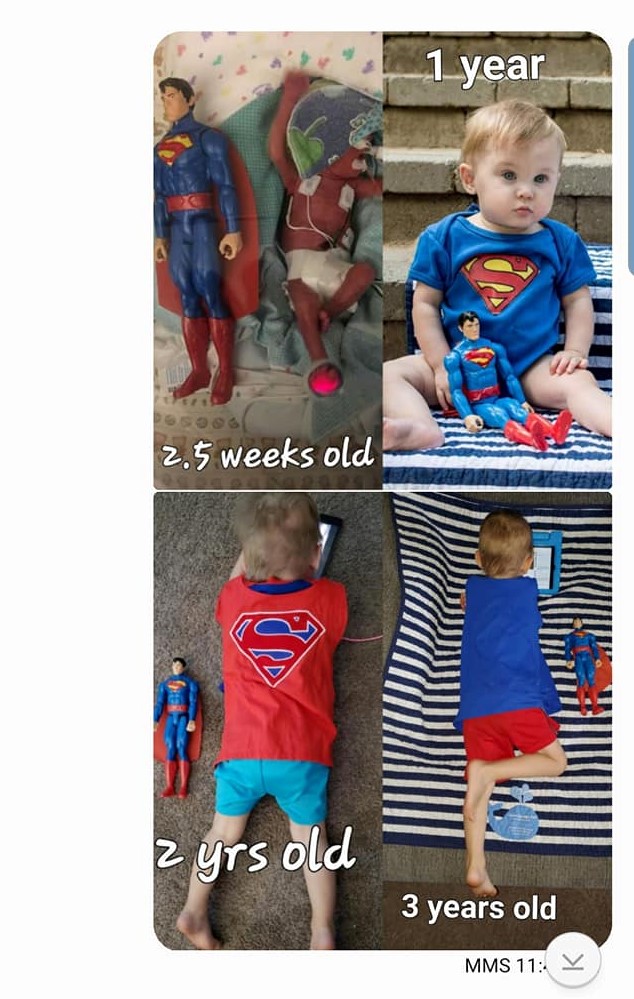 Logan over the years. Photo via Facebook group Prayers for Logan Ray

At the suggestion of a nurse, the couple took their first picture of Logan next to the Superman toy, which the couple thought was “perfect.” They began taking weekly pictures of Logan with Superman and then switched to monthly. Now, it’s a birthday tradition. For his fourth birthday, Logan received the gift of a baby sister, Madison, born just shy of 37 weeks.

“I think there is a reason she was born on his birthday,” said Valerie. “Like God knew I needed a little extra help.” 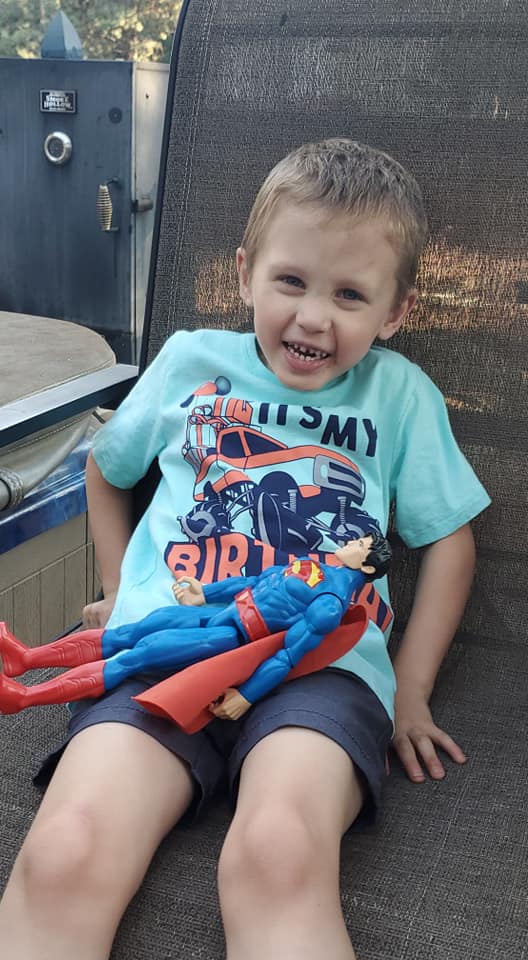 The couple said they hope to start a non-profit to help families with babies in the NICU cover the costs of traveling back and forth. They said they feel “[b]lessed, thankful, amazed,” and they want to pay it forward.

Babies born as young as 21 weeks have survived with medical assistance. While some hospitals are not well-equipped for caring for micro-preemies, more hospitals are taking the steps to change that. The organization TwentyTwoWeeks has created a map to help families find hospitals that are willing and able to care for their babies in the event of premature birth.