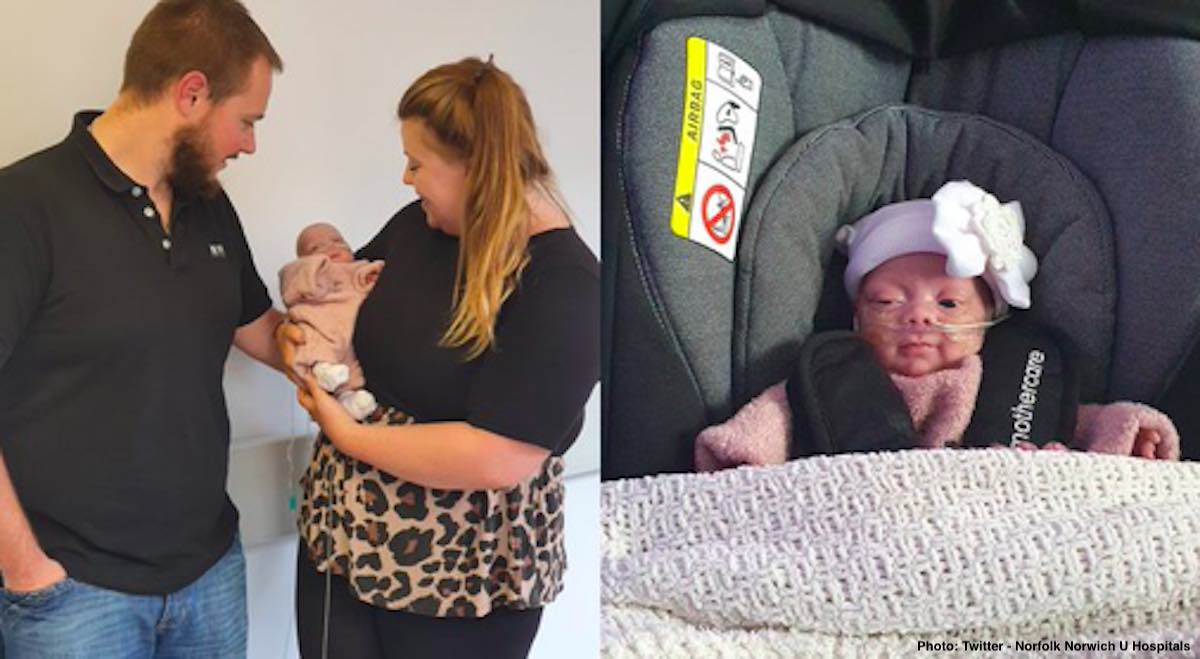 Across social media, the organization TwentyTwoMatters is sharing the stories of babies born at 22 weeks who were provided with medical support at birth, and therefore, are thriving today. At hospitals across the country, there are disparities in how premature babies are treated. Desperate parents at some hospitals have watched helplessly as medical professionals refused to help, while parents at other hospitals have watched medical professionals do everything possible to save their children. TwentyTwoMatters seeks to raise public awareness about the survival rates of babies born so young and has created a map of hospitals willing to help rather than walk away.

As the age of viability (the ability to survive outside the womb) continues to move closer to the 21-week mark, most hospitals still lag behind, believing that it’s impossible to save a baby born younger than 24 weeks.

“The Lies We Were Told”

We are still willing to accept your videos until THIS Sunday & add them to the series! #TwentyTwoMatters pic.twitter.com/aVf7qypsGg

“In an interview with The New York Times about 20 years ago, I said that 24 weeks was the youngest baby we could save, and I didn’t foresee being able to save babies born any earlier because of the rate at which the lungs develop,” explained University of Iowa neonatologist Dr. Edward Bell. “I’m happy to say I was wrong; I don’t like to make predictions about what we can’t do because so often ‘can’t’ turns into ‘can.'”

TwentyTwoMatters has mapped only about 100 hospitals around the globe confirmed to have saved at least one baby born at 22 weeks. For these fragile children, where they are born matters. Right now, the best place to be born prematurely appears to be the University of Iowa Stead Family Children’s Hospital, where the chances of survival are strikingly higher than elsewhere.

👶Last Tuesday was very special for one family as they took home daughter Lilly, who was born more than four months prematurely. Lilly Rae is the most premature-born baby the team has cared for to survive to go home.

Considered an expert on premature babies, Bell started the Tiniest Babies Registry in 2000 to track the premature births of the smallest surviving babies. He has tracked over 225 babies born weighing less than 14 ounces.

“Starting out as a preemie is not hopeless, but it’s important that these babies receive active treatment quickly,” said Bell. “Even the smallest babies have a chance to live, and if they survive, a good life is likely.”

Hannah Hembree wrote: Lakyn is ONE!! Given a 0% chance of survival on this day a year ago, she is thriving in every area today! #TwentyTwoMatters pic.twitter.com/1ZJgFNEfGl

That willingness to try has helped UI Stead Family Children’s Hospital save 70% of babies born there at 22 weeks over a 10-year period. TwentyTwoMatters told Live Action News that USA Children’s & Women’s Hospital in Mobile, Alabama is also leading the way with a level 3 NICU and a 68% survival rate for babies born at 22 weeks.  Yet only nine percent of infants born in other locations around the U.S. at 22 weeks have survived.

TwentyTwoMatters hopes to inspire more doctors and hospitals to follow the lead of Bell and his multi-disciplinary team to help more babies survive. The label of “viability” is constantly moving and will be different for every child. Regardless, each of these children, from fertilization onward, is a human being with a life worth fighting for.

Editor’s Note 6/29/20: This article was updated with new details regarding hospitals saving babies born at 22 weeks.