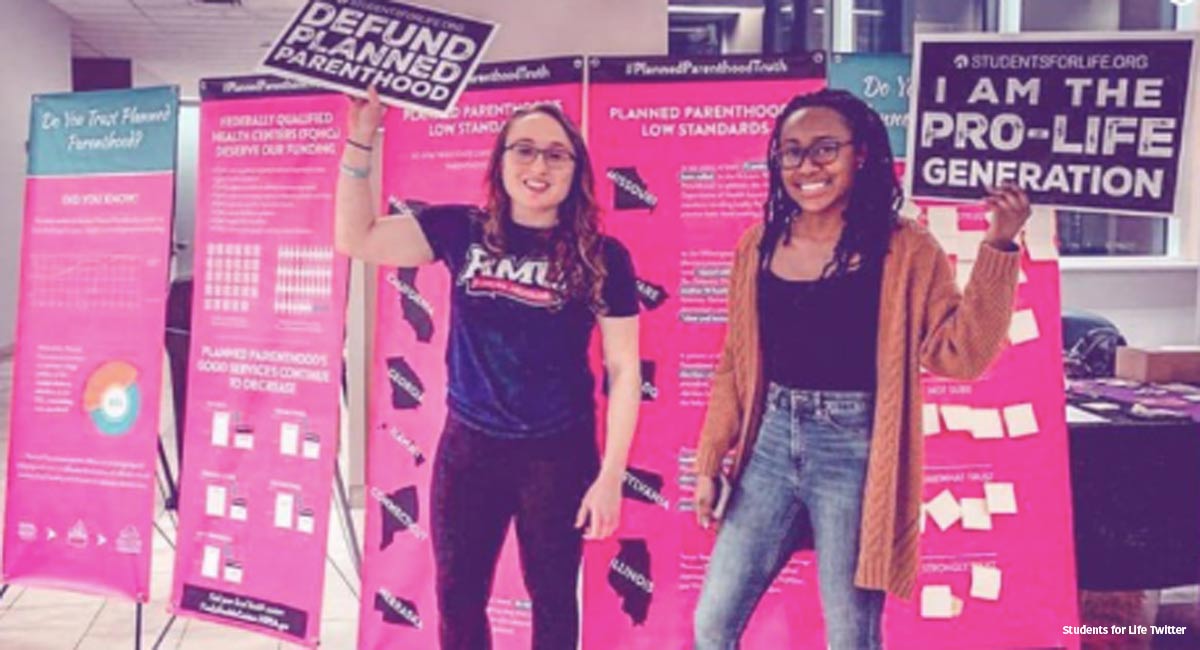 While being vocal about one’s pro-life beliefs on a college campus is often risky, with pro-abortion students vandalizing pro-life displays with alarming frequency, one Students for Life campus group’s outreach reported some changed minds.

At the end of the display, Xavier students had spoken with 110 individuals on campus about Planned Parenthood, and at least 33 people to whom they spoke reported that they had a change of opinion about the corporation, shifting from once trusting the organization to reconsider. 68 percent of those visiting the display stated that Planned Parenthood shouldn’t get taxpayer funding, and just 19 percent said they would “strongly trust” the abortion giant’s services, or trust it with taxpayer funding. Xavier U’s Lily Hutkowski said that “other groups have even had success getting students to cancel their appointments after seeing the display.”

SFLA’s Matt Lamb noted that the results of the Xavier University display “mirror[ed] the results that the Institute for Pro-Life Advancement, the research arm of Students for Life of America, found when they polled Millennials on issues like Roe v. Wade and Planned Parenthood….” That particular poll gave respondents information about things like Planned Parenthood’s increasing abortion numbers, declining legitimate healthcare, increasing revenues (profits), and taxpayer funding, and then asked for favorable or unfavorable responses.

The poll found that just seven percent of Millennials hold the same position as the Democratic Party on abortion: taxpayer-funded abortion without restrictions.