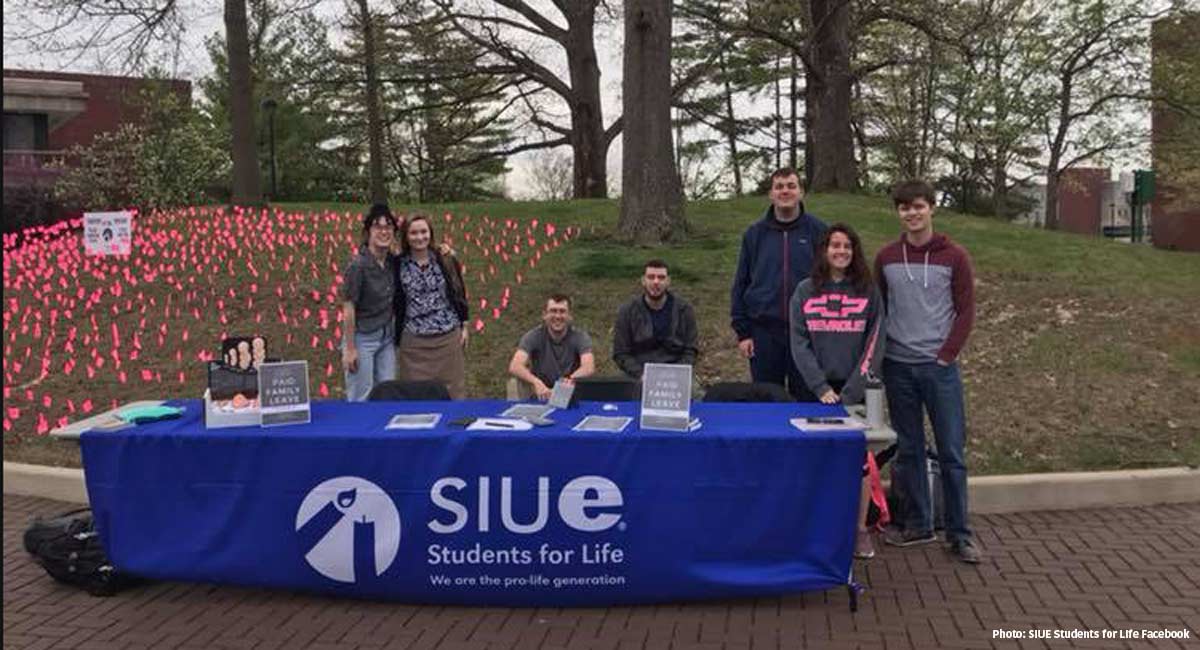 An Illinois chapter of Students for Life is reporting vandalism of one of its college displays. The group at Southern Illinois University-Edwardsville (SIUE) reported that a sign marking a cemetery display was stolen. The group wrote of the incident on its Facebook page:

Yesterday, we had a Cemetery of the Innocent display at SIUE to show how many innocent lives are lost in just one year to abortion (926,000 in 2014, the most recent data from the Guttmacher Institute). Unfortunately, our sign was taken just before we were going to pick up the display.

While it was disappointing to see the animosity some have for the pro-life cause, there were many positive points from the day. We had discussions with students about abortion in a compassionate and understanding manner, and many students saw the the display while our sign was still up. We also collected signatures in support of smart paid family leave proposals in Congress. Thank you to everyone that came out to help with the display; even though it can be hard on days like yesterday, we are lucky to have the chance to stand for those who can’t stand for themselves.

This isn’t the first time that the pro-life message has been attacked on SIUE’s campus. The school’s Students for Life displays were also vandalized twice in April 2018. In the first incident that month, a Cemetery of the Innocents sign was painted over and in the second incident, the group’s pro-life chalk messages were erased.

Vandalism of pro-life displays on college campuses isn’t limited to the SIUE campus. Students for Life is also reporting recent attacks against its pro-life displays at both The College of New Jersey and Southern Methodist University. In an effort to highlight the prevalence of these types of occurrences, Students for Life has an interactive map tracking instances of vandalism against its campus groups since 2012.

While Students for Life is one of the biggest campus pro-life groups, other organizations are also facing harassment. In the second week of April, pro-life events sponsored by Augustana Republicans and Augustana LIFE Runners at Augustana University in South Dakota were hit with vandalism. Another instance occurred last fall against the pro-life group Created Equal at Indiana University.

Despite the setbacks, college pro-lifers are committed to keeping up their fight for life while remaining positive in the process. As Sarah Minnich, the Illinois Regional Coordinator for Students for Life of America, noted, “Even though a pro-choice vandal tried to ruin their display, SIUE Students for Life had a successful and powerful display.”