In addition to the Planned Parenthood-supportive media, organizations and individuals who praised the MeToo and TimesUp movements are also silent.  An obvious example can be seen in an article published by pro-abortion Rewire News, which claims its goal is to “[…] foster public knowledge and enlightenment through high-quality evidence-based news, analysis, commentary, and investigative reporting….”

However, while one might expect a level of bias from Rewire News, author Katelyn Burns exhibited not a hint of true journalism in her piece, “Republicans Coordinate With Discredited Anti-Choice Group to Call for Planned Parenthood Investigation.” As I read Burns’ piece, I wrongly anticipated that Burns might mention, with some level of empathy, the victims of sexual abuse, some as young as twelve years old, taken by their abusers to Planned Parenthood and then returned back to the abusers for additional suffering. I assumed Rewire might issue some level of rebuke, token of disdain or outrage regarding theses horrific cases. I assumed Burns might conclude that something is wrong at Planned Parenthood, and side, not with the big corporation, but with actual sexual abuse victims.

Instead of examining all the evidence presented by Live Action, Burns was hyper-focused on the two undercover investigations conducted by Live Action, which (according to media reports) resulted in the firing of at least two Planned Parenthood staffers and one being put on probation by their state’s Department of Health. Without citing any evidence, except a lazy link to a Huffington Post article which made a false claim about a completely separate Live Action investigation, Burns called the undercover stings “discredited and extensively edited ‘sting’ footage.” Burns was so unable to see through her bias that she failed to even acknowledge more than two-thirds of Live Action’s evidence. In so doing, Burns completely disregarded sexual abuse victims like Denise Fairbanks, who, as Live Action detailed, was forced by her rapist to have an abortion. Denise’s cries for help were then — according to the victim, not Live Action — ignored by Planned Parenthood.

Burns also disregarded the sexual abuse victim of predator George Savanah, who, according to the criminal case against him, brought his young victim to Planned Parenthood not once, not twice, but on three separate occasions, and each time it appears that Planned Parenthood returned her to her abuser. 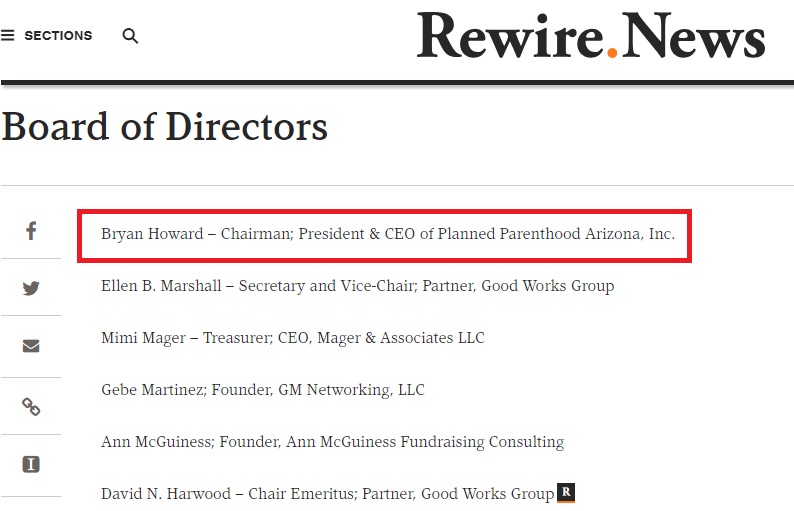 In that case, Planned Parenthood allegedly told a 15-year-old rape victim it wasn’t worth the “hassle” for them to report her rape to police, then also allegedly miscoded the incident as “consensual” sex.

I guess Burns saw no need to reveal this conflict of interest.

We have seen this kind of selective reporting before, when NBC News squashed Ronan Farrow’s initial report regarding the predatory behavior of Harvey Weinstein. Last month, Farrow told Recode Decode, “The fact that there was a veil of silence around the Harvey Weinstein story for decades is not accidental, and there were a variety of systems that kept it silent…. The question of the complicity of the media and the role the media played in keeping this quiet for as long as it was quiet, are important ones.” He added:

I think one reason why I structured those stories… around systems rather than individuals, is because the systems still have a long way to go…. This was a story about the abuse of power and the way in which the most powerful people in this country can manipulate the press, manipulate the judicial and legal process…. These are systems that are still be used every day.

Now, Planned Parenthood’s complicity of silence is shamefully doing the exact same thing, but just as in the Weinstein case and other abuse cases, truth cannot be silenced. It will eventually come out.