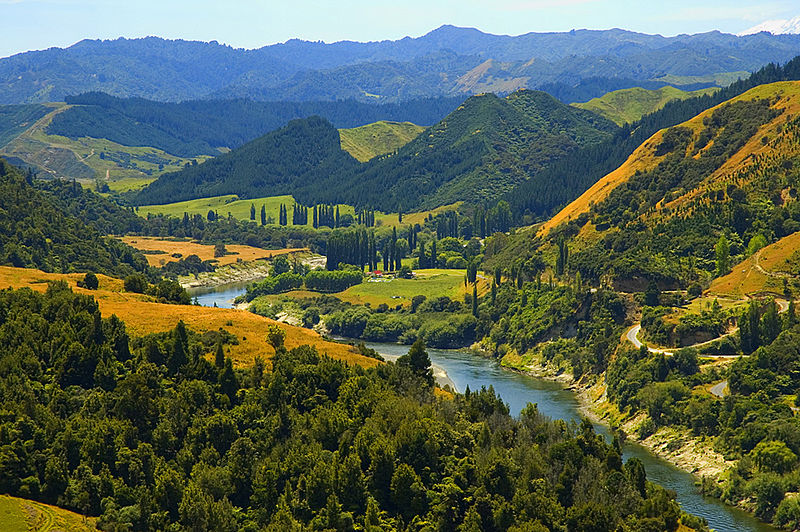 After a fight that lasted 170 years, the Whanganui River in New Zealand has received legal personhood. It is the second place to receive legal personhood in New Zealand after a national park received rights and went from government ownership to a legal entity with “all the rights, powers, duties and liabilities of a legal person.” On March 15, 2017 parliament granted personhood status to the river, which is considered sacred to New Zealand’s Maori Iwi people who will now appoint a member to represent the river along with one member of the government.

The problem? Some actual people don’t even have legal personhood in New Zealand and around the world, but now a river does. In New Zealand, abortion is legal if two certifying doctors agree that continuing the pregnancy would be a serious danger to the mother’s mental or physical health. Factors that may be taken into account include a prenatal diagnosis of the child, age of the mother, and rape. After the pregnancy reaches 2o weeks, it is more difficult to get an abortion as the law states that it is only legal to save the mother’s life, to protect the mother’s physical or mental health, or in cases of prenatal diagnosis. Abortion is also free of charge to any pregnant woman who is eligible for funding.

Despite these laws, which appear to make it difficult to get an abortion in New Zealand, RadioLIVE host Mark Sainsbury writes that the laws in New Zealand making abortion a crime in most circumstances are “a crock.”

“It’s reported that in 2014, 97 percent of abortions [in New Zealand] were carried out on mental health grounds,” he wrote. “Last year there were 13,000 abortions and there are claims one in four Kiwi women have had an abortion. I find these figures staggering and slightly hard to believe. […] The patients, the doctors, the politicians, everyone. They just have to play their part and, nod nod wink wink, it gets done.”

Sainsbury, who calls himself pro-choice, wonders if a law that everyone ignores is even really a law at all. He wants to decriminalize abortion in New Zealand; however, the new prime minister Bill English does not believe the abortion laws need to be relaxed.

Chris Finlayson, Minister for the Treaty of Waitangi Negotiation, said about the Maori people and the river, “In their worldview, ‘I am the river and the river is me.'”

“This legislation recognises the deep spiritual connection between the Whanganui Iwi and its ancestral river and creates a strong platform for the future of Whanganui River,” he told ABC.

So if the Maori people consider the river to be a part of themselves, and the government was able to agree and create a law to protect the future of the river and it’s “spiritual connection,” why would the government ignore the countless people who not only believe, but can scientifically prove, that fetuses are a part of the human family?

Why ignore the fact that the future of those preborn humans and the human race as a whole should be protected as well? What’s a person — a human zygote with its DNA complete at the moment of conception… or a river? Why accept and make rules protecting one group’s belief while ignoring the beliefs of pro-lifers? Are the spiritual beliefs of the Maori people now more important and valuable than those of pro-life Christians and even secular communities who believe in protecting human lives at all stages?

Gerrard Albert, spokesperson for the Maori people, said that there was great concern for the well-being of the river:

We have always believed that the Whanganui River is an indivisible and living whole – Te Awa Tupua – which includes all its physical and spiritual elements from the mountains of the central North Island to the sea.

If a river can be viewed as a “living whole” including “all its physical and spiritual” components, then why would preborn humans not be valued for their own living whole and their own physical and spiritual components? They are unique individuals. Their lives will never be able to be replicated. Their souls will be gone from this earth forever after an abortion, yet the government and the doctors of New Zealand are willing to let rules be broken in the name of “choice.” They are willing to allow humans to be ripped apart by their limbs but will allow a river to own itself.

The question is, if New Zealand doesn’t recognize actual human beings as persons, why would they recognize parts of nature as persons? If the government can say that to the Maori Iwi people “the river is me,” and make a river a person based on one group’s belief, how can they not show the same respect towards the beliefs of those who know preborn children are people? Why not give preborn humans the benefit of any doubt and allow their lives to be lived, if for no other reason than the simple fact that they are the future of the human race and they deserve to be protected from harm?