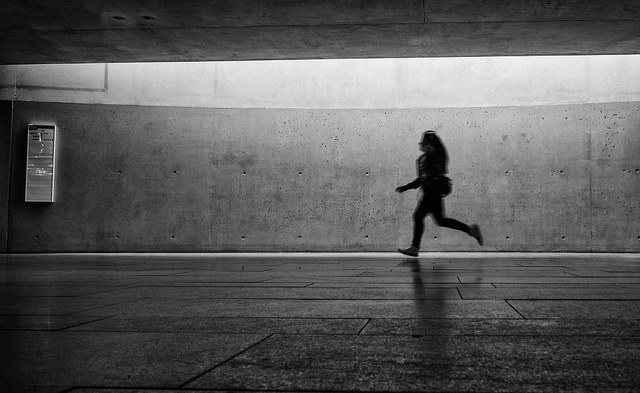 Last year, supporters of abortion organized a Halloween party while 40 days for Life of Buffalo prayed outside an abortion facility where children are killed. But this year, just days after the 40 Days for Life national kick off began, a woman got up off the abortion table and left, literally minutes into the abortion procedure.

The report from 40 Days for Life in Buffalo reads:

Two prayer volunteers met with a young woman outside the abortion center.

She’s about 20 years old and was 11 weeks pregnant. She told 40 Days for Life that when she was inside, the abortion procedure was about to begin. The staff had set up an IV, but for some reason it just wasn’t working. So they had to start over and try again.

When they were trying for the second time to administer the IV, the woman called out, “Stop, stop, stop!”

So they did – and she left the building!

Volunteers were able to give her information about the local pregnancy outreach center as well as additional resources. She took the material… smiled… and waved goodbye.

This recent testimony reflects the amazing story of songwriter and rap artist, Nick Cannon, whose mother got off the abortion table, sparing his life.

Years ago, Cannon made his story the feature of a music video entitled, “Can I Live?” which has been credited for saving many babies from abortion:

This woman’s story is also reminiscent of Live Action’s own Christina Bennett’s beautiful story, where her mother, too, walked out of an abortion clinic when a janitor asked her, “Do you want to have this baby?” YouTube sensation, Kimberly Henderson, walked out of an abortion clinic, choosing life for her daughter, Vaida – who inspired her hit, “Tiny Hearts.” More stories of courageous women – and dads, too – who walked out, sparing their babies lives at the last moment, can be found here.

On Saturday’s Crossexamined show on AFR radio, a caller told an amazing testimony of how his son was spared from abortion just minutes before his scheduled death.

The caller recounted that years ago his wife was so sick during her pregnancy that she lost several pounds, prompting her doctor to suggest that without an abortion, she would die.

The caller spoke to host Frank Turek about what happened next:

We got everything set up, and we went to the clinic that day. I thank God for the pro-life supporters that were outside that clinic, because of their work and their prayers that we are where we are today. But we didn’t listen to what they had to say; we kept on walking and we went in. And we started filling out the paperwork and right before we signed what we call the ‘death certificate to our son,’ God intervened. My wife looked at me and she said, ‘I don’t care if I die, I’m not going to kill our son.’ And we got up, and we walked out. Two weeks later, God healed my wife.

The caller is now sharing his miracle across Texas, where he thanks the pro-lifers who go to abortion clinics to speak out for the unborn child. Even at the last minute, a brave choice for life can be made.

Today, hundreds of babies are saved from abortion as pro-lifers stand in their defense to pray or reach out to their mother with help. We may never know the full impact each pro-life side walk counselor has as they sacrifice day after day for these precious children.