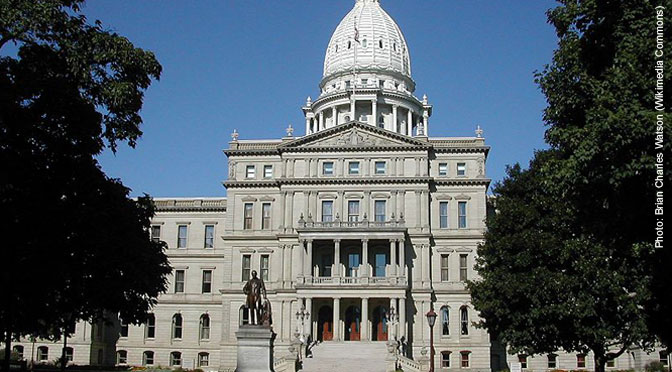 Republican lawmakers in the Michigan legislature have asked the courts to allow them to serve as a defendant in a lawsuit challenging the state’s pre-Roe ban on abortion, which would again go into effect if Roe v. Wade is overturned by the Supreme Court. The move comes after the state’s Attorney General Dana Nessel made it clear that neither she nor anyone in her office would defend the state’s law.

This is the latest in a months-long battle over a 1931 state law that prohibited abortion, which was invalidated by Roe — and which could become state law again if Roe is no more. In April, Planned Parenthood and Michigan Governor Gretchen Whitmer both filed lawsuits asking the courts to overturn the 1931 law and on May 18, it appears they succeeded, with a court ruling putting a temporary injunction in place. In that ruling, Court of Claims Judge Elizabeth Gleicher said that the 1931 law violates the state’s constitution. Gleicher is a donor to Planned Parenthood and has previously argued cases on behalf of the abortion giant.

Nessel has been public in her refusal to defend the state’s law, saying, “I have made clear that I will not use the resources of my office to enforce or defend Michigan’s 1931 statute criminalizing abortion. I refuse to put millions of Michigan women at risk by restricting their access to safe abortions.”

In response to Nessel’s statements, Republicans in both the Senate and the House filed a motion to intervene on Monday night, arguing that the legislature’s interest in defending state statutes is “overwhelming,” especially when the “state official charged with defending the statute in court informed the Court that she would not defend the statute.”

“This phony lawsuit is illegitimate and outrageous,” state Rep. Pamela Hornberger, said of the lawsuit brought by Planned Parenthood. “The plaintiff Planned Parenthood pushing a pro-choice agenda, the defendant Attorney General who has stated she will not uphold the law, and the judge who formerly represented and donates to Planned Parenthood, all want the same outcome. It’s a blatant conflict of interest and undermines the public’s trust in our judicial system.”

Rosie Jones, a spokeswoman for the Senate Minority Leader Jim Ananich, wanted to make it clear that no Senate Democrats were involved in filing the motion. “The public should be aware that Senate Republicans are acting on their own to push their extreme, unpopular views on women’s reproductive rights,” she said. “This is a partisan political play, not an act of the full Michigan Legislature.”

According to the Detroit Free Press, Nessel released a statement on Tuesday reaffirming her refusal to defend the 1931 pre-Roe law. “While many of my colleagues in the Legislature want to strip women of their rights, I will continue to protect women’s reproductive health and their fundamental right to make decisions over their own bodies,” she said.