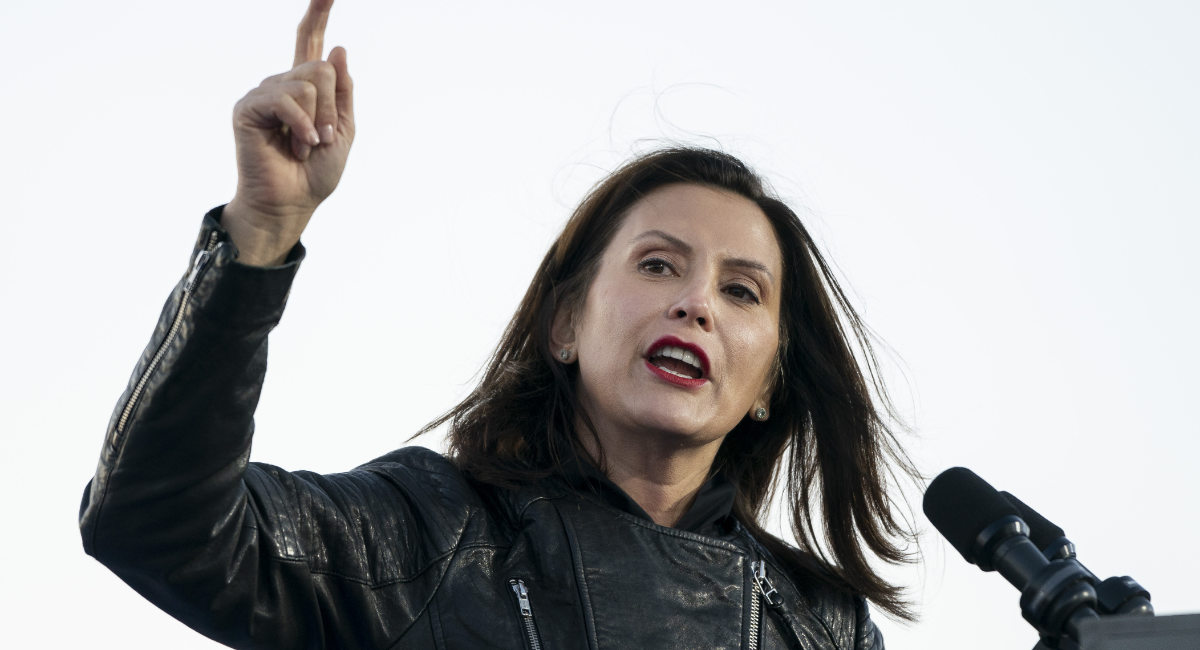 Michigan Governor Gretchen Whitmer has signed an executive order protecting abortion within the state, the latest of her many tactics to forward a pro-abortion agenda. It takes effect immediately.

In the executive order, Whitmer decried the “threat” to reproductive rights, which would “deny women the ability to make informed decisions about their health and bodies.” If Roe v. Wade were to be overturned, as many believe it will be this summer, abortion could become illegal in Michigan thanks to a 1931 law Whitmer called “antiquated.” Yet even if abortion remains legal in Michigan, in other states it may not be if Roe falls — so Whitmer made sure laws in pro-life states won’t affect Michigan abortionists.

Under the executive order, Michigan state agencies are barred from cooperating with any other states or state authorities that are attempting to prosecute someone for committing, undergoing, or assisting in an abortion. It also states that departments and agencies “must … identify and assess potential opportunities to increase protections for reproductive health care.”

“Now is the time to use every tool in our toolbox to protect all aspects of reproductive health care. No matter what happens in DC, I am going to fight like hell so every Michigander can make decisions about their own body,” she said in a statement. “However we personally feel about abortion, health, not politics, should drive important medical decisions. A woman must be able to make her own medical decisions with the advice of a healthcare professional she trusts. Politicians should not make that decision for her.”

“It is incumbent upon those of us who hold public office to exercise the full authority of our positions to extend support and protection for women in our state — and our country,” Nessel said. “That is why I have made clear that I will not use the resources of my office to enforce or defend Michigan’s 1931 statute criminalizing abortion. I refuse to put millions of Michigan women at risk by restricting their access to safe abortions.”

The state’s 1931 ban on abortion was recently suspended by Judge Elizabeth Gleicher, who has previously argued cases on behalf of Planned Parenthood, and is a donor to the abortion giant. Whitmer and Planned Parenthood both filed lawsuits seeking to have the law overturned. Whitmer specifically sought to circumvent lower courts by invoking executive authority, which means the state Supreme Court will be required to intervene. These actions make it clear that Whitmer wants to see Michigan become a haven for abortion, at the expense of the lives of countless preborn children.